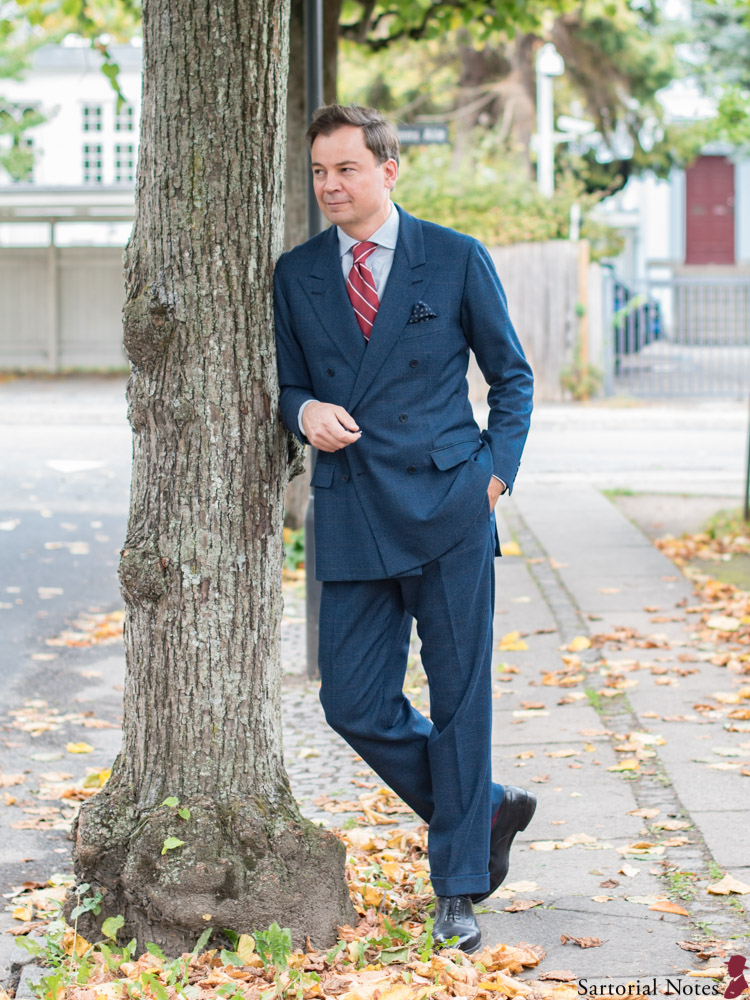 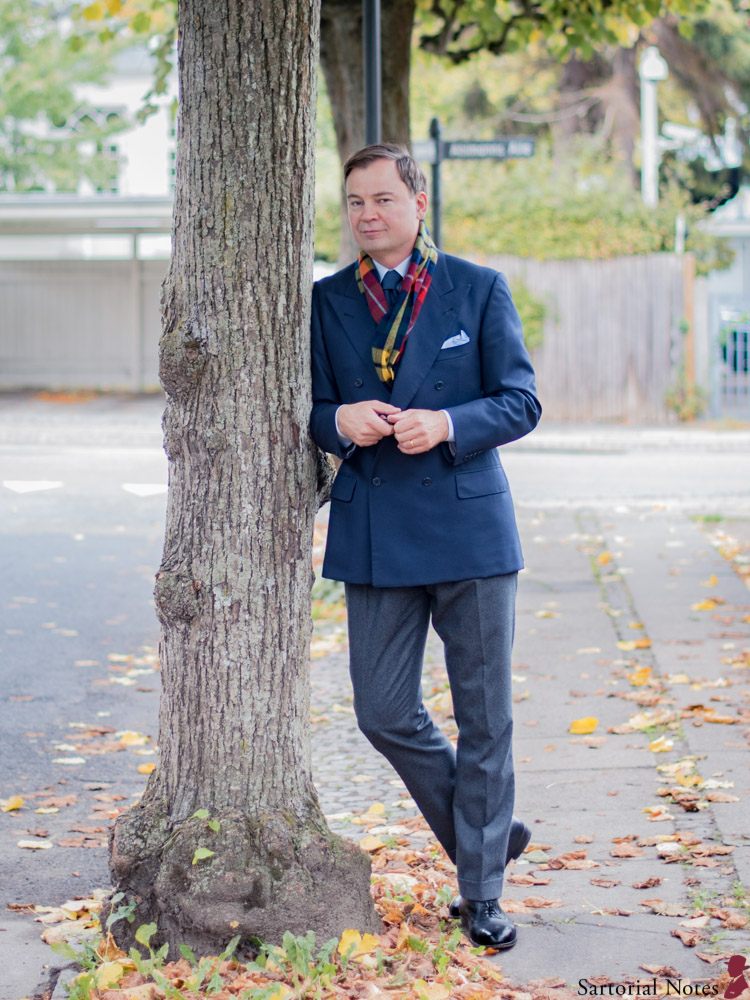 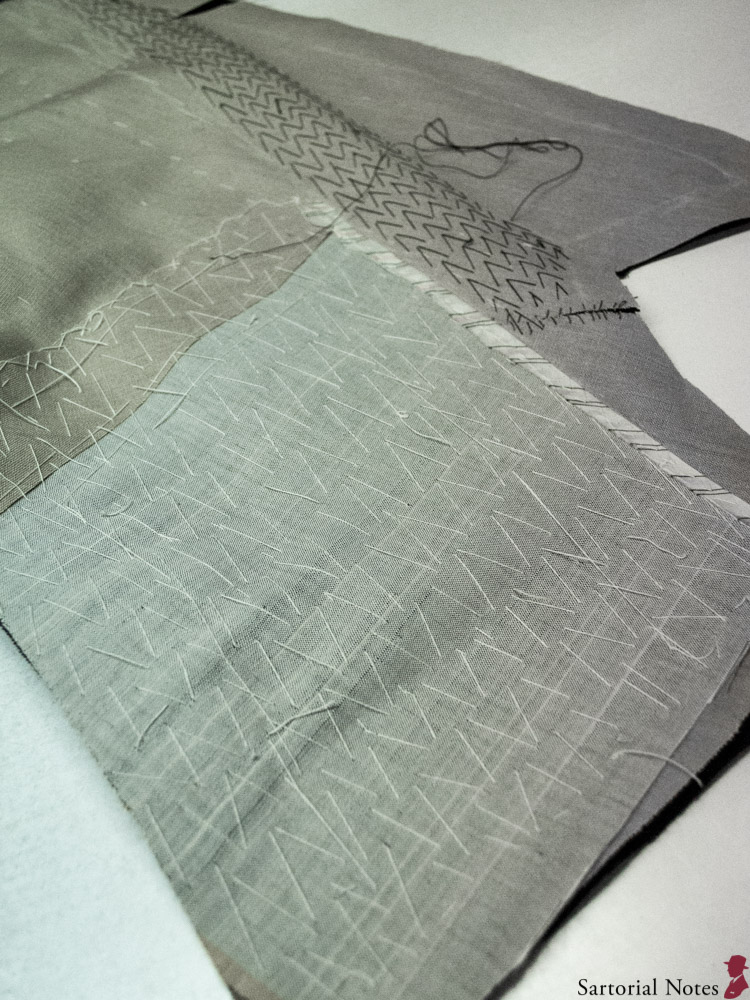 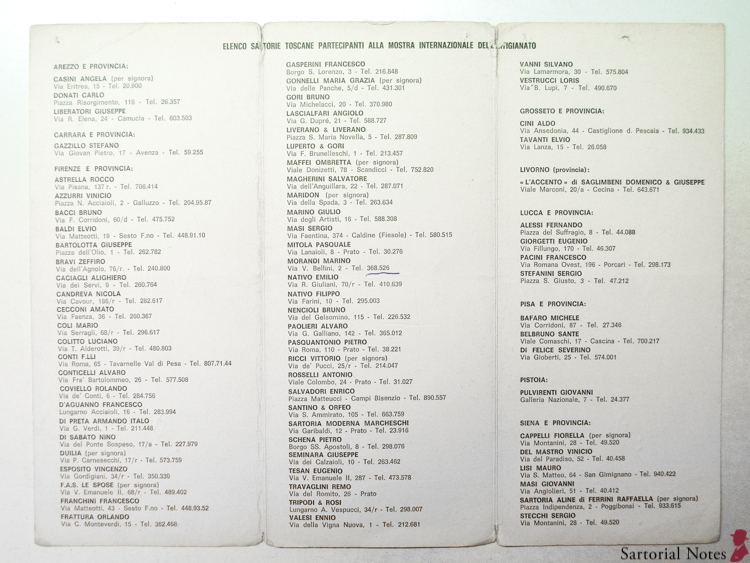 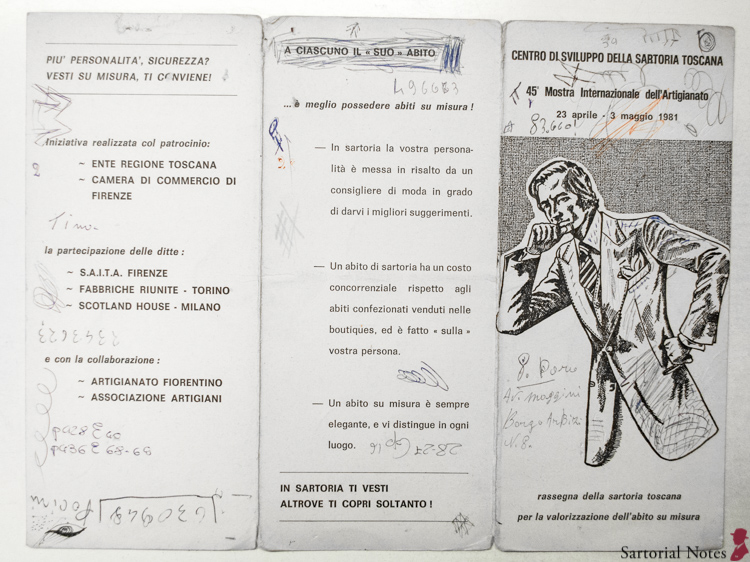 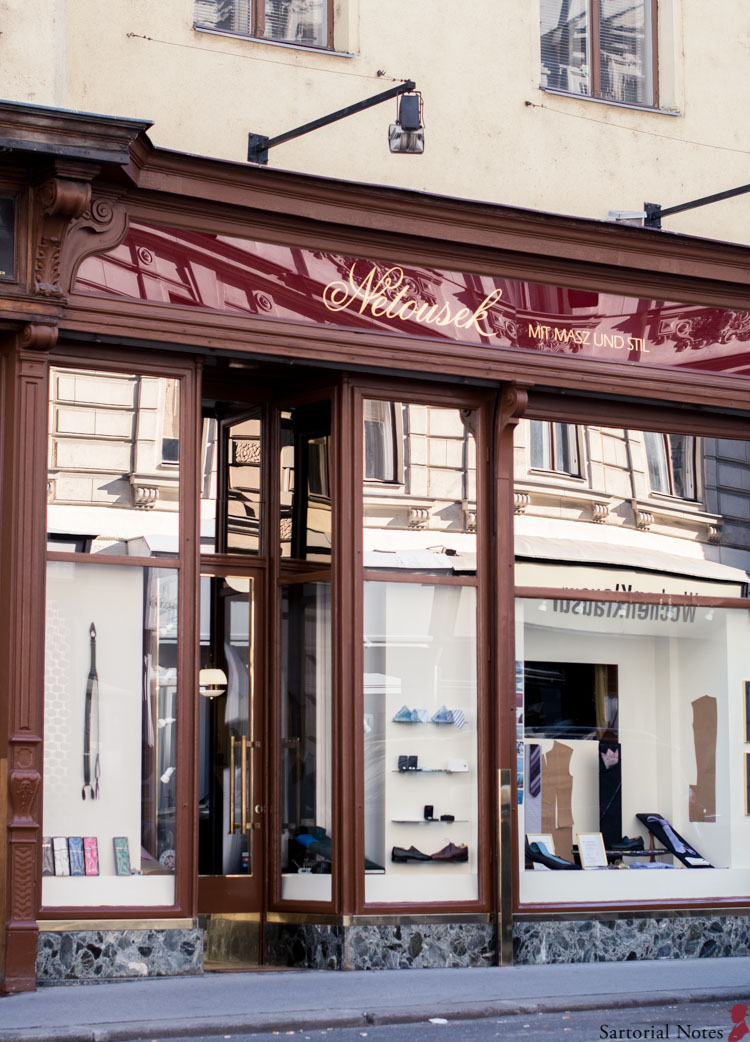 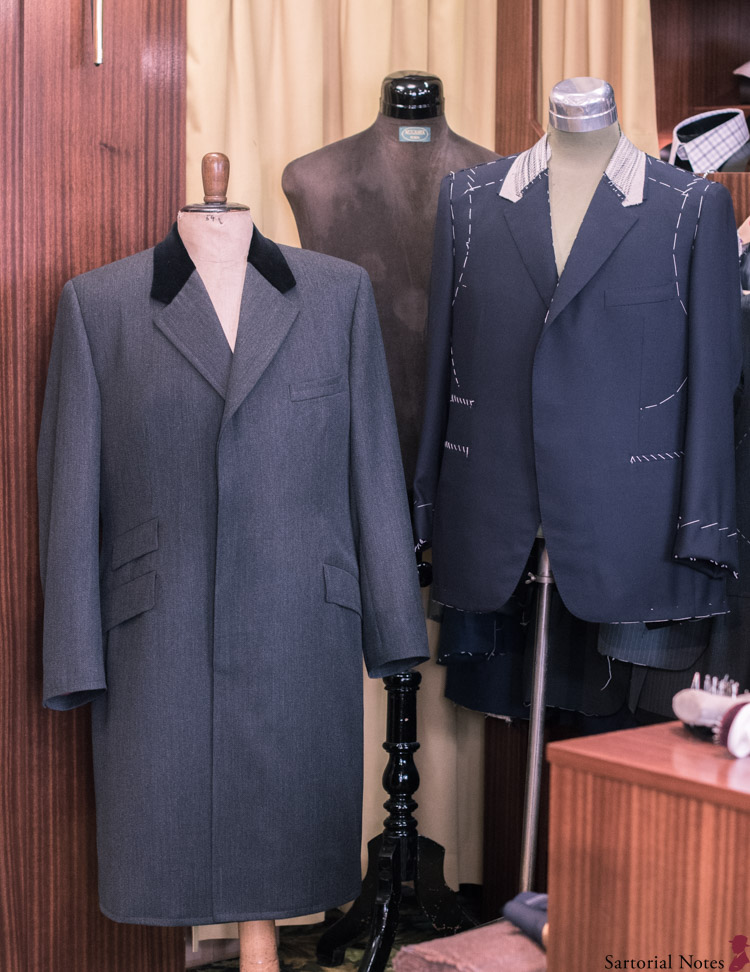 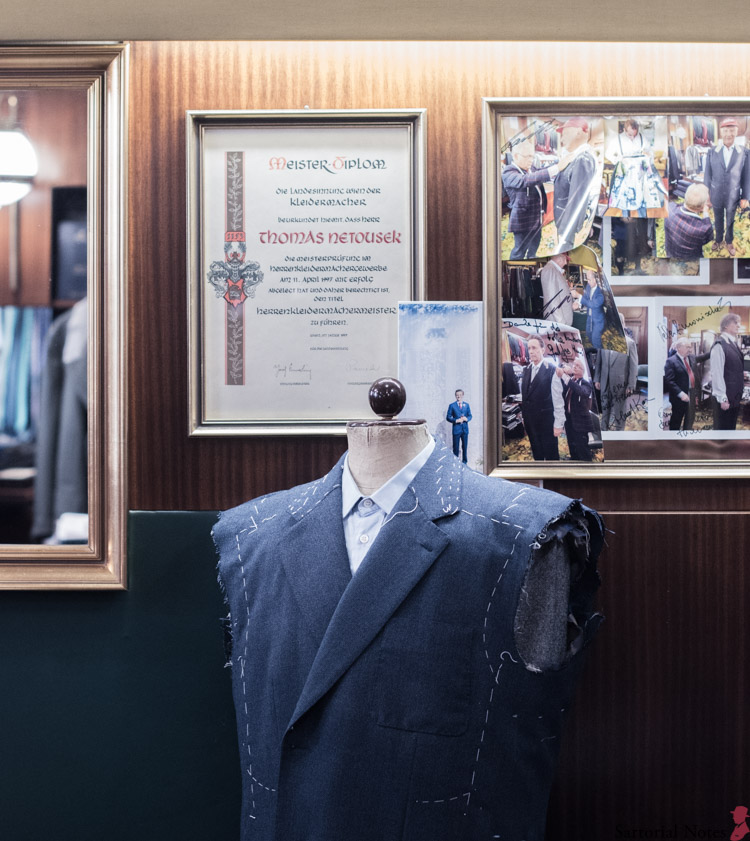 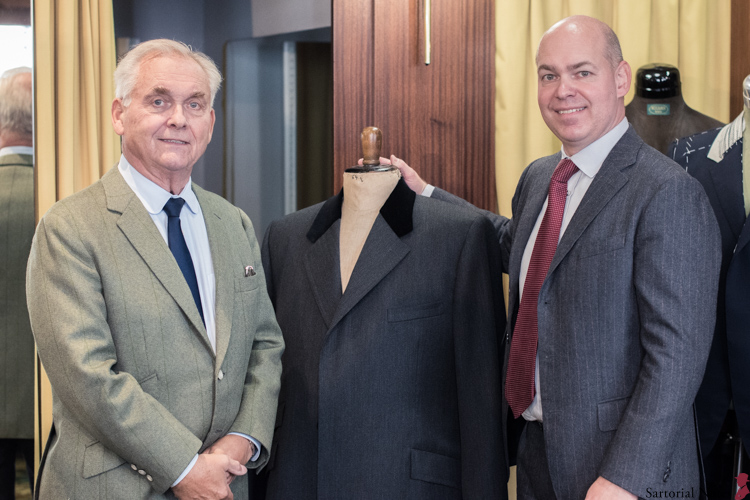 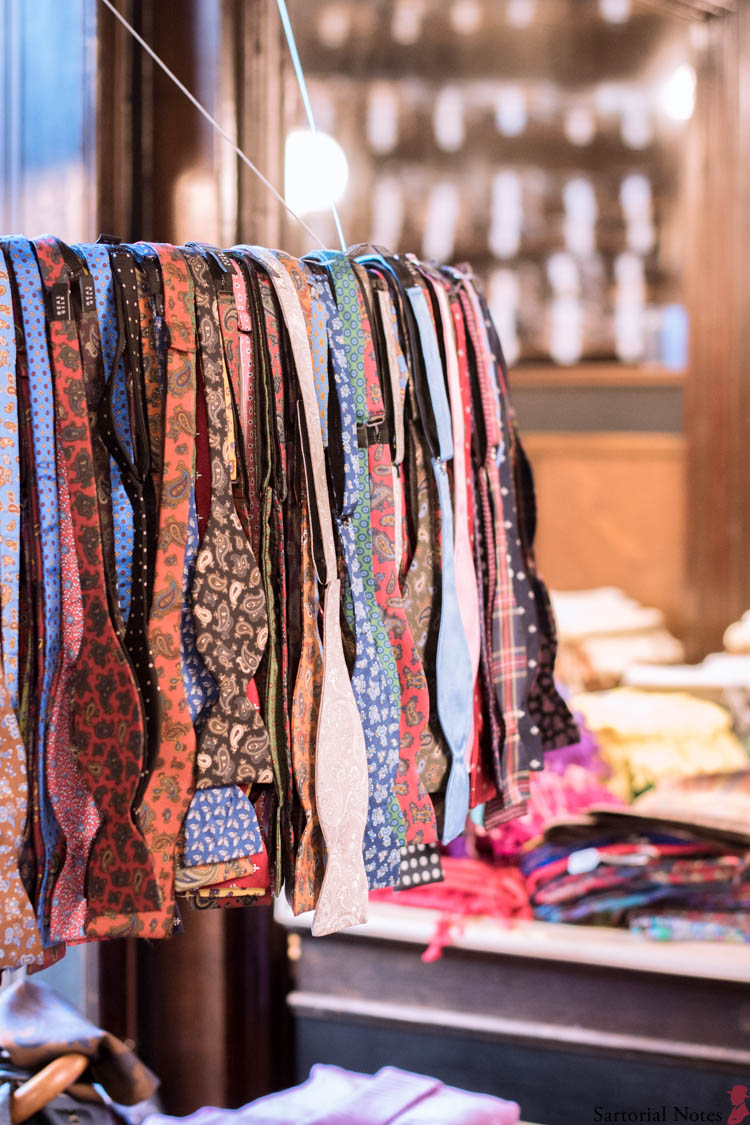 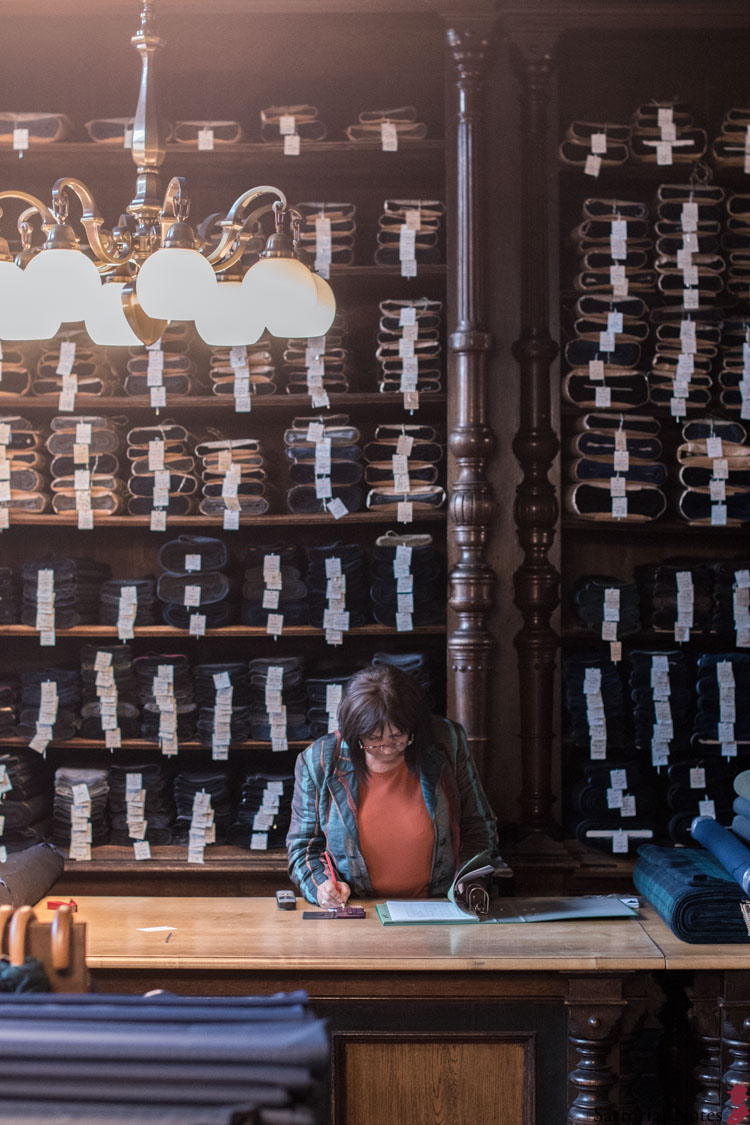 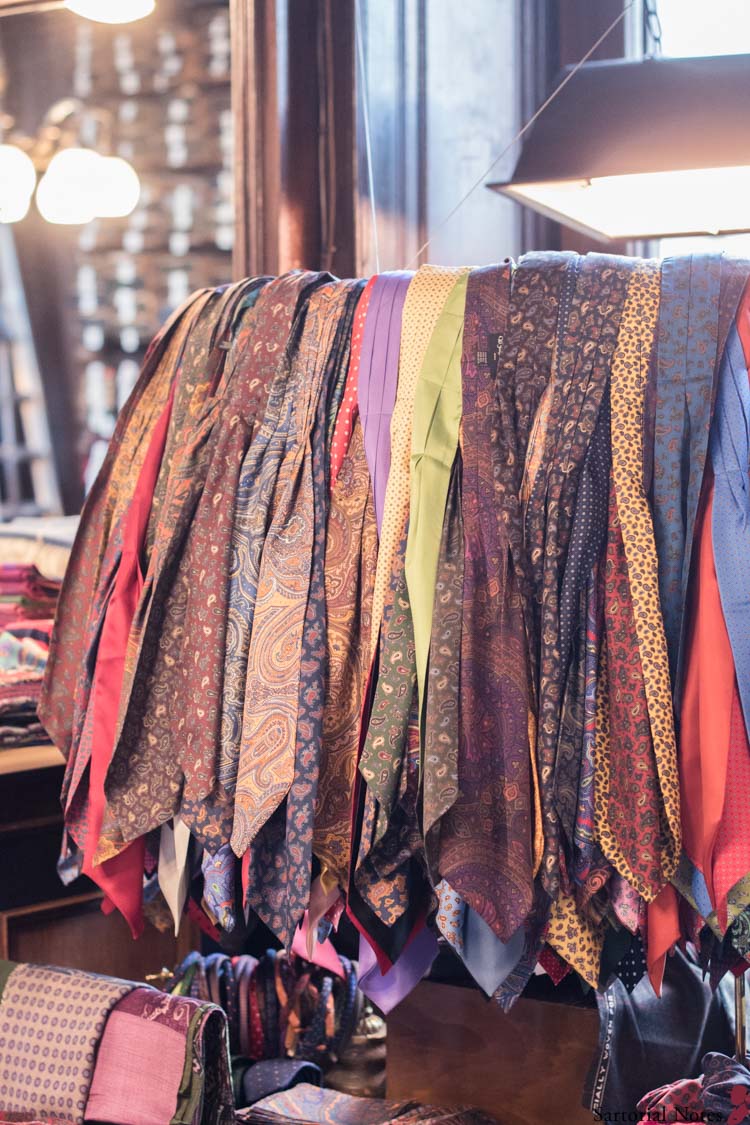 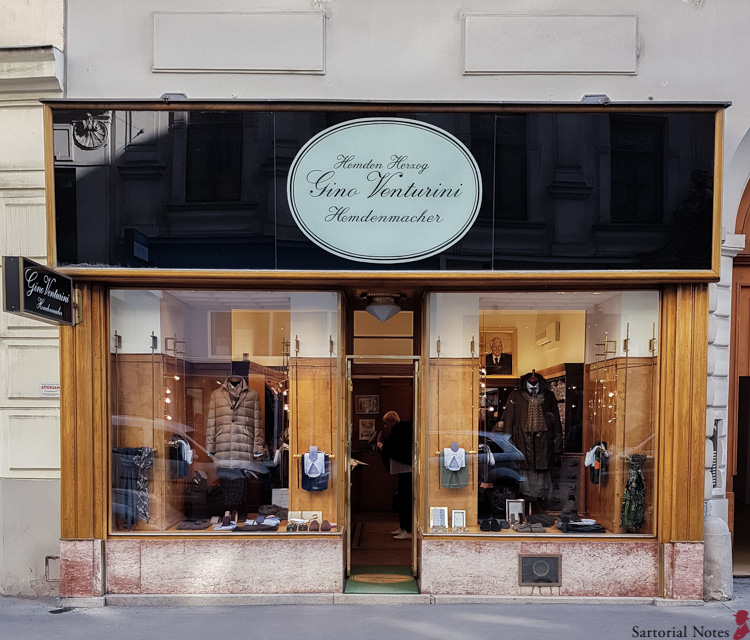 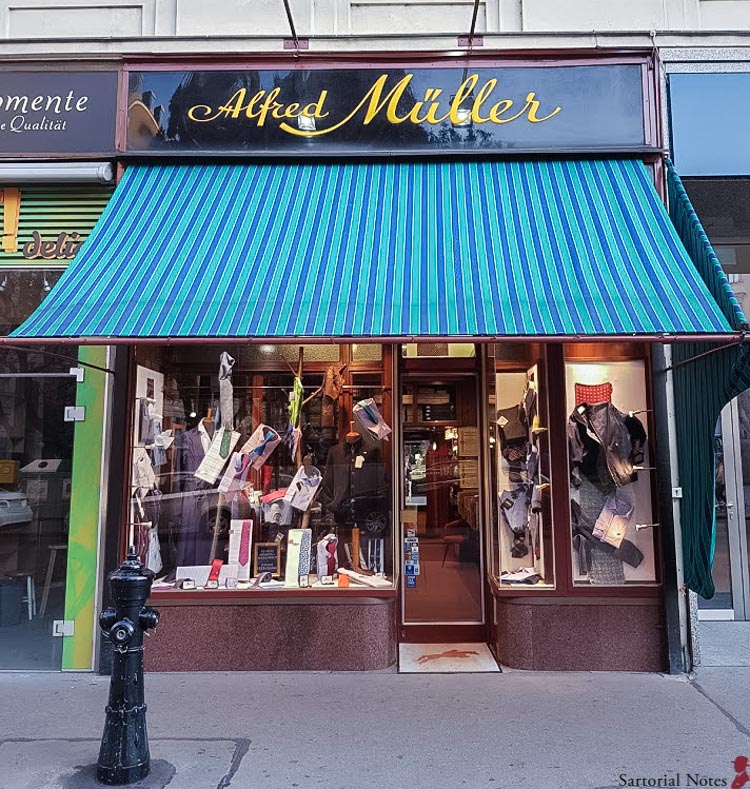 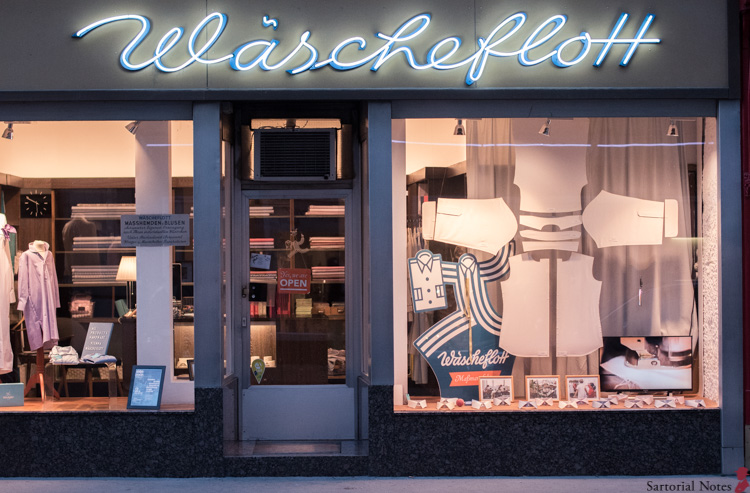 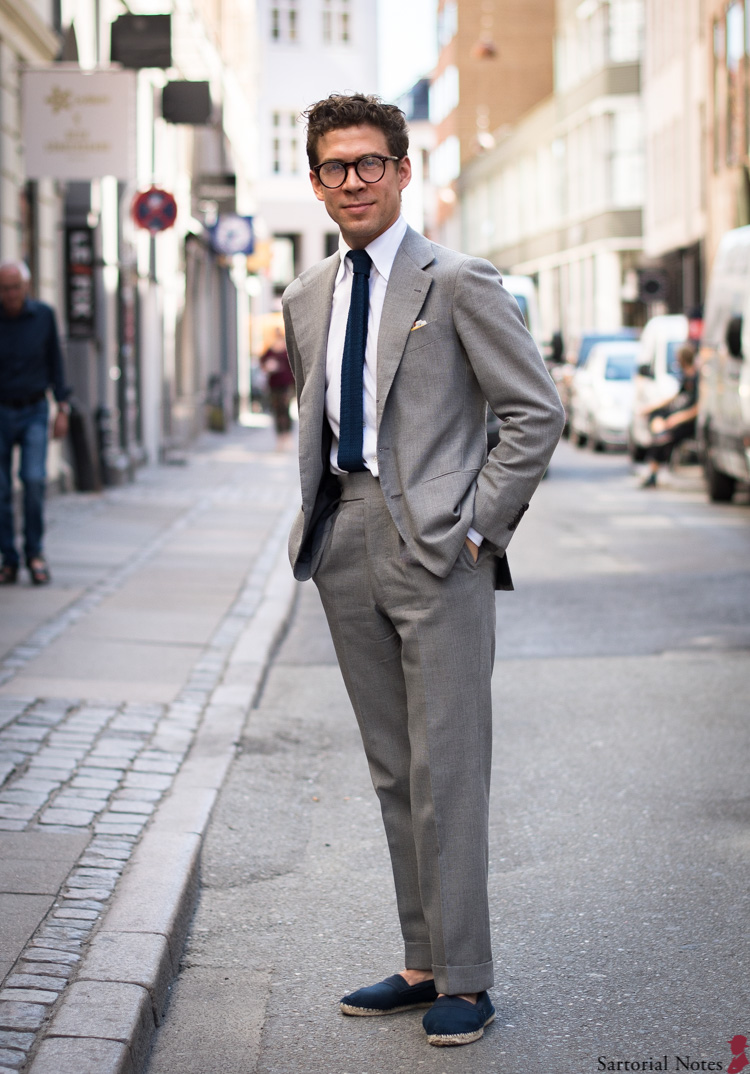 Espadrilles in the city center of Copenhagen.

Jeppe makes a daring choice paring “espadrillos”, as they say in Spain, with a bespoke light grey fresco suit and a tie. My conclusion is it’s a home run, though.

Most men, who would ever wear this summer footwear, would see them as accessories to bermudas and a summer shirt. Think of the old Esquire drawings. 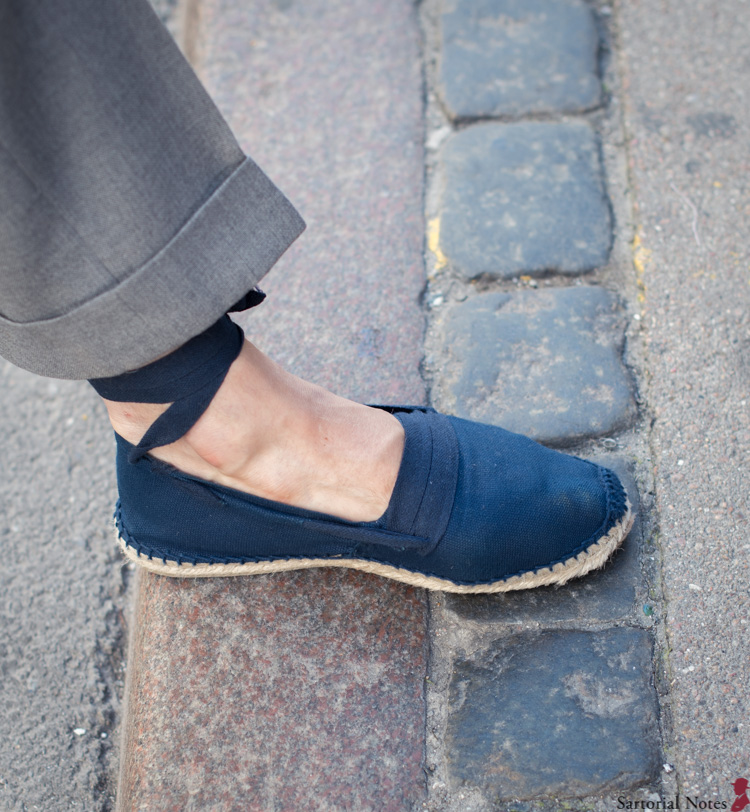 Jeppe transforms his espadrilles to substitutes for loafers. To help the tranformation he has chosen a model in a city blue shade. Moreover they match the knit tie. Indeed they stand out but not much, really. They blend in.

Wisely, Jeppe has bought a pair with ankle straps. My experience is they start to slip at the heel, if they don’t have straps.

This pair comes from Diegos.

The shirt is made from a jersey fabric. It’s another way to meet the informality of the nostalgic Spanish footwear. 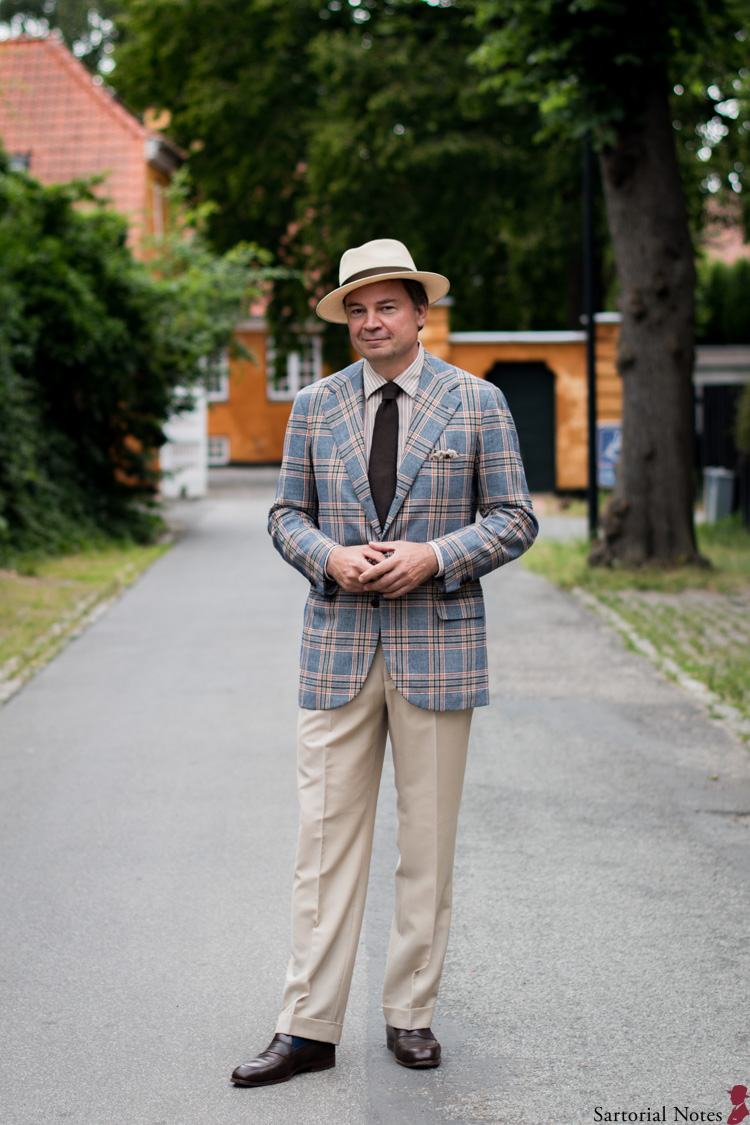 I didn’t think of it as picnic attire beforehand. I just wanted to create a bold, yet classic and pleasing look for summer.

Now it seems to be a sort of picnic attire. The corn white trousers, the Panama hat and the blazer like jacket all connect to that story. 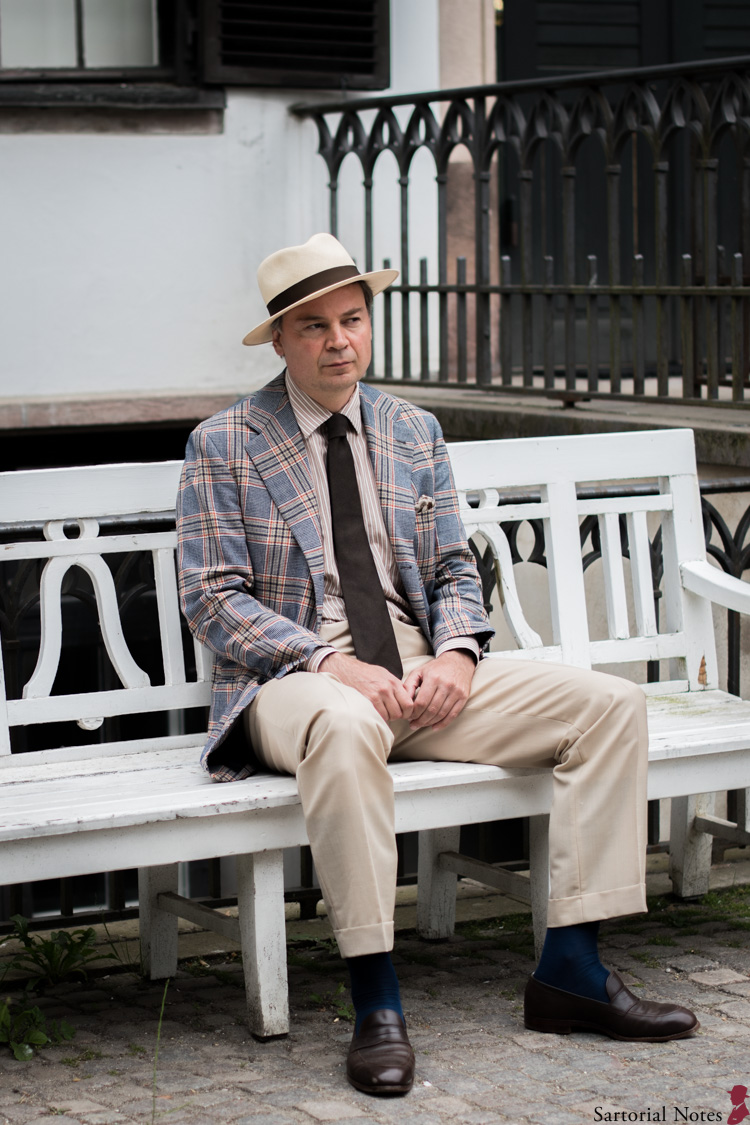 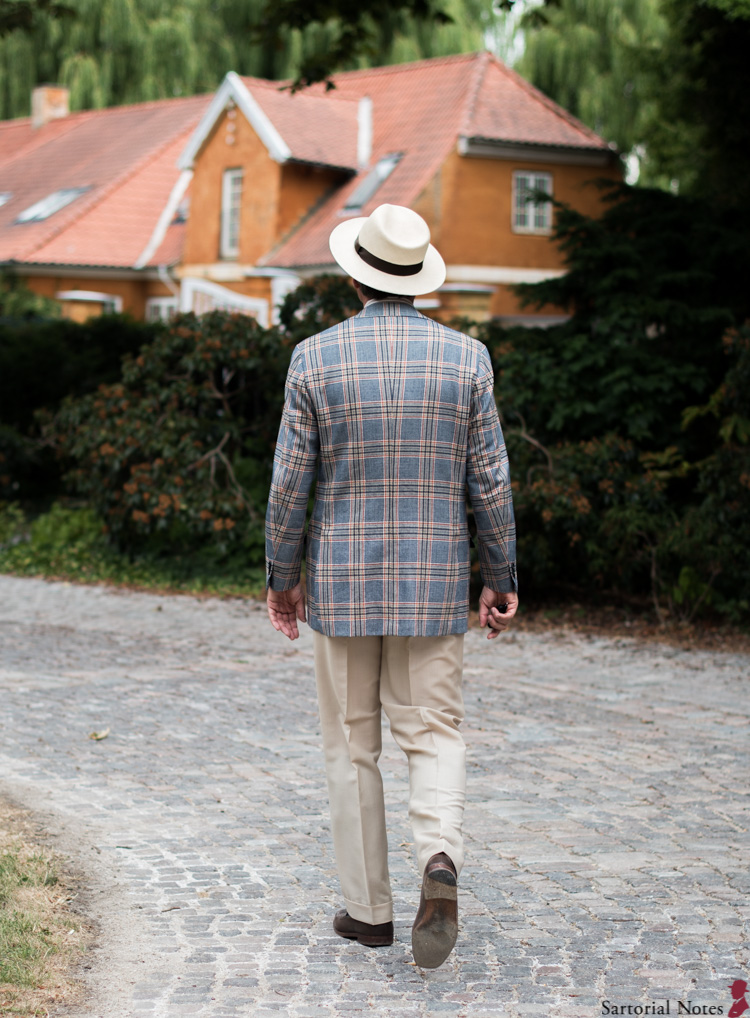 Everything is bespoke: the unlined jacket made from vintage cloth, the shirt (Frank Foster), the unlined tie, the trousers, the penny loafers (Warsaw), and even the handkerchief in silk crepe.