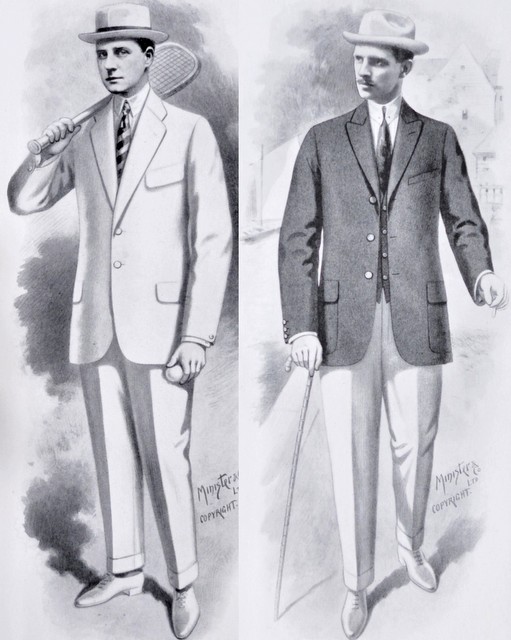 Fashion people wear white clothing and white shoes occassionally. But in general, dressing in white has left the scene. Office men wear a dark suit at work changing for something more casual, when they come home like chinos or jeans and t-shirt or a coloured shirt.

It could be that white garments are not convenient to our way of life, or connote to old upper class life in a silly way. I don’t know. Aesthetically, the disappearance of tailored white clothing is a loss. 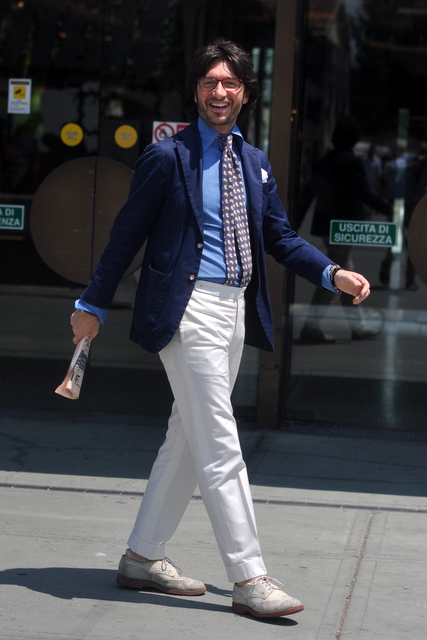 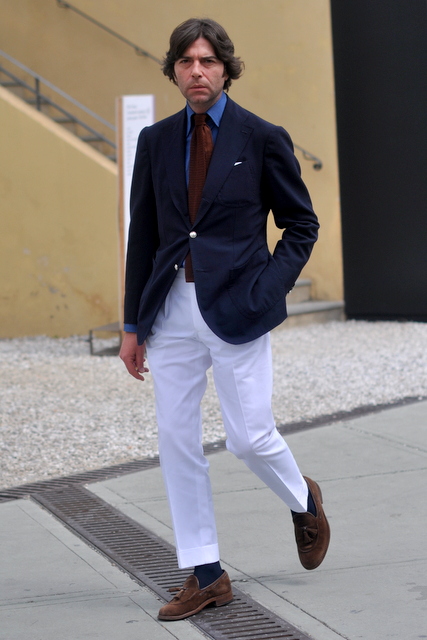 The New York based fashion blogger The Sartorialist has brought them internet fame. I guess they personify an American (and Northern European) dream about Italy: Proud, elegant, romantic.

I am talking about the Ricci brothers, Nicola and Valentino Ricci, who run the firm Sciamat. The former will often look joyful, the latter more gloomy. Both are super dressers with an eye for distinctive, yet harmonious apparel.

Could I dress like that myself? No, it is too refined for me. I am a tweed man, basically.

Source: The Journal of Style (in Florence, Italy) 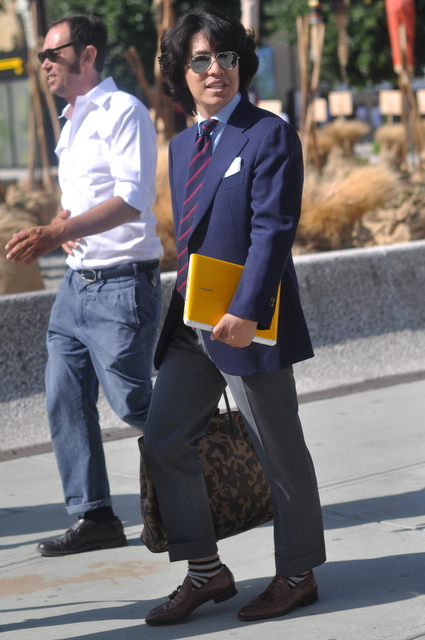 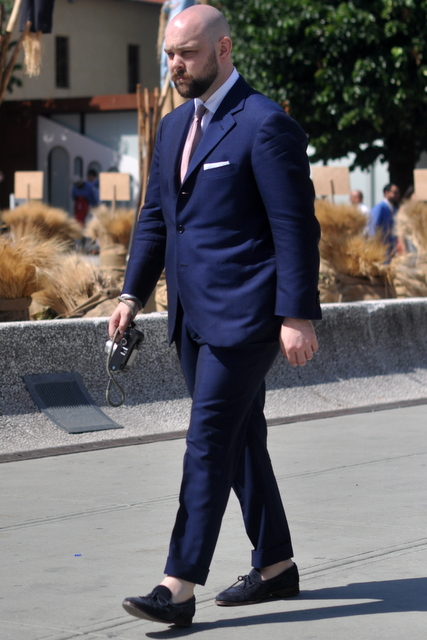 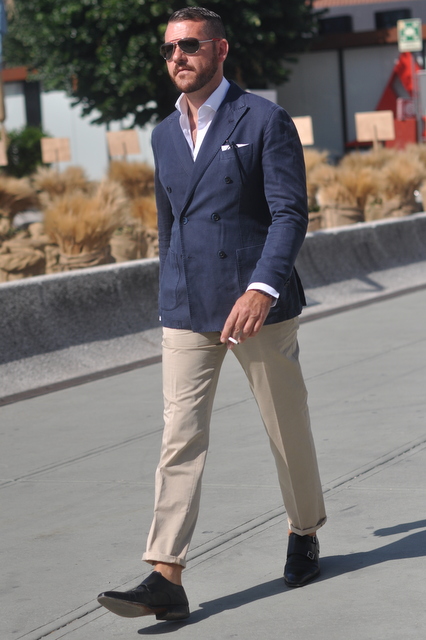 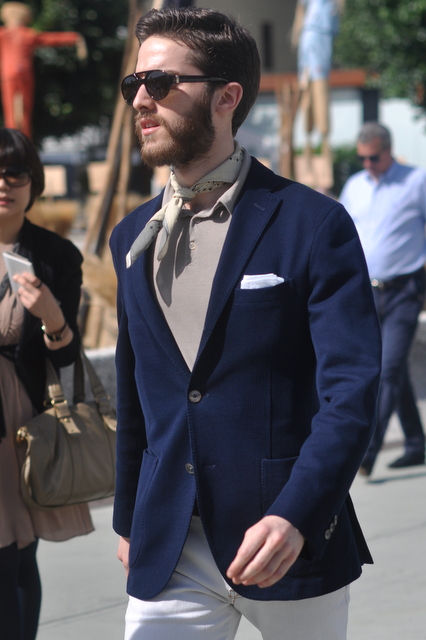 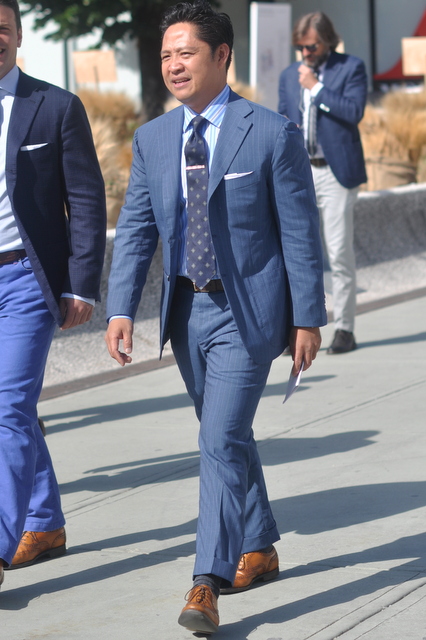 A new batch of photos from Pitti Uomo. Like last year, many wore blue suits or blue odd jackets, maybe too many?

To be fair, quite a few sported cream, light grey or brown dress, and, of course, some were in red jackets or red suits.

By the way, check Die, Workwear’s very kind review of my webshop Grunwald. 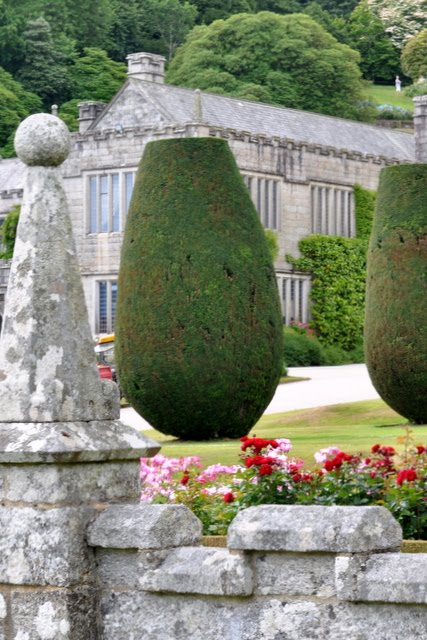 Traditional men’s wear is closely connected to the old English upper class. It was the merchant class, of which several were landowners in the south of England, who created the universe of the suit after the French Revolution. The only people above them were the British King and the Crown Prince. 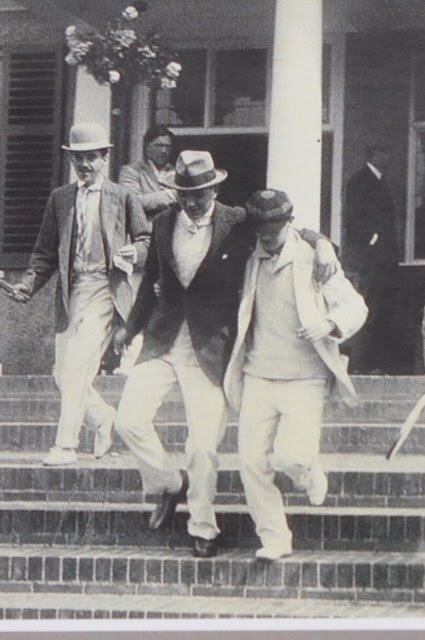 All this was retold when I recently visited Lanhydrock House. It is an estate near Bodmin in Cornwall. The estate can be traced back to the 16th century, when the wealthy merchant Richard Roberts bought the deeds and built a huge house with four wings. The Roberts family owned the estate until 1953 when the remaining family member signed over Lanhydrock House to The National Trust. 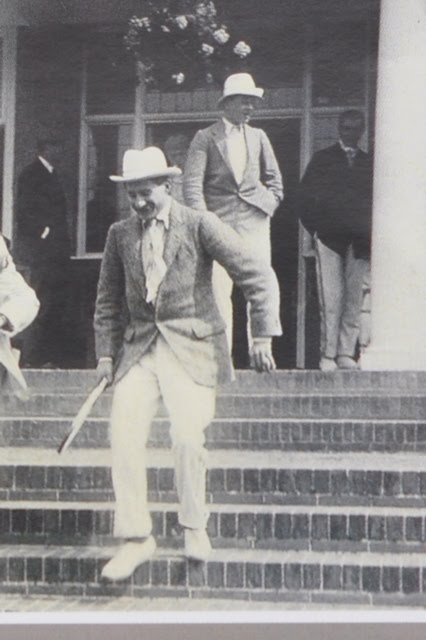 Amongst the curiosities is a large collection of photos from the beginning of the 1900’s. They show cricket players and club members larking about. With my new light sensitive 50MM lens I succeeded in catching several of them, even in the dimly lit rooms. 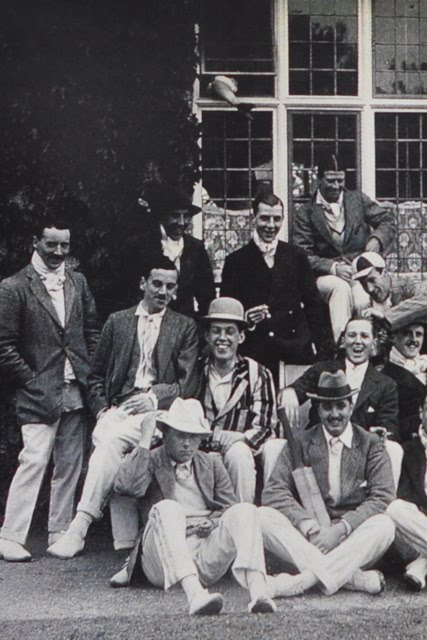 Besides the man’s light weight fabrics and the tennis racket in his right hand, please note the all-white dress: the trousers, the shoes and the homburg on his head. Shorthand for summer, fun and relaxation. The next two photos, the one on top and the one below are from circa 1910 and show the members of the cricket club in high spirits. We find the striped blazer, the double-breasted reefer jacket with four shiny buttons on the front, a white handkerchief in the breast pocket, a fisherman’s hat, a bowler, a homburg and a cap. And everything all-white again. 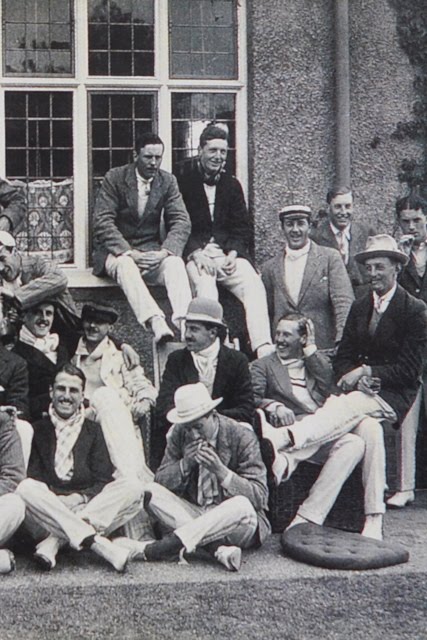 We also find the cricket sweater with the V-neck and a couple of stripes, and a ciggy being lit. The summer scarf is very much present, even featured in several designs. 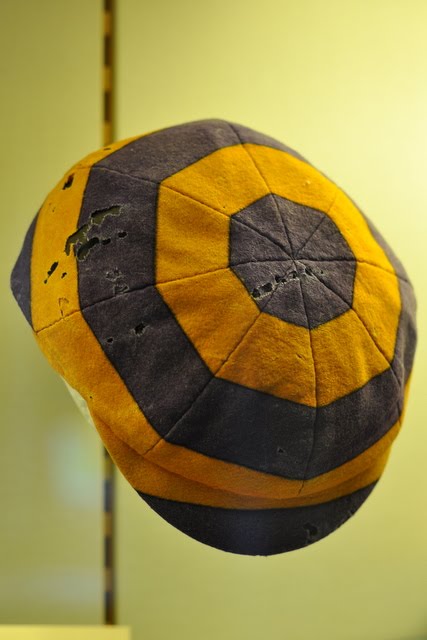 Lanhydrock House has displayed one single cricket cap in a glass cabinet. It is moth eaten, but still colourful and jaunty, and an exhibit of the time the English upper class was effortlessly airborne and inspired the rest of the world.