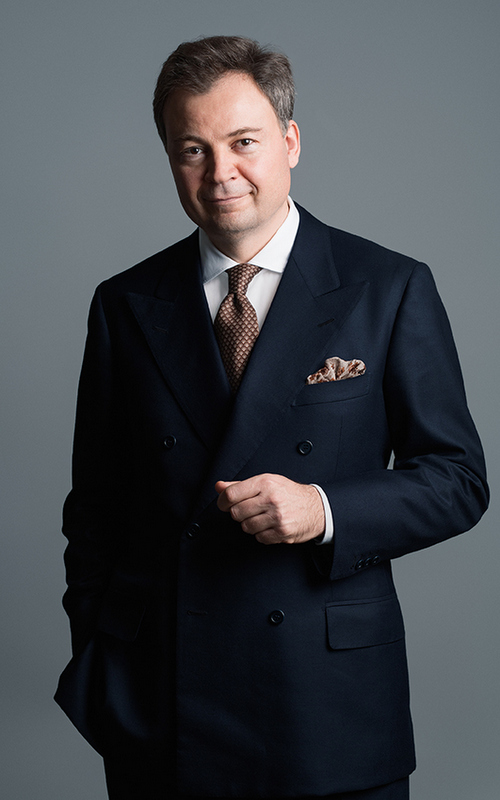 Not unlike going to the tailor the relationship to the photographer is at the core of the matter, when you are having your portrait made. The photographer has to be skilled, of course, knowing how set light is crucial. Yet, the photographer should also be capable of creating the right atmosphere and mood. People skills are important.

For the photo shooting I dressed in a bespoke double breasted navy blue suit, a bespoke white poplin shirt, a brown foulard tie, and a related cream silk crêpe handkerchief. The usual blue or red tie appeared to conventional and aggressive for me on the occasion. I’m not going to battle Donald Trump. Brown shades are more calm.

The photo session went well, though it was tense. I was probably more involved that other clients.

When looking at the batch of photos, which Helga sent me, I found that I would need two types of photos: one in which I’m standing, and one in which I’m sitting. I will be using the photos in different contexts and formats, and I realized I needed the versatility. I ended up with four photos in total, so I can rotate once in a while. 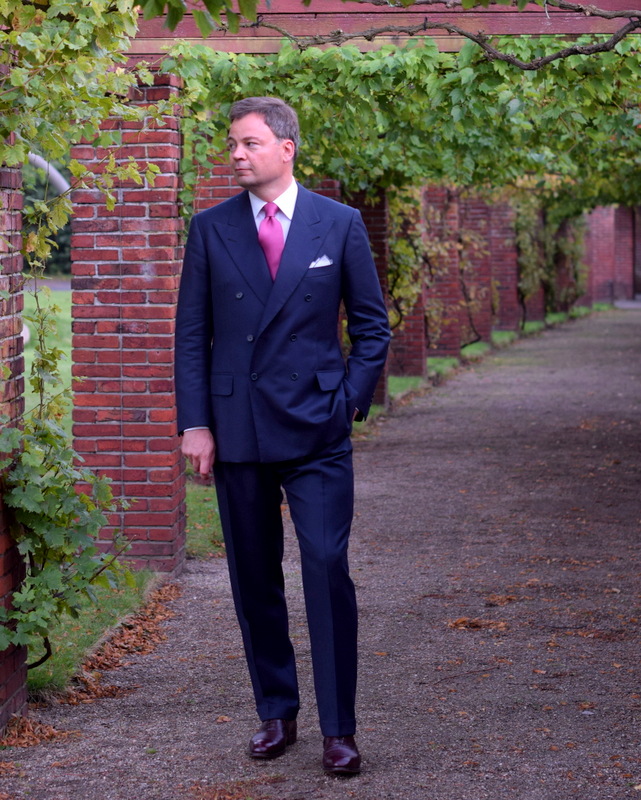 Oops, I’m posing in a double breasted bespoke blue suit again. This one is from Turin tailor Michele Mescia. It is a somewhat different creature than the bespoke blue suit with shirt shoulders. Mescia has made me a more roomy coat and wider trousers than the other Italian tailor, lapels are larger, and Mescia has attached an extra jigger button, so the skirt is firm enough to let the lapel roll to the lower row of buttons. Moreover, I think the coat is half an inch or so shorter.

For comparison, here is the blue DB suit that I showed at The Journal of Style in July: 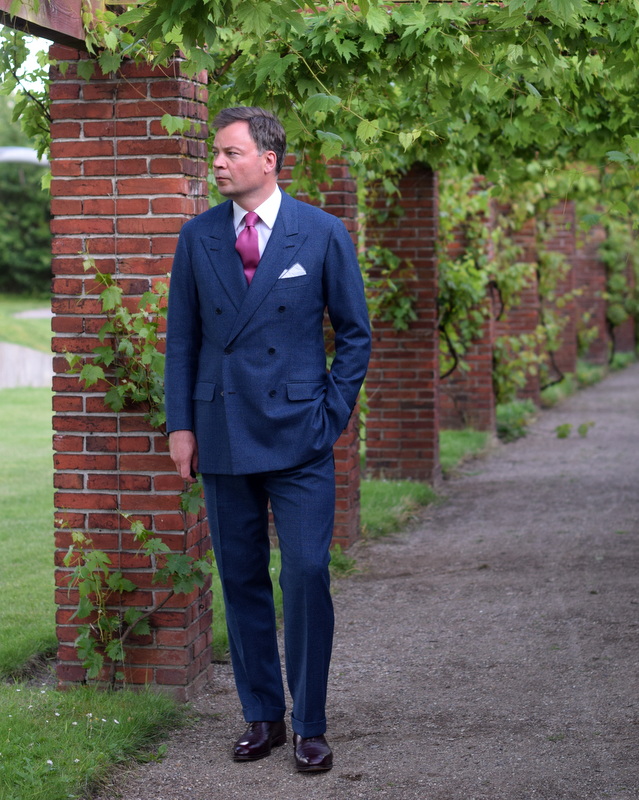 Which suit is better on me? I can’t say, although the suits are quite different. My conclusion is that both work well. However, that is just my own view. Feel free to share your opinion.

Michele Mescia didn’t make a paper pattern for the suit. He drafted the suit parts on the cloth directly not using much else than Rock of Eye and a tape measure (Watch footage above). This is his usual method, also for old clients he claimed.

“Every suit is different.”

That approach wouldn’t work in a larger workshop with many tailors, I suppose. In a small workshop with altogether four-five people and the master doing all the drafting and cutting it seems more feasible. 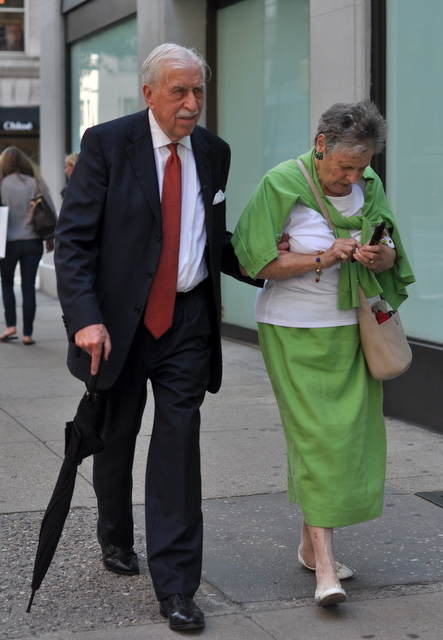 Sometimes a simple style is the most advanced style.

Photo: The Journal of Style in Manhattan, New York 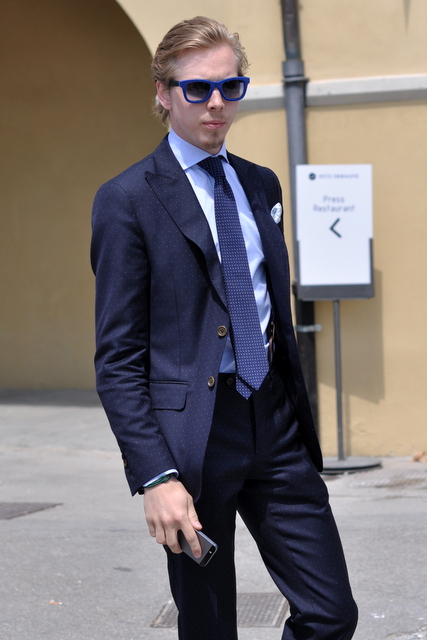 I could not find the proper names. Luckily, Wikpedia is here, and it told me: The spotted blue suit is Duke Blue. 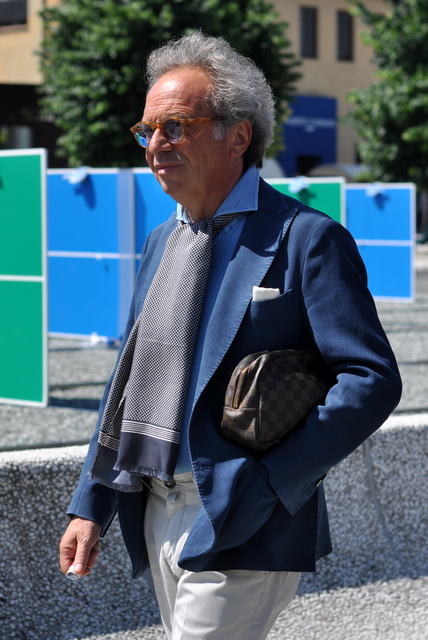 It also proposed a name for the blue jacket: Palatinate Blue.

Besides that the more interesting feature in the lower photo is, how the gentleman has tied the scarf like a necktie around the collar. It reminds of this photo. 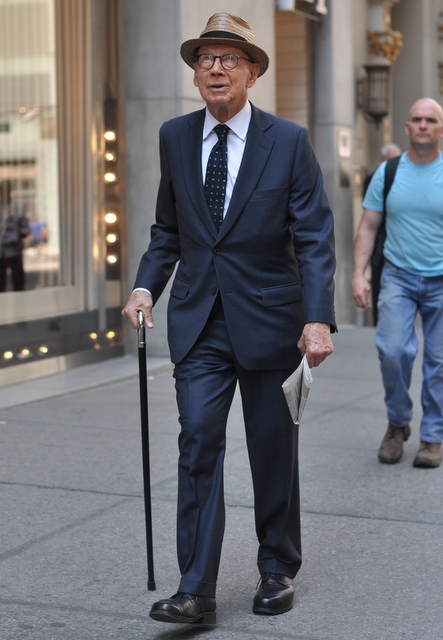 The charcoal suit has a reputation of being the most versatile suit. It is less demanding than a navy blue suit. You can hide in a charcoal suit.

Source: The Journal of Style in Manhattan