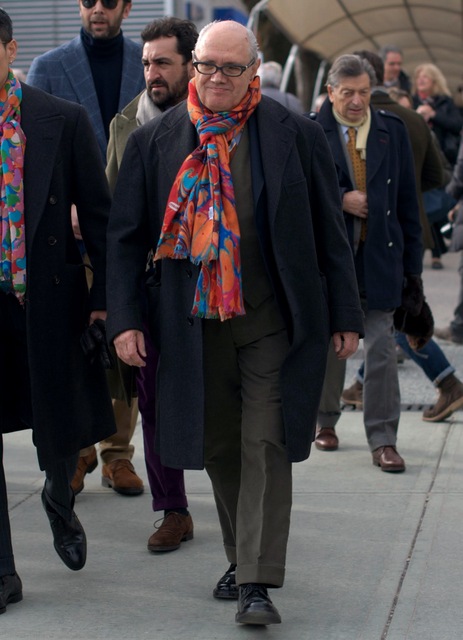 In the end of the 1970s you would find more than 40 bespoke tailors in and around Florence. Since then, most of them have disappeared.

Liverano & Liverano did not. It is still there, and it has become the famous tailor of Florence. Like Mariano Rubinacci in Naples, Antonio Liverano, surviving brother of two tailor brothers, has understood how to build a slow fashion business in a fast and globalizing world.

A recent invention is a movie about himself. It is not bad. You will have lots of beautiful pictures from Florence and the sartoria, and Antonio Liverano’s personal story is touching.

The movie also contains some interesting statements on bespoke tailoring. For instance, Antonio Liverano says he did not have a master, and he didn’t want to. He strived to develop his very own style.

At this point, though, we come close the marketing part. At least, Liverano’s cut looks Florentine, in my view, and similar to garments from other tailors there.

Another movie theme, which seems influenced by marketing considerations, is Antonio Liverano’s role and his brother’s role in the old Liverano & Liverano. Although the movie treats the relationship quite a bit, it remains nonetheless somewhat in the dark.

Whatever the historical details really are, Liverano & Liverano has risen to the top. And, it does well to the craft that it has tailors, who know the art of modern promotion too. 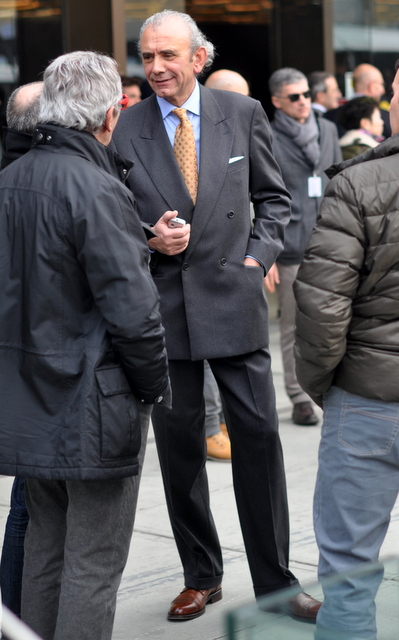 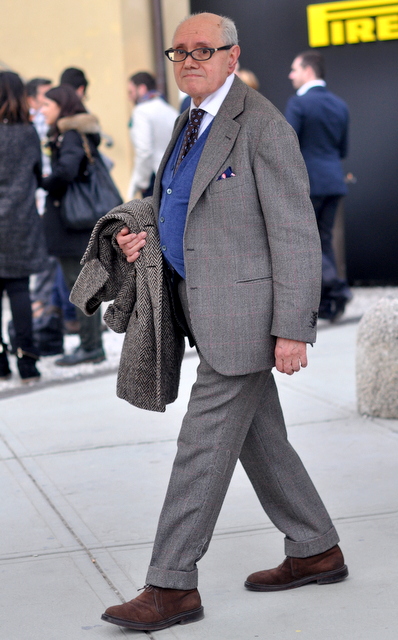 Sometimes I reach the conclusion that only older men know how to wear a suit. I am wrong, of course, but when I am to point out a truly well-dressed man, he is always 50 years old or more.

It is not that the older well-dressed man wears very different garments and accessories from younger men. He wears them differently.

Above all, he feels comfortable wearing his clothing. He enjoys it. He is not obssesed with conveying a message.  He he not working on his identity. His identity is established.

Secondly, he is experienced in dressing. He is a craftsman in his own way, who knows all tools, including cut, textures, colours and patterns, and, how to apply them.