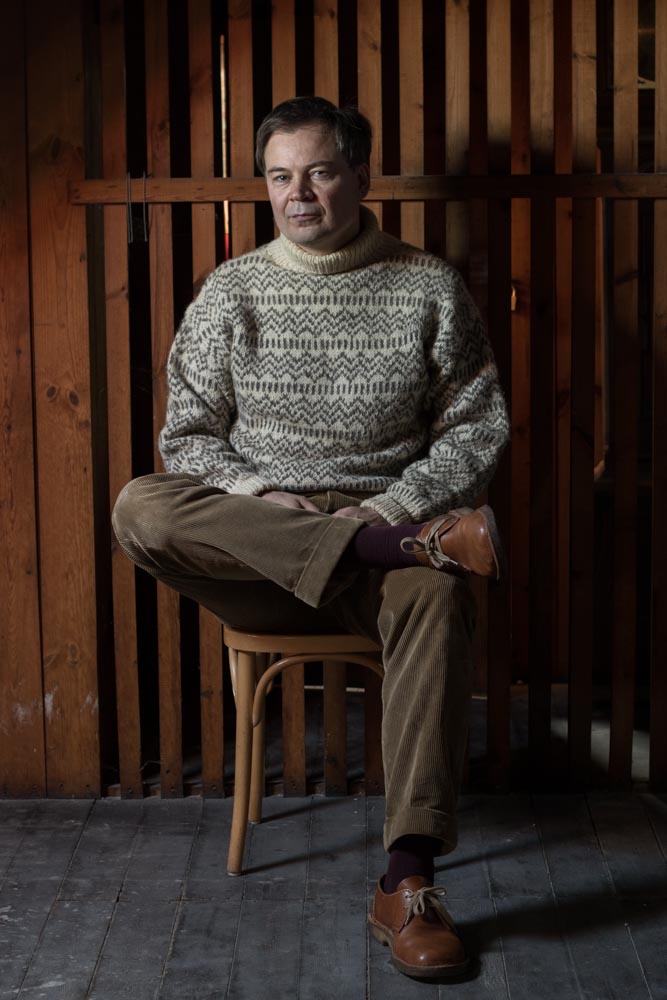 The traditional Icelandic wool sweater that existed before the lopapeysa of today that features a yoke design with circles. I pair the hand-knitted sweater with corduroy trousers and Danish Duckfeet. Photography: Sartorial Notes

A short feature on the Icelandic wool sweater. That comes as a surprise, probably. However, among Nordic knits a lopapeysa, as they call their sweater on Iceland, is the most famous species.

The Icelandic sweater in Copenhagen

In the 19th Century the Icelandic sweater was a dear jumper in Copenhagen signifying honesty. “En islænder”, the Danes would call it, and they still do that.

Originally, the Icelandic sweater was heavy duty workwear similar to jeans. In the 1950s it became a fashion followed by artists, who were influenced by existentialism. Later, by the 1970s, it was used by liberals, who associated themselves with the working class. Their children had to wear the scratchy garment too, I remember …

The traditional Icelandic sweater is a Faroese sweater

A funny fact is that the renown Icelandic sweater is in fact a Faroese sweater.  “Islandsk Kompagni”, a Danish monopoly company operating from around 1660 to 1850, took care of Danish business with Iceland, Faroe Island and Greenland. Accordingly, Danes would call the sweaters from the company “islændere”, although Islandsk Kompagni had picked them up on the Faroe Islands.

The modern lopapeysa is a Norwegian sweater

Even more oddly, the modern lopapeysa with circles at the yoke comes from Norway. In 1930 Annichen Sibbern Bøhn printed a new knit design she had made herself inspired by the movie Eskimo. It illustrated how to knit a sweater with circles around the yoke. 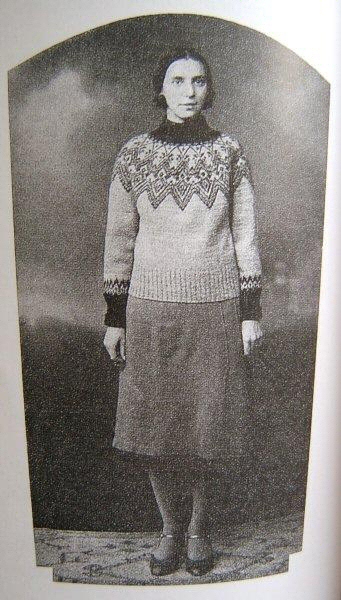 Annichen Sibbern’s Eskimo knit sweater as her daughter showed it in 1930. Photo: Harpa

There can be little doubt that Sibbern’s pattern served as backdrop for the modern lopapeysa, when the distinctive yoke design got popular in Iceland in the 1950s.

Personally, I like the traditional design more than modern yoke design. The latter appears folkloristic to me.

Where to buy an Icelandic sweater

It is difficult to find a proper Icelandic sweater off the rack. Most of them will be too thin, and they will carry the yoke design. The ideal solution is to find a good knitter, who can hand-knit a jumper from unspun woollen yarns. The Handknitting Association of Iceland seems to be another option.