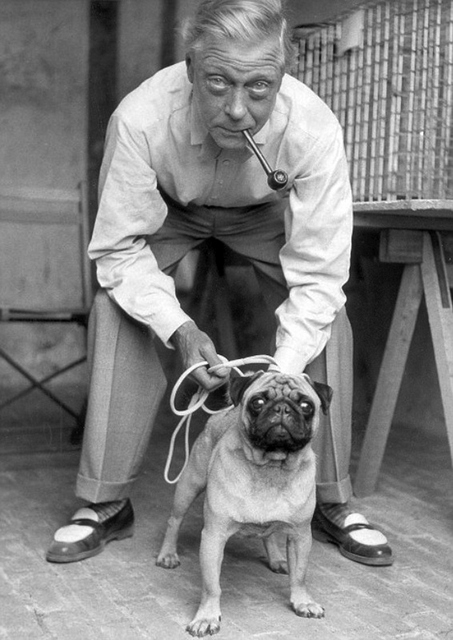 Summer shoes have often been a headache for the man, who cares about style. They somehow tend to become either too formal or too informal. Here’s a guide, which hopefully can make choosing the right summer shoes easier. 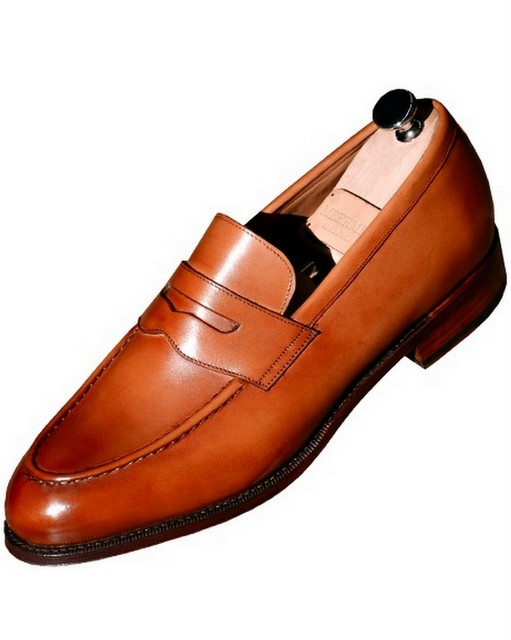 Brown penny loafers are the default summer shoes. You can pair them with suits, chinos or shorts. The stronger ones are goodyear welted, however you should consider blake-stitched versions, since they appear less heavy, which is a nice quality in warm weather. Maker: Meermin 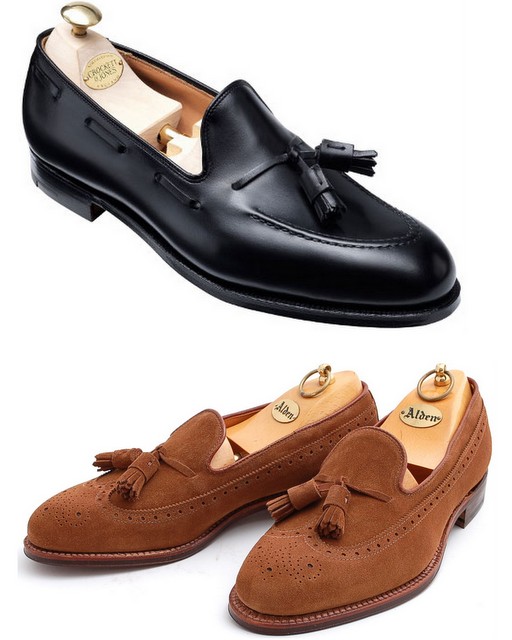 Tassel loafers, another summer classic, although many men will wear them during winter time as well. The black ones are very conservative, and they are best for navy blue and dark grey suits. Makers: Crockett & Jones and Alden 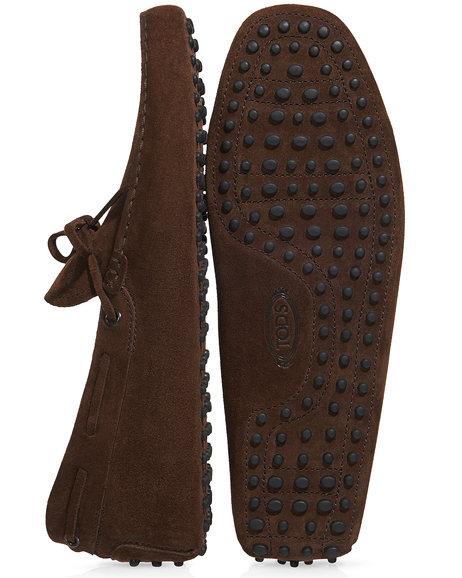 The sole of the popular driving mocs are covered with rubber studs. That is their main feature compared to other slip-on shoes. Car Shoes and Tod’s make some of the most famous driving mocs, however many shoe manufactures produce them today. Maker: Tod’s 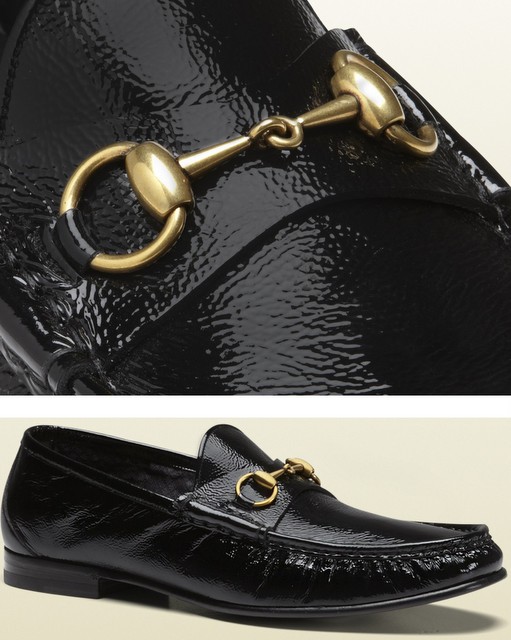 Gucci introduced the black horse bit loafers in 1953. What to think about them? Conservative, yet glamorous. The latter feature means that many sartorialists shy away from them. Pair the horse bit loafers with a navy blue summer business suit, or with a blue blazer and mid grey trousers.  Maker: Gucci 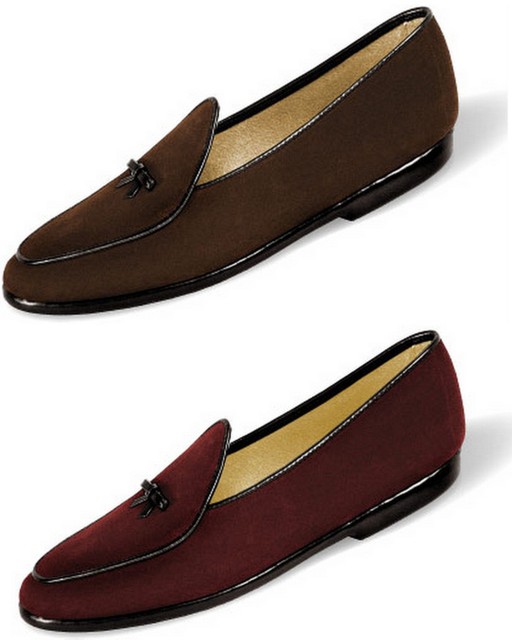 Belgian loafers have been fashionable for a couple of seasons now. It is said that Henri Bendel invented them in the 1950s. He had them made up in Belgium, and afterwards he shipped them to the States, where they became a hit. Often Belgian loafers will be unlined, and usually they will have a small bow on the instep. Maker: Belgian Shoes 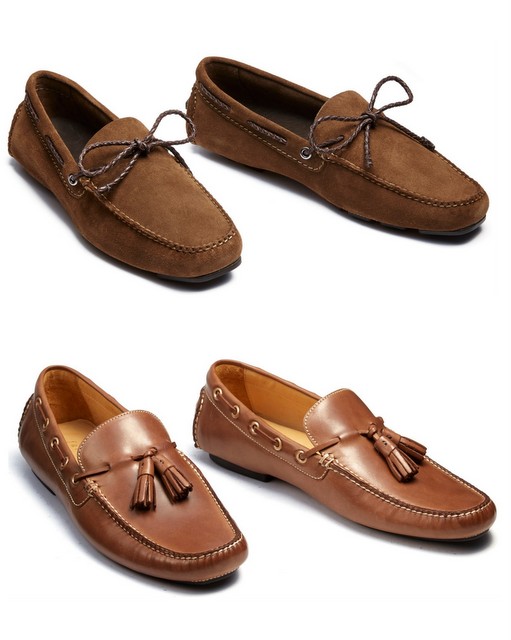 Moccasin shoes have side and soles, which are made out of one piece of leather. The most traditional mocs have no outer sole. If you want to sport mocs as street footwear an outer sole is advisable though. Mocs have laces, which run at the edge around the heel. The laces end up in a bow or tassels on the instep. Maker: Fairmount 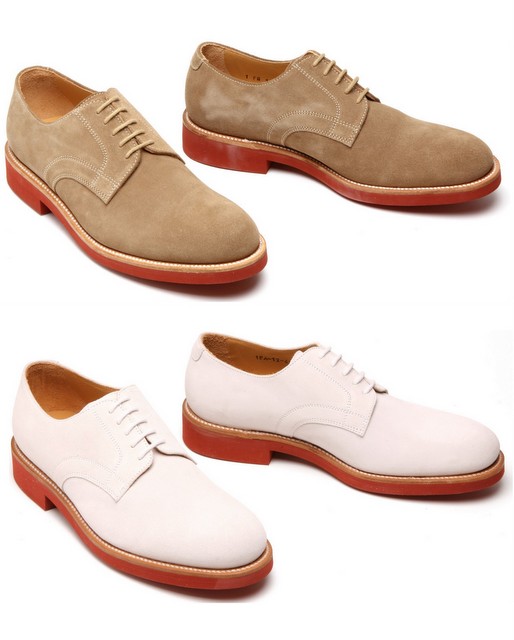 Suede shoes and nubuck shoes are traditional summer shoes. Perhaps “white bucks”, which are associated with the WASP lifestyle of the Mid-20th Century, have become a little dated. The derby versions with red rubber soles can be paired with linen suits, chinos or even bermudas. Maker: Fairmount 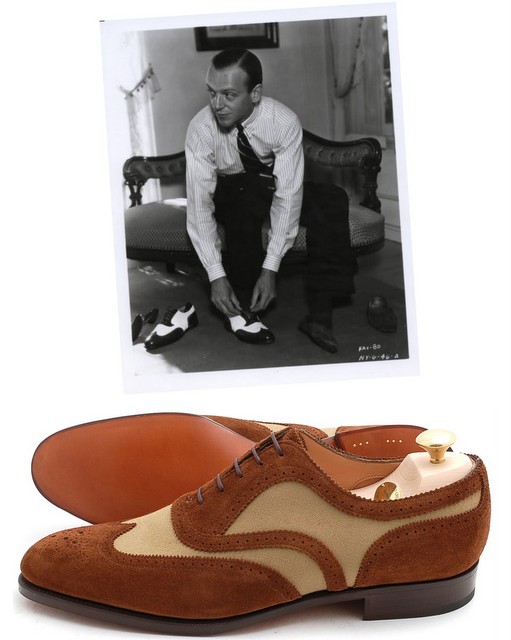 Two-tone co-respondent shoes signify the 1920s. They were around before and after that decade though. Their best match is an off-white linen suit but they have more options. The key to co-respondents is using them, when you are in a show off mood. You must be a happy spirit in co-respondents. Photo: Leffot 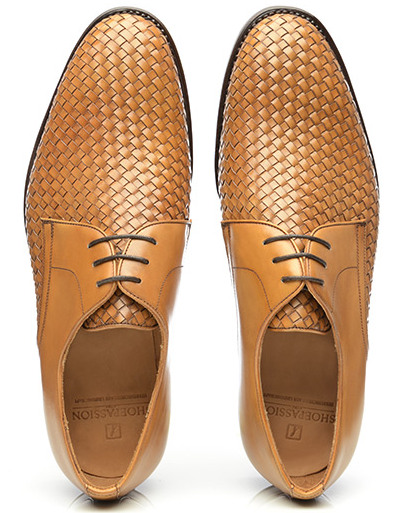 Braided shoes are classic summer shoes but few are to be found. Could be they don’t look chic enough in the eyes of the present generations. Be aware of the quality. It varies. Maker: Shoepassion 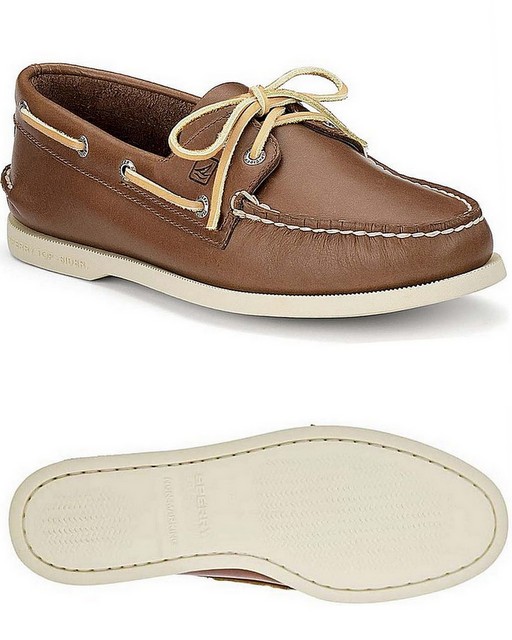 Boat shoes have a hard white ribbed rubber sole made for the slippery deck. The upper should be brown. Sperry Top-Siders brought them to the market in the 1930s. Boat shoes are best with casual chinos or shorts. Maker: Sperry 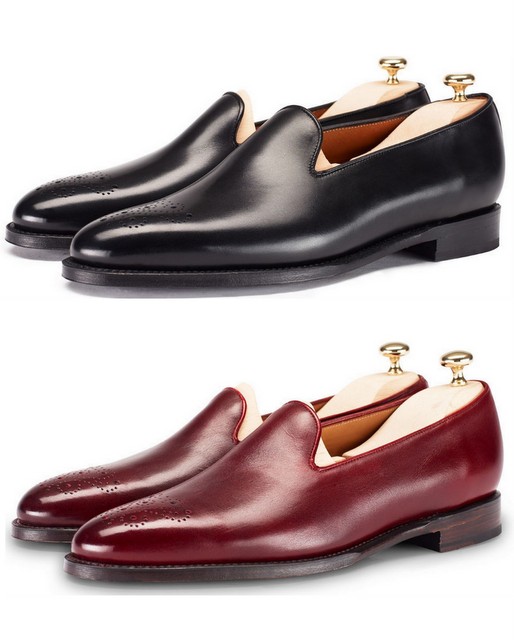 Prince Albert loafers are hybrid shoes blending slippers and loafers. The model above has been goodyear-welted. If you want to use Prince Albert loafers with bermudas or informal chinos a blake-stitched and less robust model would perhaps be a better choice. Maker: J. FitzPatrick 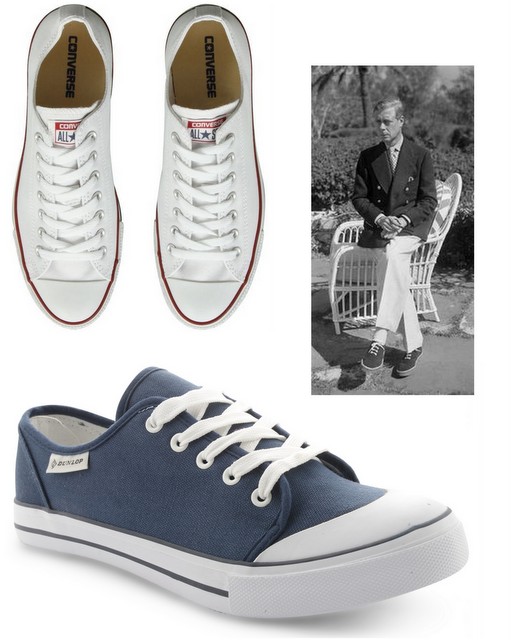 Plimsolls are the original sneakers. They became tennis shoes and later modern sneakers. The upper is made of canvas and the sole is made of rubber. They are perfect with bermudas or with, yes, a blue blazer and white ducks. Choose plimsolls in white or navy blue. Photos: Sportsdirect and Ebay 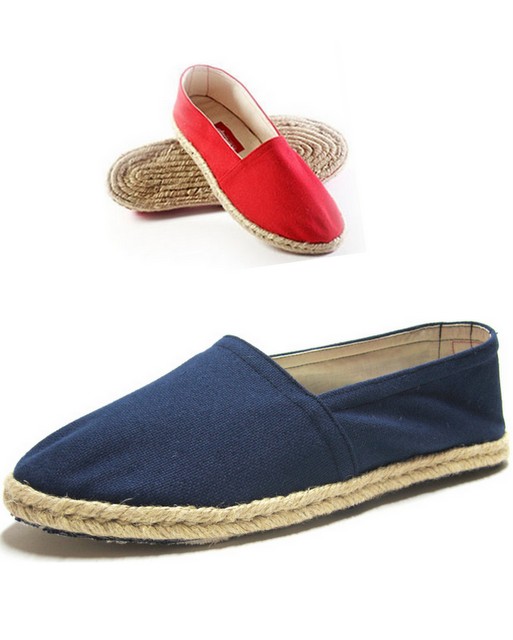 The Spaniards in the Pyrenees invented espadrilles long ago. The sole, which consists of jute rope, gives them character. The upper is made up from strong cotton canvas. The style can appear effeminate and delicate, and  espadrilles can be be warm compared to sandals. They are very stylish nonetheless from a historical point of view. Maker: Zabattigli 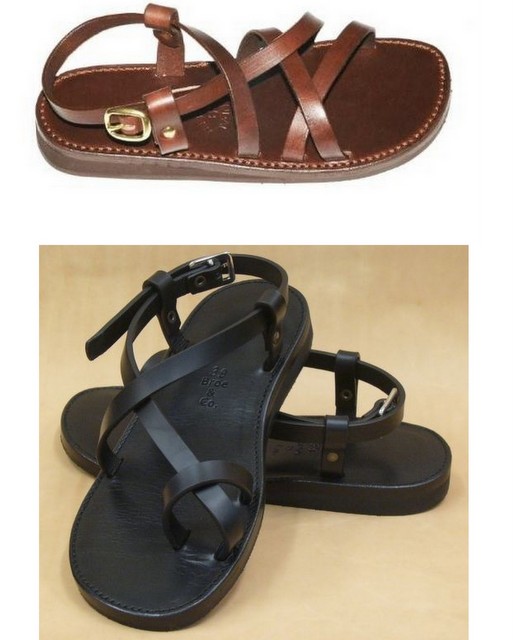 Jesus sandals should be made to measure in a leather shop. They are not difficult to make, and many leather shops will provide the service. Wear them with off-white linen. Amen. Makers: Sandalmageren and Broe & Co 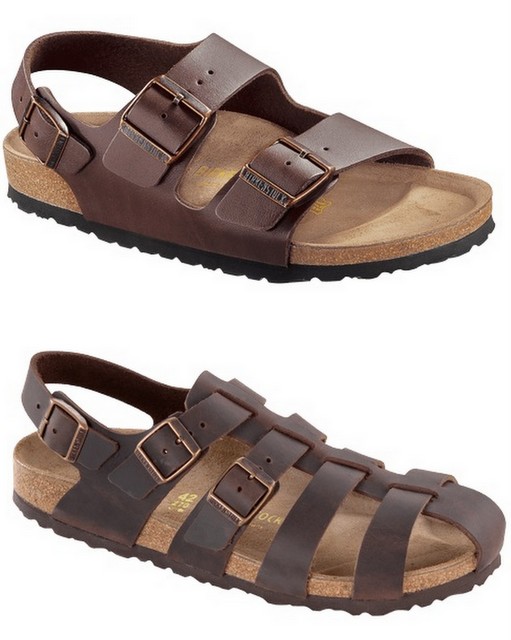 Perhaps I should have skipped them but cork Birkenstocks are summer classics, which really cannot be ignored by the sartorialist. The most relevant models in my view are the Milano and the Zadar. which have heel straps. Maker: Birkenstock