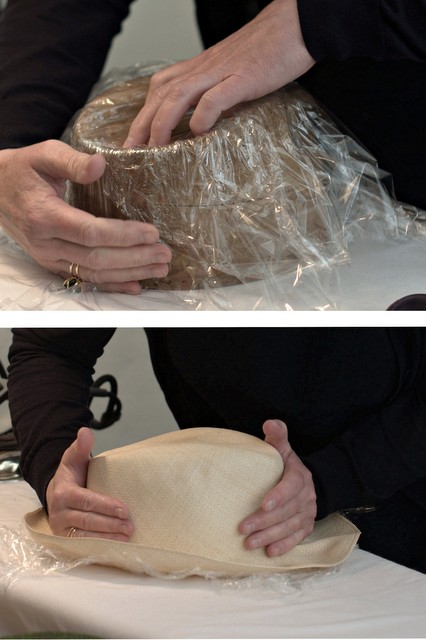 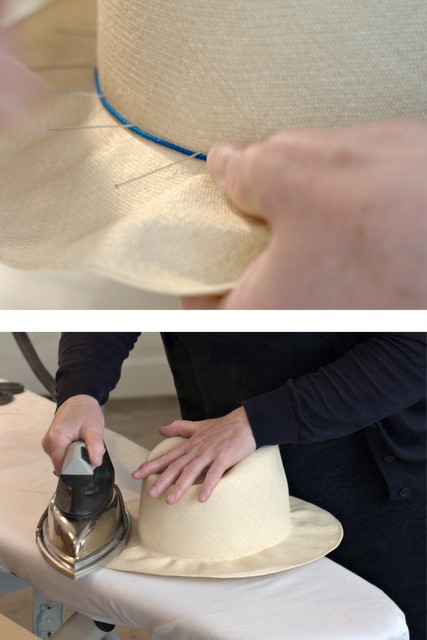 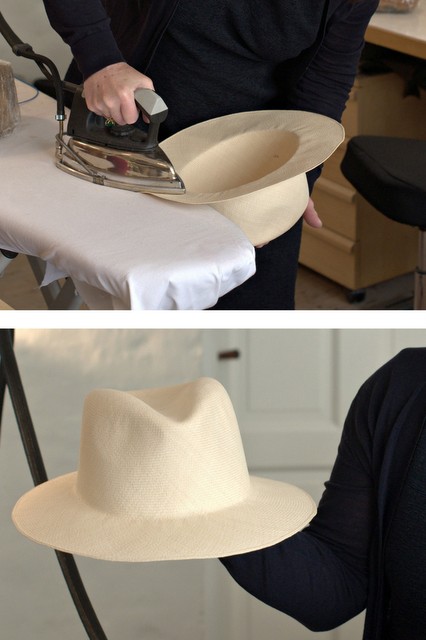 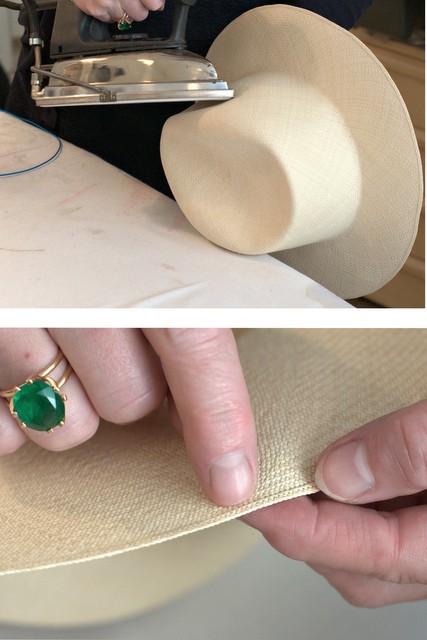 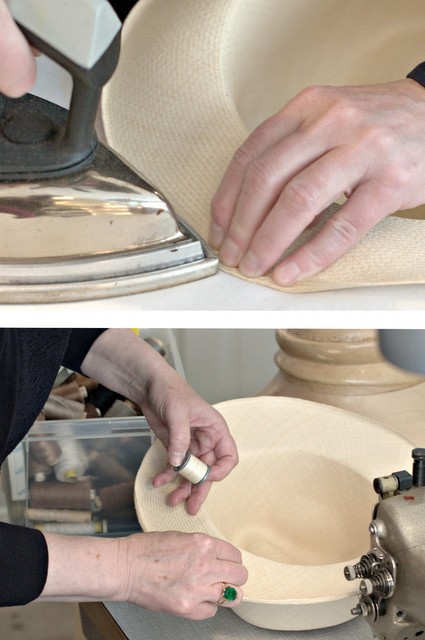 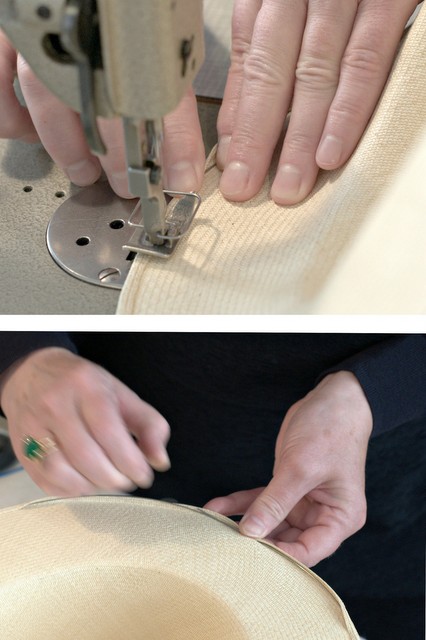 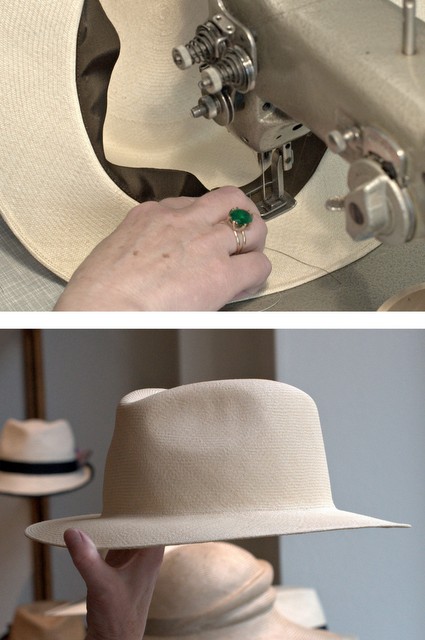 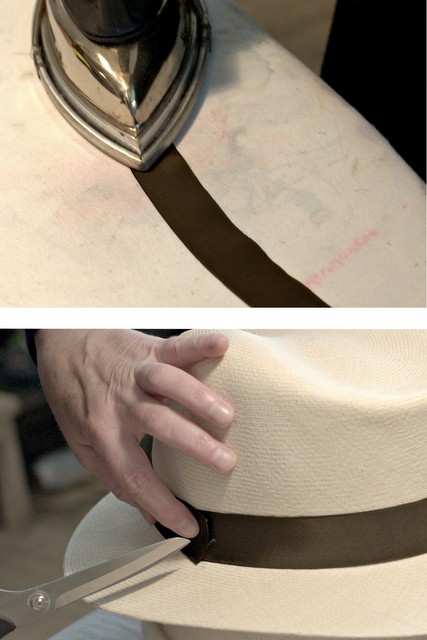 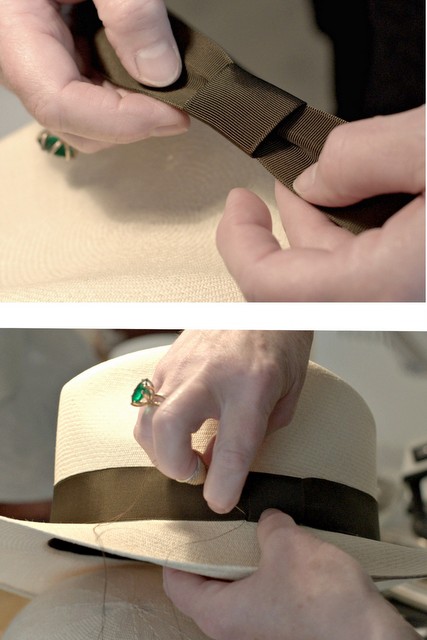 Five years ago I wrote an article for Børsen, the leading financial newspaper in Denmark, about the Panama hat. I told about the origin in Ecuador, the toquilla palm fibers, the grade related to the fineness of fibers used, the classic Optimo model with the fold in the crown, and the world-wide popularization, which came with the construction of the Panama Channel in start of the 20th Century.

Since then I have often had in mind to have one made up. To me a task like that demands a craftsman, though, and I didn’t meet one I would trust it to, so nothing happened.

Then, last year, I past a small but elegant hat shop on Store Kongensgade in the old part of Copenhagen. I had passed it before but this time I took a closer look.

It turned out that the owner, Susanne Juul, trained as a bespoke tailor before she went to hat making. Moreover, she apprenticed at Mokjær. This background made me very confident, because bespoke tailoring is supposed to be the mother of all clothing crafts. It gives you the founding techniques and feel for materials. I decided to start a Panama hat order. (Afterwards, I should discover that people, who know more about hats than I do, regard Susanne Juul as the best modiste and hat maker in Denmark).

To begin with, I had to find a raw hat for the project. That I bought from Robert at Panama Bob’s. I chose a 22 grade, which has a rather fine and thin fiber base but nothing extreme. The hat stayed in the drawer during winter, and in May the finishing took off.

First step was to decide on the hat form. I went for an old one from now defunct Skodsborg Hat Factory north of Copenhagen. The form has a tall crown, which should slim the face a little, which is convenient, if you have a broad face like yours truly.

Susanne Juul moistened the raw hat before she began moulding it around the form. Then she pinned it, and the hat would dry overnight.

For the ribbon, I chose a thick dark brown band made of viscose. Susanne Juul told me that it is getting increasingly difficult to find this type of hat bands. Newer ribbons made of polyester don’t respond to heat properly, and don’t have the elasticity of viscose, which is important for a smooth fit of the hat.

Many producers will paint their straw hats with lacquer to set the shape. We avoided it. We agreed that lacquer isn’t in line with the history of the Panama hat. Susanne Juul did, however, strengthen the brim with a wire. 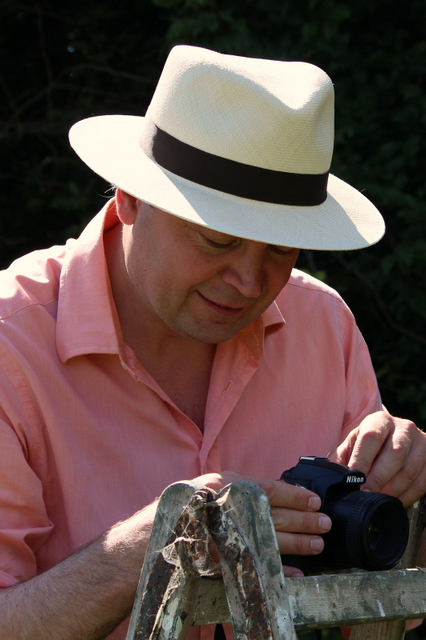 As always, if I intend to shoot a self-portrait, things got complicated, when I wanted to take a garden photo of myself in a bespoke apricote voile shirt and the Panama hat from Susanne Juul. Luckily, my sister spotted my struggle, and I could skip the self-portrait.