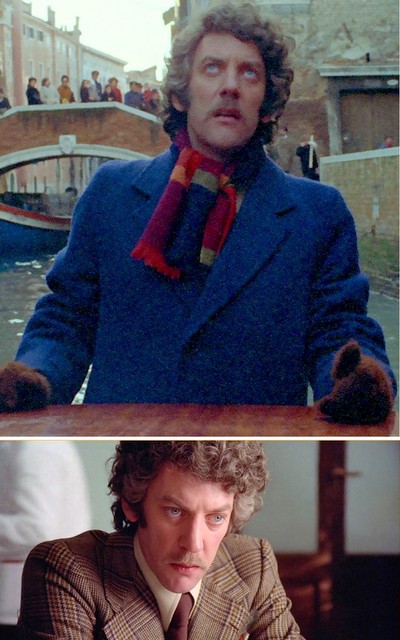 The scariest movie I have ever watched is David Lynch’s The Elephant Man. I couldn’t sleep for three years after watching it. I felt so sorry for the poor fellow. In second place comes Don’t Look Now starring Julie Christie and Donald Sutherland.

Not long I watched Don’t Look Now again. It continues to be disturbing. But what struck me this time, is Donald Sutherland’s wardrobe. It is great. It is influenced by the 1970s but the use of colours and accessories is close to timeless. The electric blue chesterfield overcoat in combination with a patched scarf, hairy mittens and a faux tweed suit is bold and harmonious at the same time. 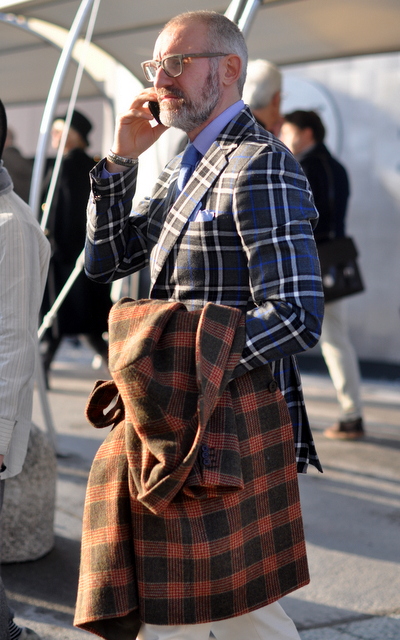 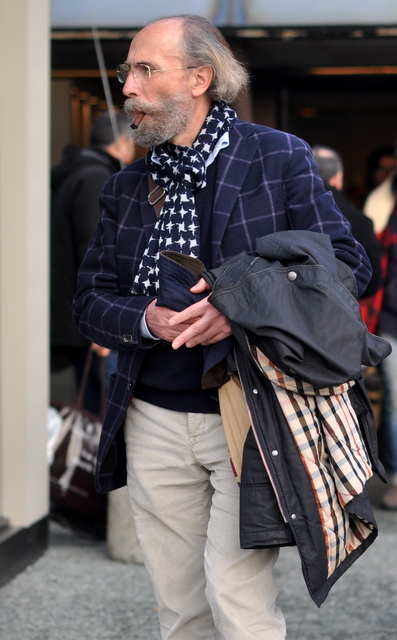 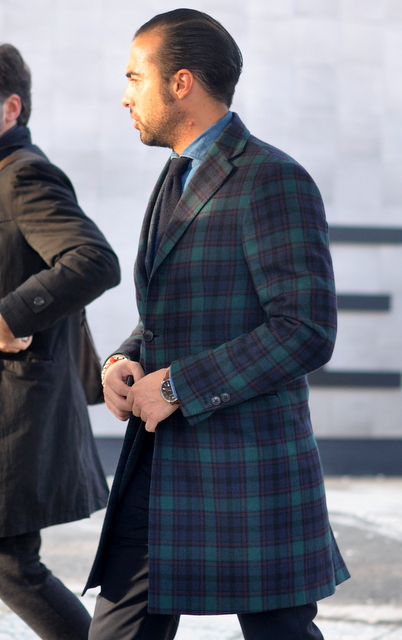 Strong plaids are dangerous. They may signal eccentrism. That will not be good for business.

Luckily, many men don’t have to worry about such conventions anymore. They are free to choose, what they like. They can go for plaids. 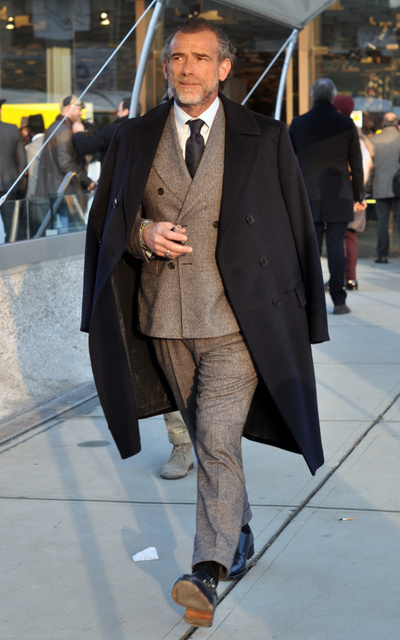 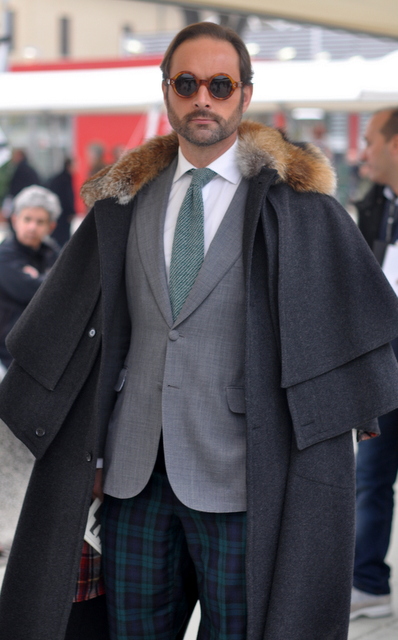 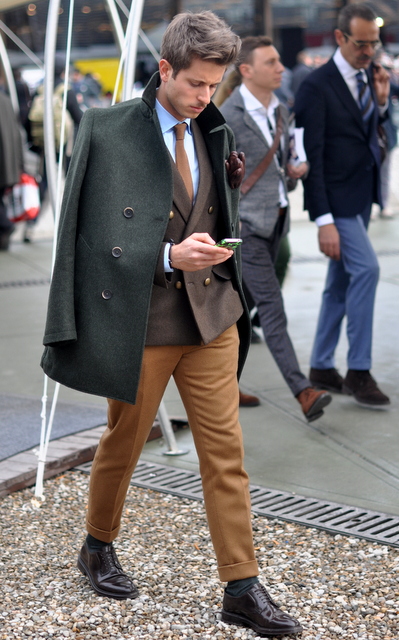 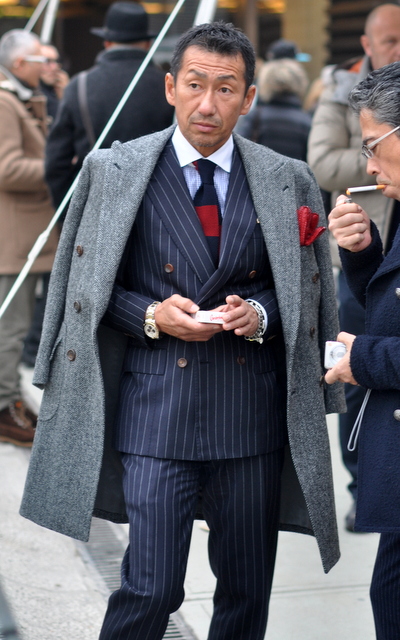 Pitti Uomo is fun. The menswear trade fair in Florence is a theater of style with good and bad acts.

Compared to the winter trade fair of last year, I didn’t identify significant changes. People could be wearing more tweeds and less flannel, but I am not sure about that. Boots were common, and so were monk strap shoes. The narrow cut was still there, however not as uniquely popular as before. People liked hats and colourful scarves. Lots and lots of grey and blue, including lighter shades like royal blue.

The wearing of overcoats as capes, which has a dramatic effect, is seen before too. But, the art of carrying it out is always a challenge. The gentleman in the upper photo does it quite well, doesn’t he?