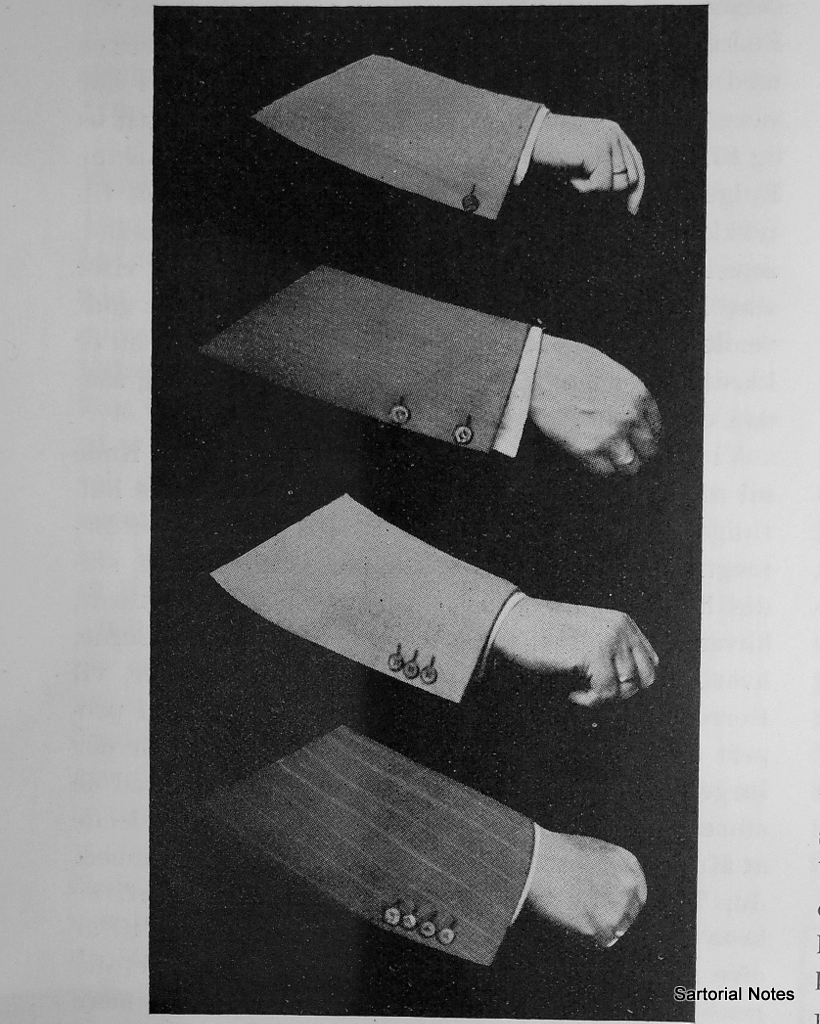 Industrial production and commodification are great forces. They make more items accessible to more people. There is a price to pay though in terms of quality and refinement.

Take a look at ready-to-wear suits. They all appear the same. There is no rich variation in fabrics and designs, in suit details. That would be too costly and difficult, and most customers don’t have a clue anyway. So modern suits differ on fit, sizes and marketing.

Perhaps customers 50 or 75 years ago didn’t know much more about suits than today’s customers. But production was different. Thousands of bespoke tailors were still around. I have figures, which show that approximately one third of suits sold in Denmark in the 1930s were bespoke suits.

A situation like that would form a better backdrop to sartorial discussions of suit details, say, cuffs and lapels, because bespoke tailors by the nature of bespoke tailoring deliver suits in a much larger range of fabrics and designs than a production completely dominated by an industrial ethos like we see today.

That was more or less what I thought, when I stumbled on these old photos or small “studies”, as the tailor journal calls them. The studies are from 1937. Above the journal zooms in on the sartorial details of cuffs. Nowadays we’ll see three or four kissing buttons like shown on the lower two sleeves. People knowing about bespoke regard these two variations as the common solutions, with the four button-cuff as the first choice.

Before the one-button cuff and the two-button cuff with spread buttons were often seen though. I think the latter was even popular on summer suits. Check out Harry Graff Kessler.

Moreover, the study shows differences in sleeve tapering. Tailors now are often eager to make narrow cuffs regarding them as more elegant. The view on cuffs was not so 50 years ago necessarily. 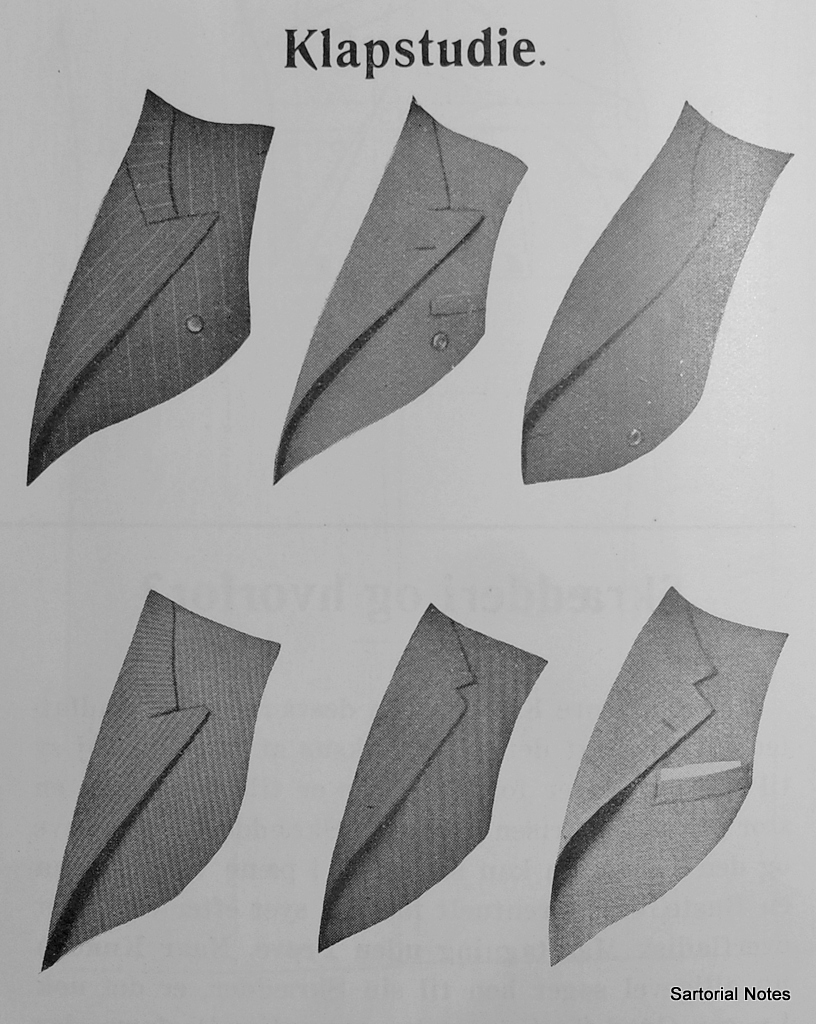 The rich variation in lapels on bespoke suits.

Bespokesmen love lapels. They signify they suit like no other feature, except for the cut of the suit and the shoulders. One reason to the worshipping of lapels is that industrial production has a hard time doing anything interesting with lapels. You need a craftsman, a tailor, to make a lapel roll elegantly.

The lapels above, four peak lapels and two notch lapels, come from six bespoke tailors in Copenhagen of the 1930s. All six lapels roll beautifully. If you look carefully, you will see how the tailors have achieved the effect each following their own path. None of the collars and lapels on the suits are shaped the same way. It is magic and the art of the craftsman in one photo as opposed to the boring efficiency of the machine, which confronts us everywhere in 2016.