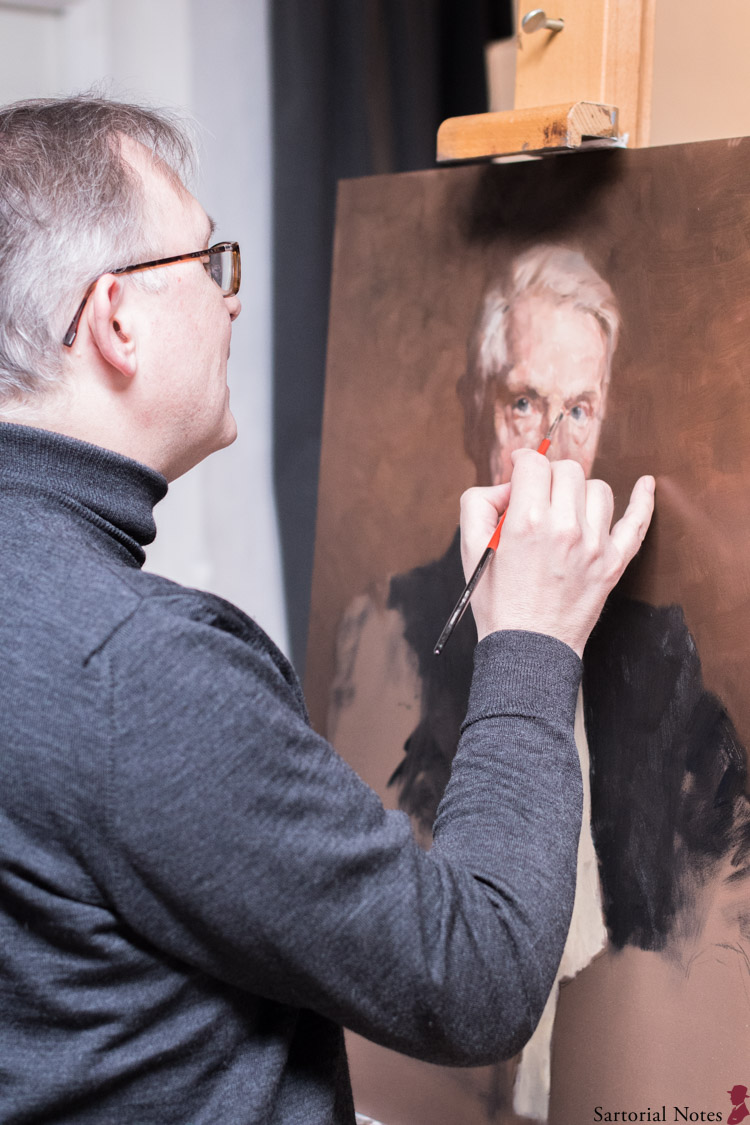 Portrait painting today often includes a context or a reference to the person’s life or ethnicity. Classical, pure portrait painting founded in the 19th Century is less common. 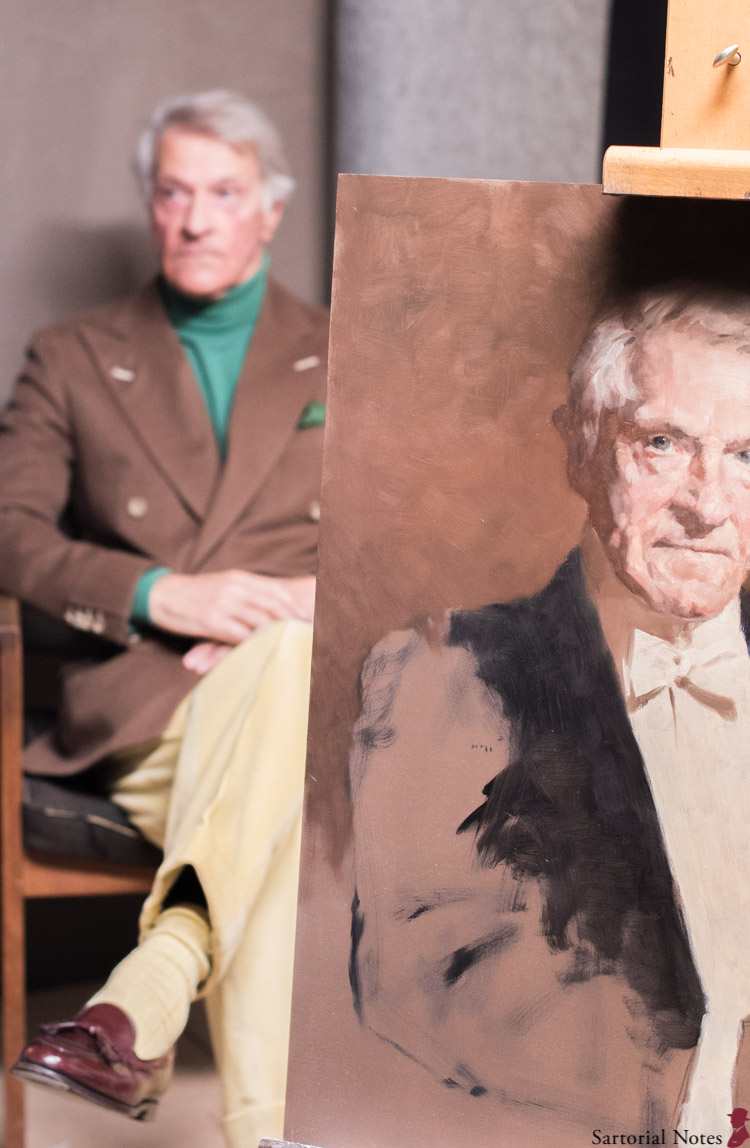 A reader of mine, Jonas Barlyng, performs the rare art of classical portrait painting.

This week he just finished a portrait of Butler. Only contextual feature is the evening wear, bespoke, of course. 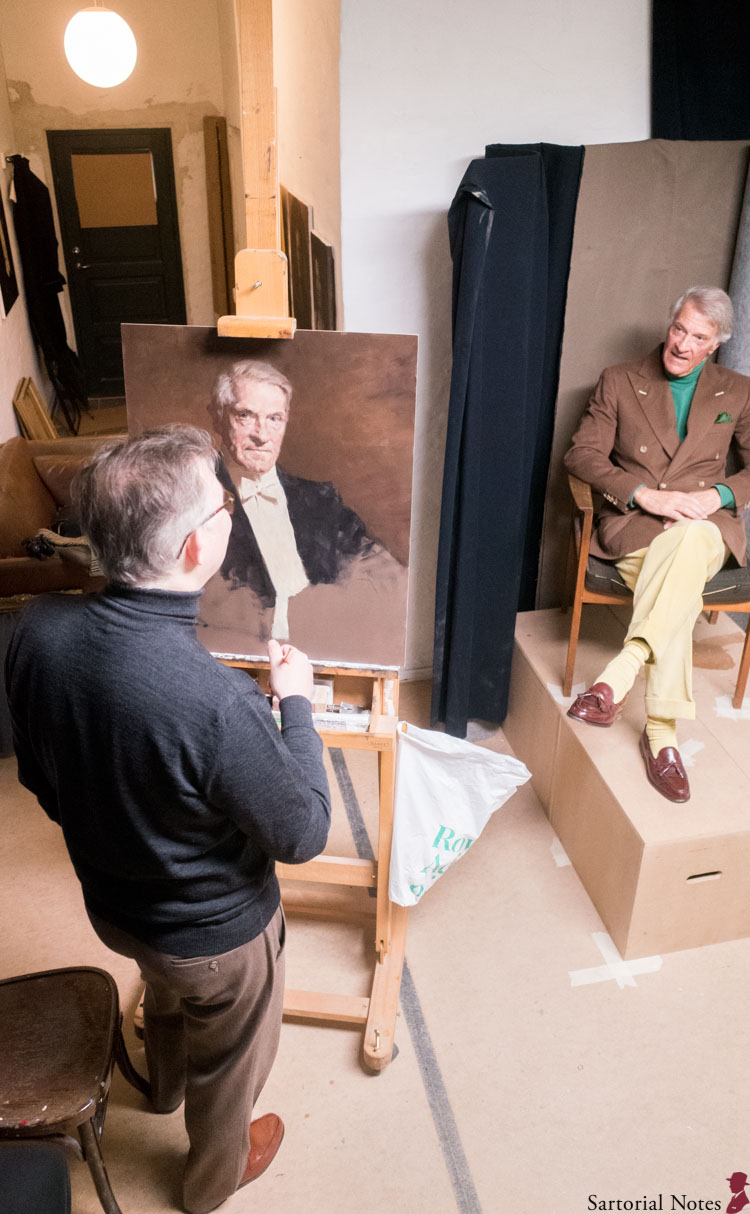 The painter and his model.

I visited Jonas and Butler at Jonas’ atelier in downtown Copenhagen, and I went to the reception at Butler’s house, when they unveiled the painting. Both Butler and Jonas held a speech. 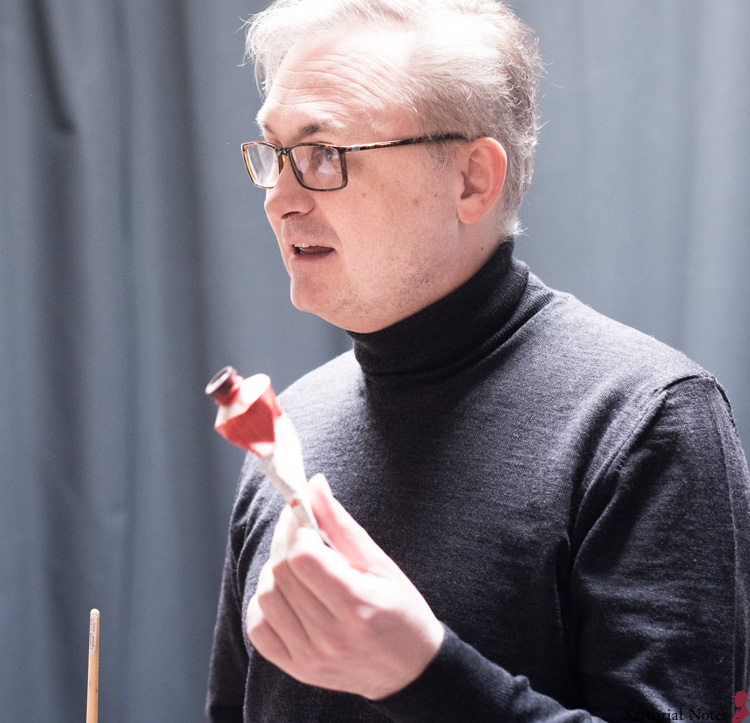 Jonas uses a technique of long, swift brush strokes that results in a clear picture at a distance. If you stand closer to the painting sharpness dissolves. It’s magic, in a way. 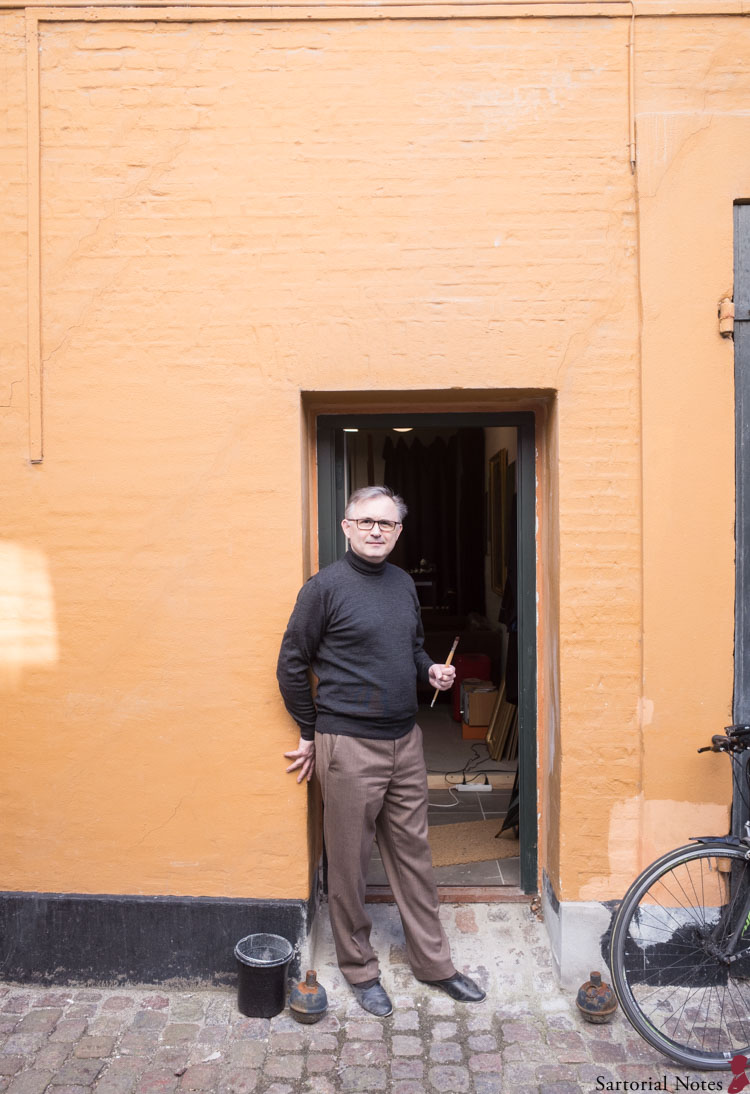 A new side of Butler 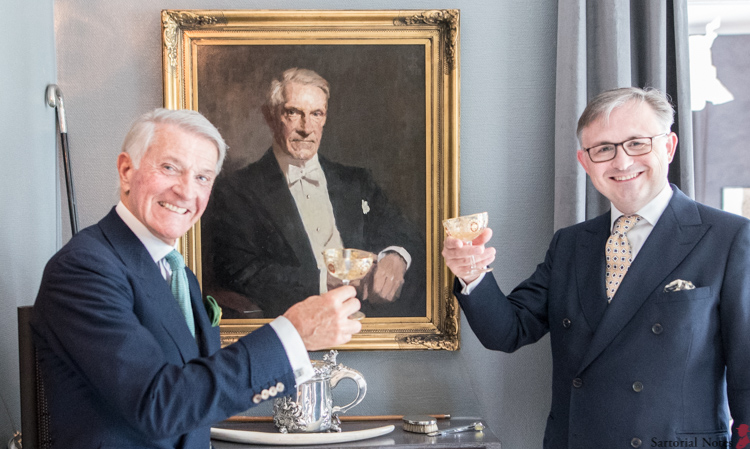 Usually, in photos, Butler looks somewhat servere and tough. Jonas’ painting adds softness to his expression as if Butler has a hidden gentle side as well. I like that. 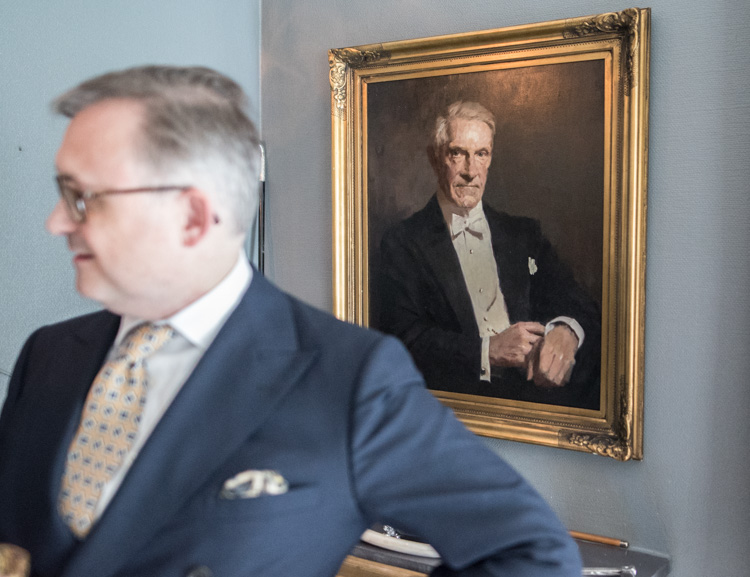