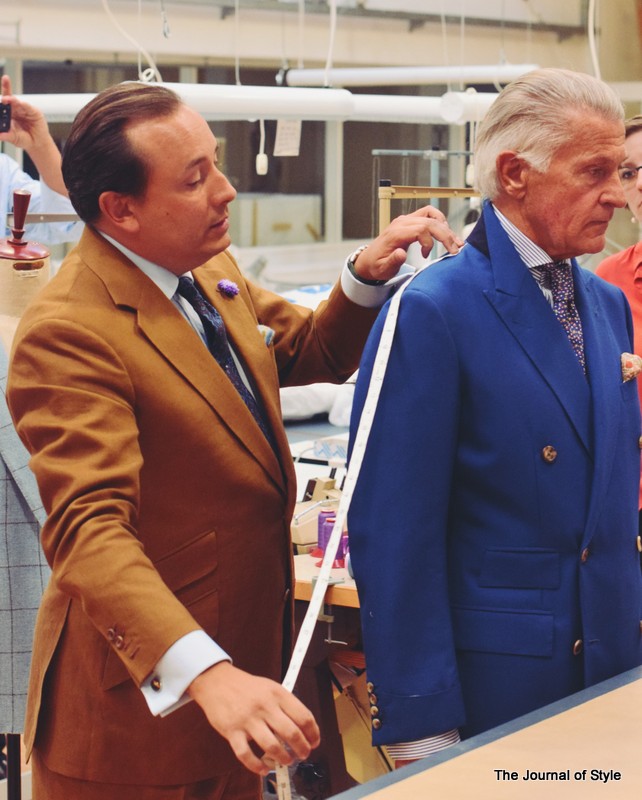 Butler is the model 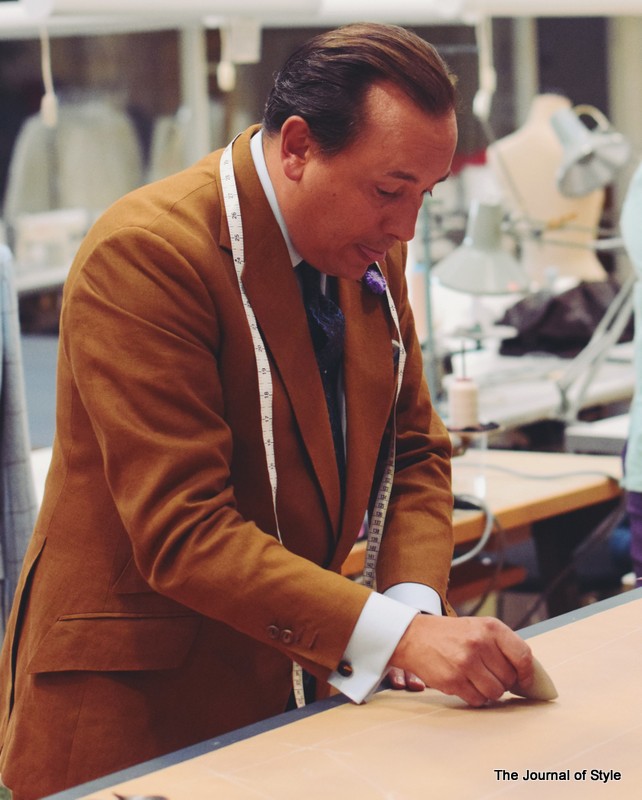 Drafing a pattern by “Rock of Eye” 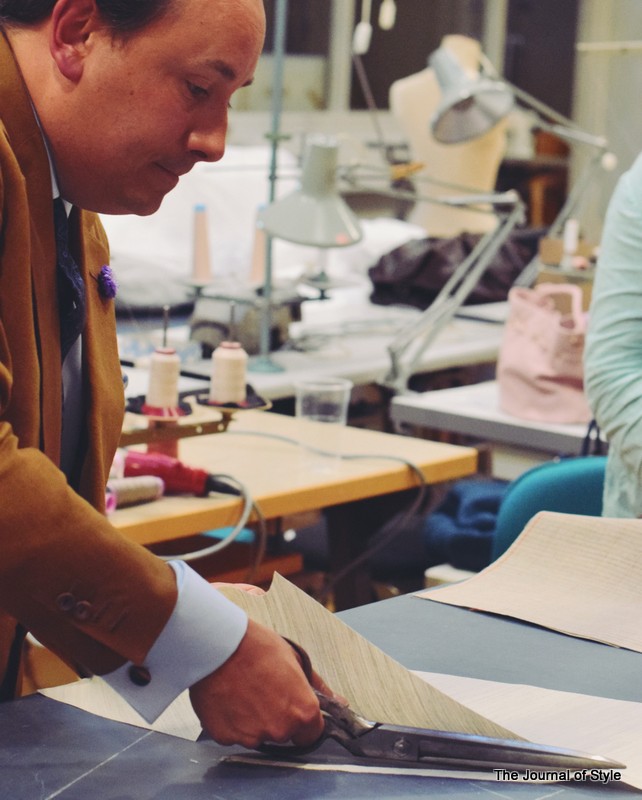 Cutting the canvas on the bias 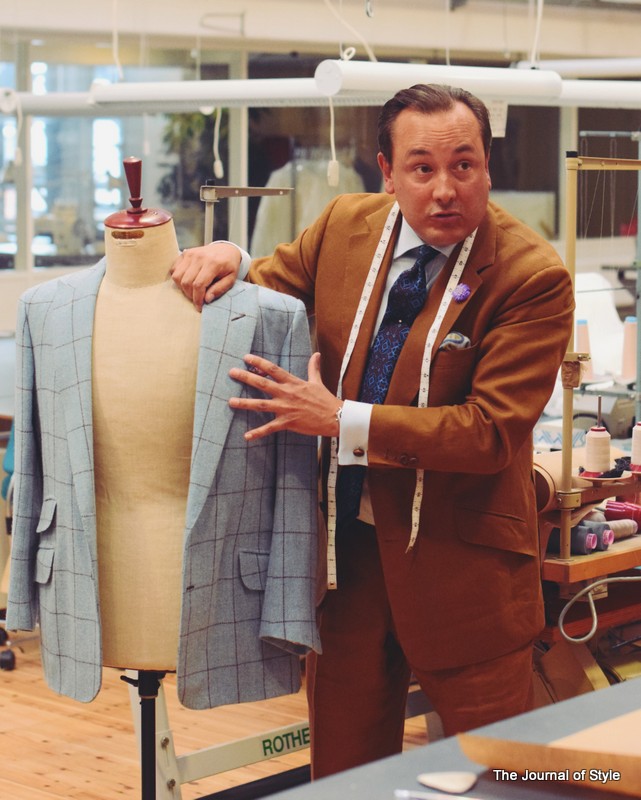 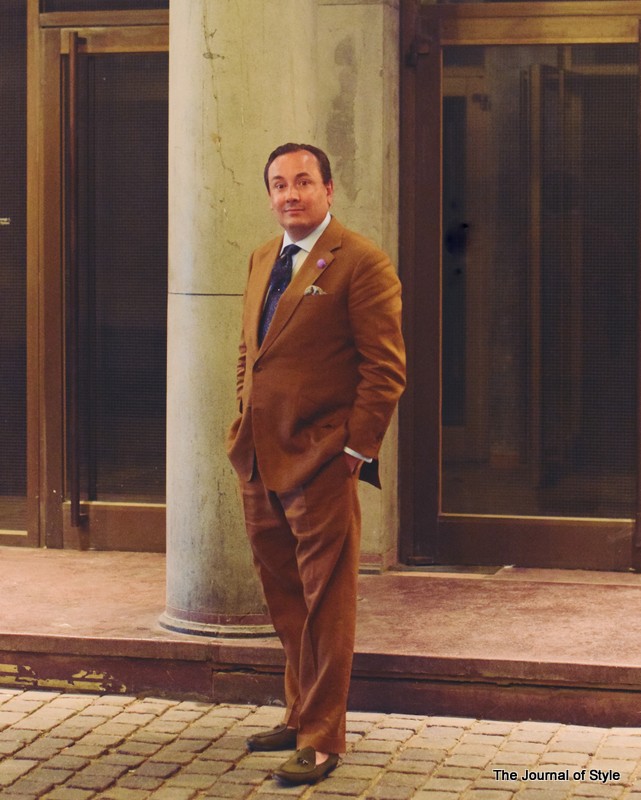 At The King’s New Square in Copenhagen

Savile Row tailors travel to the States, and once in a while to Paris, Munich or another big city on the Continent. Copenhagen up north is a very rare destination. Therefore it became an event, when Savile Row tailor Steven Hitchcock and his fiancée Celia paid a visit to Copenhagen last week.  Thanks to bespoke tailor Karina Mott in Copenhagen Steven took time to meet people, who are fond of the bespoke world, and he gave a 3-hour master class at The Danish Royal Theater for about 15 Danish and Swedish tailors.

A very interesting thing to hear in the theater was how lightweight cloth has changed cutting. To give an example, Steven explained that the simple traditional Savile Row fish cut in the side of coat doesn’t really work on modern 9, 8 or 7 oz. fabrics. A fish cut relies on molding the cloth in the skirt with the iron, yet you cannot do that with the new lightweight fabrics. Instead you must venture into more sophisticated fabric cutting to smooth out the jacket.

Another thing that I noticed is the amount of work and skills that go into making the canvas. It takes a lot of experience to create a canvas of haircloth and linen, which works well with the specific outer fabric.

Steven also explained his “soft tailoring” approach. Partly it is about the canvas, which he cuts on the bias, and the loose pad stitching. Thereby the jacket chest can drape a bit, and in combination with the rounded shoulders the drape effect creates an illusion of a strong upper body. Moreover, Steven inserts a relatively large upper sleeve into a relatively small armhole. That gives room for a lot of movement. I noticed that some of the Danish and Swedish tailors  got surprised by the large difference in measurements between armhole and sleevehead.

Steven’s way of cutting differs from the common method at Savile Row too. For the back he manipulates a block pattern like many others. However, for the front parts and for the armscye he applies “Rock of Eye”, that is, he puts aside tools except for chalk and a tape measure, and then he freehand drafts lines and curves. He was taught that method at Anderson & Sheppard’s, he told us. Rock of Eye gives more freedom to create the pattern as you like, yet it also introduces more risks I guess, and you have to be really good at it to succeed.

All in all it was a pleasure to watch Steven unfolding his craft. The 3-hour class didn’t feel too long at all, even for a layman like yours truly. 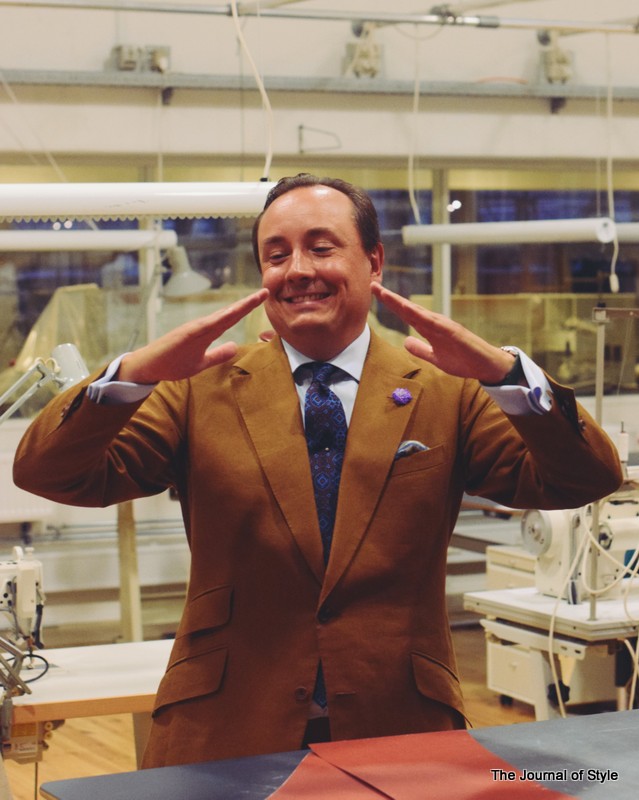 The shoulder angle of an English crown prince, whom Steven has made garments for. 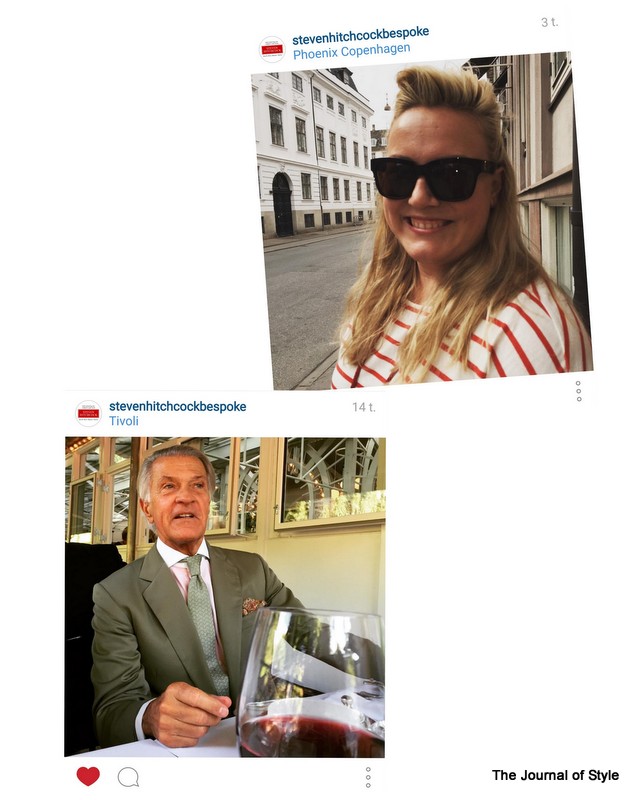 Dinner with Butler  in Tivoli, and Celia outside the hotel. Photos from Steven and Celia’s Instagram account. 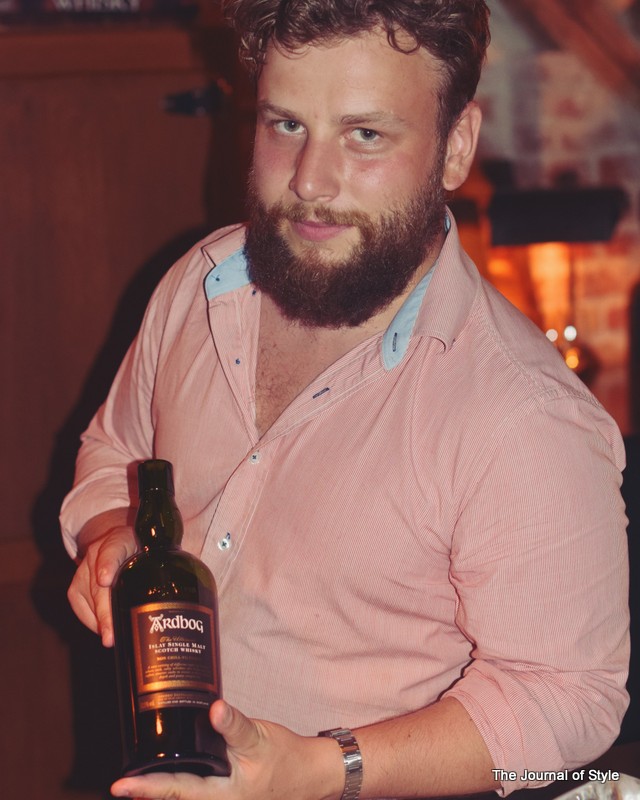 The day after the class at the theater there was a sartorial meet-up at the whisky bar Lidkoeb in Copenhagen. I went for a strong smoky Ardbog whisky. 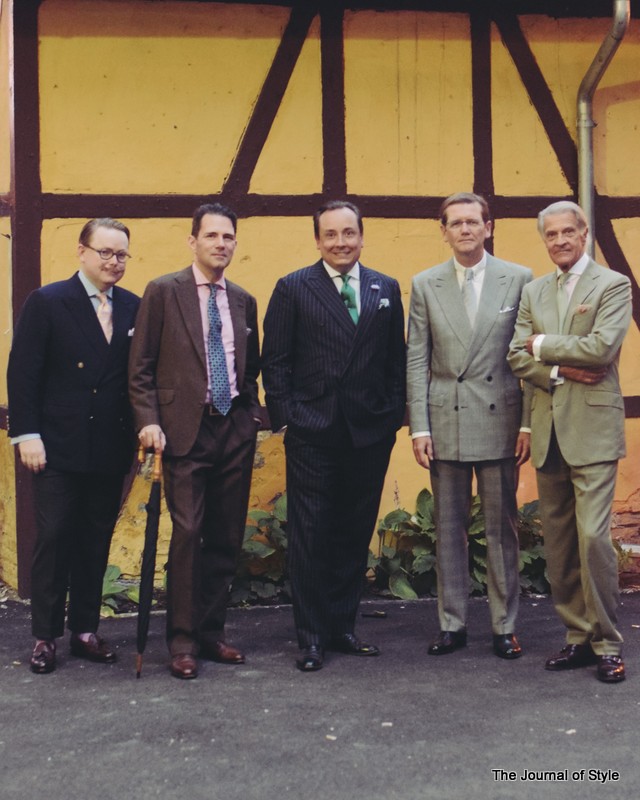 For the American reader I can mention that Steven and Celia will be travelling to New York City and Boston start of October. You may read more at their website.