Will ended his blog A Suitable Wardrobe last year. I believe it was the largest on classic menswear out there. Now it is not completely clear, who has the lead. This is mainly due to a rising number of rapid Tumblr blogs and Instagram accounts, which compete for attention with traditional menswear blogs like Will’s (and my own). True, Tumblrs and Instagramers communicate through images mainly. To a lesser extent they use the written word, save a few Tumblr blogs for instance the eminent Die, Workwear! Nonetheless these new channels conquer attention in the field of classic menswear, and it is great if we speak about a Tumblr like Voxsartoria, which is an outstanding image source. That said I cannot really see how slow menswear blogs combining text and images will disappear or even shrink. They are able to transmit knowledge, which the agile image machines cannot do. 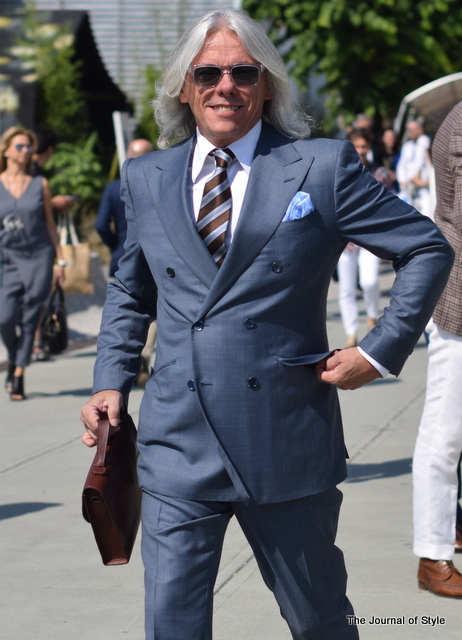 Hugo Jacomet of Parisian Gentleman is one of the leading bloggers from my own Blogspot and WordPress generation, who believes in writing as well. He was in Pitti Uomo in June wearing French haute couture tailoring, probably Cifonelli. 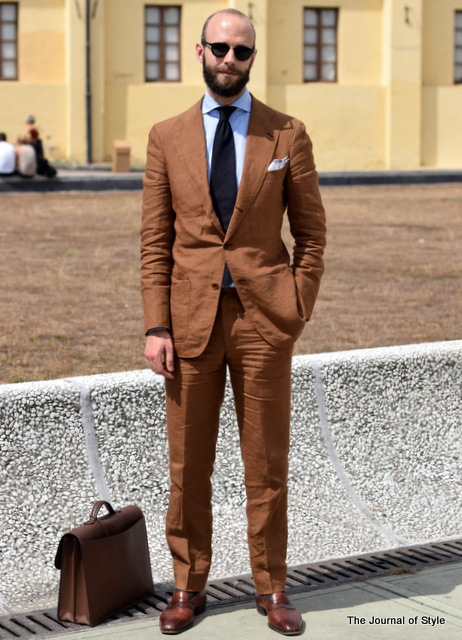 Simon Crompton of Permanent Style is another top WordPress blogger on fine classic menswear. Possibly he is closest to Will’s throne, if it makes sense to talk about that position today. In Pitti Uomo I saw him wearing a tobacco brown linen suit from Spanish tailor Langa. 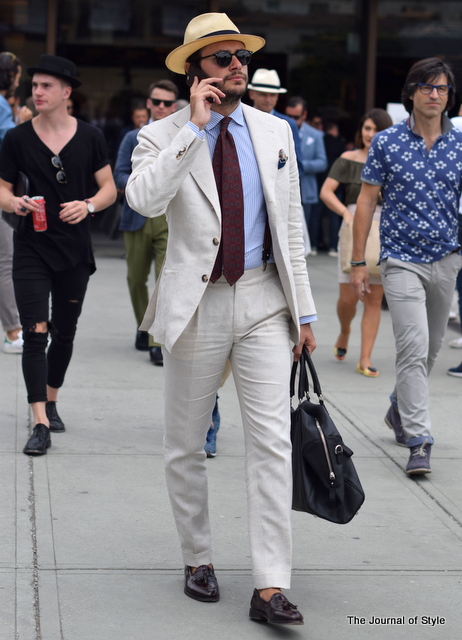 Fabio Attanasio of The Bespoke Dudes is a fairly new, yet apparently mighty blogger in classic menswear. He is based in Italy. Like other people in the trade he is aware that it can be a good idea to sport clothing yourself in front of cameras like mine to get the message through. He seems to have created an ingenious mixture of WordPress, Tumblr, Instagram and Facebook communications. I got a picture of Fabio in Pitti Uomo, when he was wearing an offwhite linen suit, a straw hat, tassel loafers, and his beloved phone.