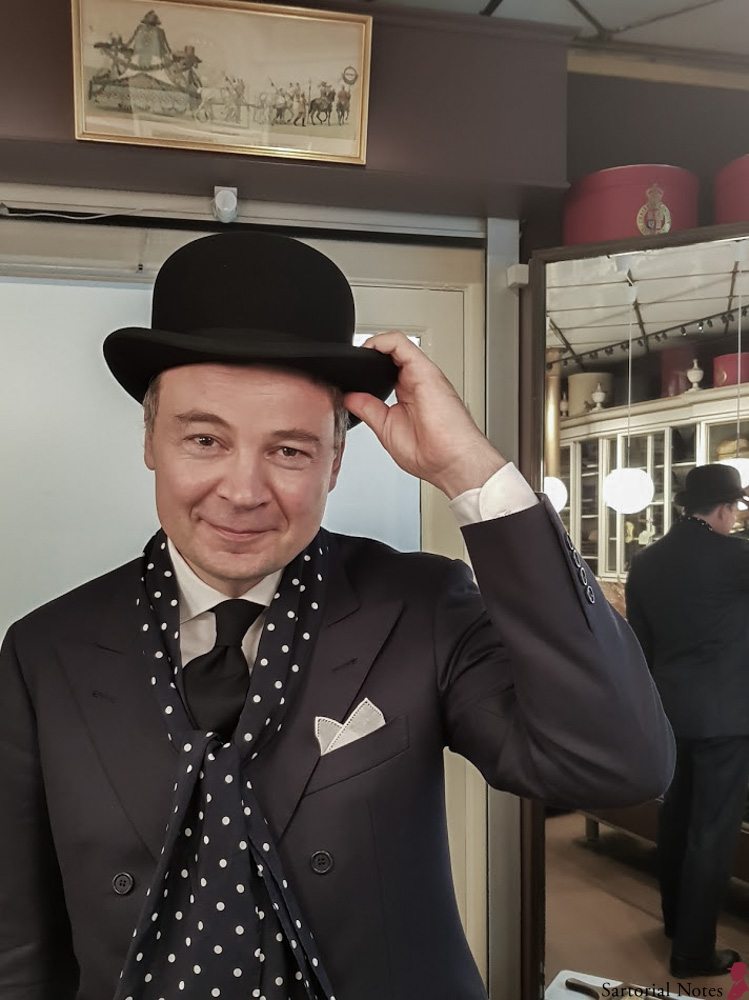 Bowler hat style at Petitgas in Copenhagen. The shop is from 1859.

The bowler hat went away in the 1970s. Hat wearing at large had already begun to slip in the 1950s.

Soft felt hats have had retrocentric comebacks. Not the bowler. Perhaps it is too codified, too associated with an old generation of bankers and businessmen in City of London.

Interestingly, it is not more formal than a fedora. The bowler is a hat for suits too, not semi-formal and formal wear that demand a top hat.

The Brothers Bowler and the bowler hat

Lock & Co Hatters takes credit for the birth of the bowler hat, or the coke hat, as they prefer to call it.

Nobleman Edward Coke, the younger brother of Thomas Coke, Earl of Leicester, wanted a more practical hat for their gamekeepers at Holkham. The top hats got pulled off by branches too often. In 1849 Edward went to their hatter in London, Lock, to commission a solution. Lock went to their sub-provider Thomas and William Bowler in South London. The brothers came up with a hard rounded hat of beaver hair felt that excited Edward. He ordered a batch for their gamekeepers at Holkham. The bowler was born.

How to wear a bowler hat

There is little playing around with a bowler, unless you use Chaplin movies and a movie like The unbearable lightness of being as a guideline. Specifically, you don’t bend or shape the brim or the crown, and normally you don’t wear a bowler aslant. 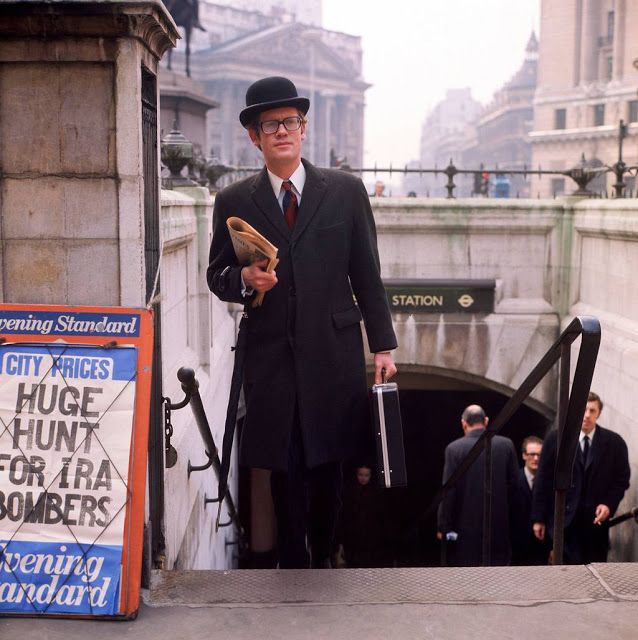 During winter you combine a bowler hat with a dark wool coat, a chesterfield. In Spring and Autumn a light tan rain mac is the choice of overcoat.