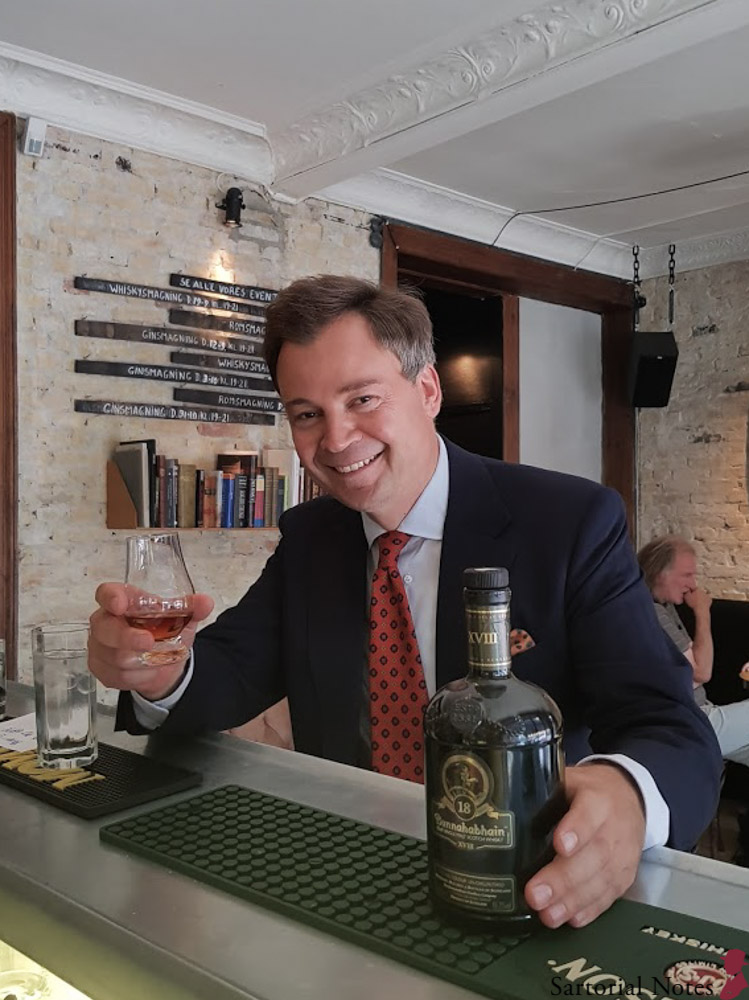 Scotch and bespoke suits are a good match, clearly. We embody a habitus that tend to bundle related interests in what we call a lifestyle.

I read a fine new book on Scotch whisky recently called Scotch whisky. Danish connaisseurs Peter Kjær and Lars Gregersen have witten it. Let me turn the book into a short introduction to Scotch on Sartorial Notes.

What makes a Scotch?

Usually, a Scotch will be a whisky from malted barley corns. Technically, a Scotch whisky goes through a process of malting, massing, fermentation, distillation, and three years of maturation.

Often bourbon will be a synonym for American whisky. Bourbon implies that at least 51 % of grains used are corn. Scotch could be a blended whisky from Scotland, yet many will associate Scotch with a malt whisky.

The famous single malt whisky is a whisky that comes from one distillery only, and it is a malted barleycorn whisky. A blended whisky could be a blend from different distilleries or different cereals. It may also be a blend of cheaper grain whiskies that haven’t been malted.

Clearly, this subject is up for discussion. Diageo Scotland, former United Distilleries, has since 1988, and quite successfully, promoted a bunch of their whiskies as the classic whiskies. Originally, those whiskies were: Dalwhinnie (15 years), Talisker (10 years), Cragganmore (12 years), Oban (14 years), Lagavulin (16 years) and Glenkinchie (12 years). Yet, there are a lot more good single malt whiskies.

Should I add water or ice to my whisky?

People want a clear answer to the question but there is no one. Traditionally minded whisky men will hesitate with water or ice, though. However, there is no clear consensus among the connaisseurs. Science states that a few drops of water can release flavours in a whisky, and that ice cubes will soften the taste.