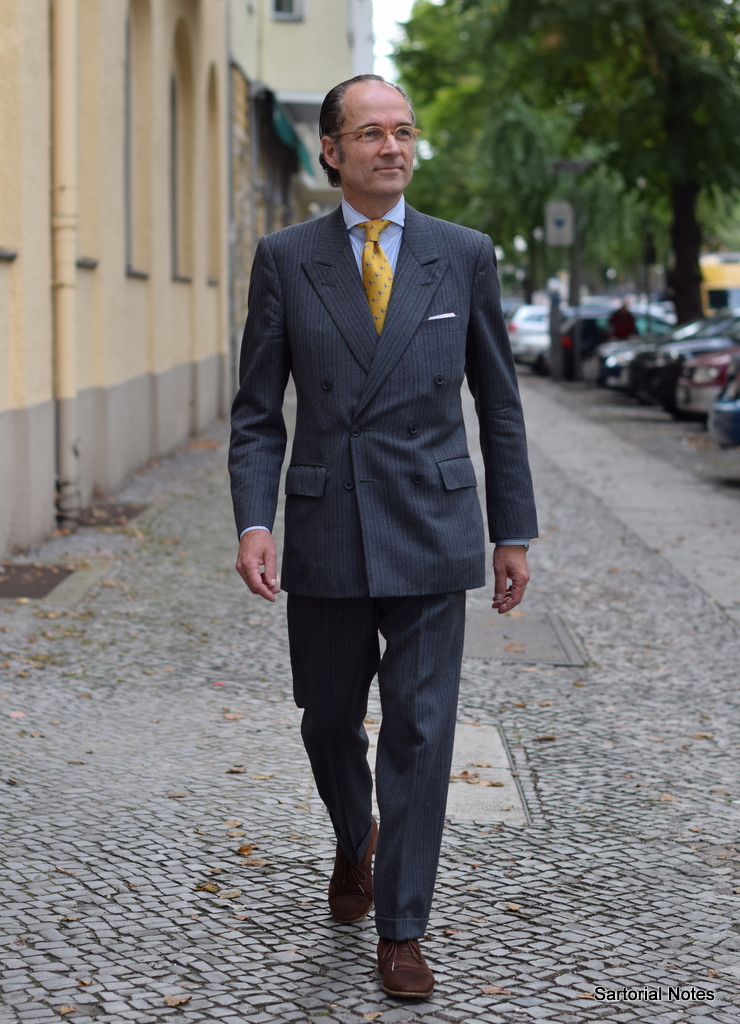 Bernhard Roetzel in his first Savile Row suit, tailored by John Coggin in the 1990s.

At first, I went to a fitting at Arnulf’s in Potsdam. Next, a meeting with Bernhard Roetzel, the German pillar in the triumvirate of pre-web authors on classic menswear: Alan Flusser, G. Bruce Boyer, and Bernhard Roetzel.

“Gentleman” (Der Gentleman), which is Bernhard’s most famous work, has sold 2 mio. copies worldwide, since it came out in 1999. I believe that should make it by far the best selling book on classic menswear in modern times.

I met with Bernhard at Adnan’s, a restaurant at Schlüterstraße 33, which is not far from Kurfürstendam. Bernhard told me that Adnan is a popular lunch place for CDU politicians.

We touched upon many clothing related subjects at the table. For instance, Bernhard told me about making the Gentleman book. Könemann, his publisher, provided a photographer, which Bernhard could send to different shops, craftsmen and factories. The research and the writing he would have to do in his sparetime. Speaking with people in the trade provided him with a lot of information for the book. The web was in its infacy in the late 1990s, and was of no use whatsover.

I do think we can learn from that experience of Bernhard’s. Although the web is an amazing ocean with style suggestions and knowledge it cannot compete with speaking we real people in the trade.

Most of Bernhard’s early bespoke suits come from London and the Savile Row tailor John Coggin. On the day we met he was in his first suit from John Coggin, a double breasted striped suit. Nowadays he has become more interested in continental tailoring and style, he told me.

We agreed upon that we don’t fancy classic style, when it becomes retro style. Plusfours and bowler hat are perhaps fun to wear, yet they look silly today. Neither are we fond of fashionable classic style, that is, the skimpy slim-fit suits. 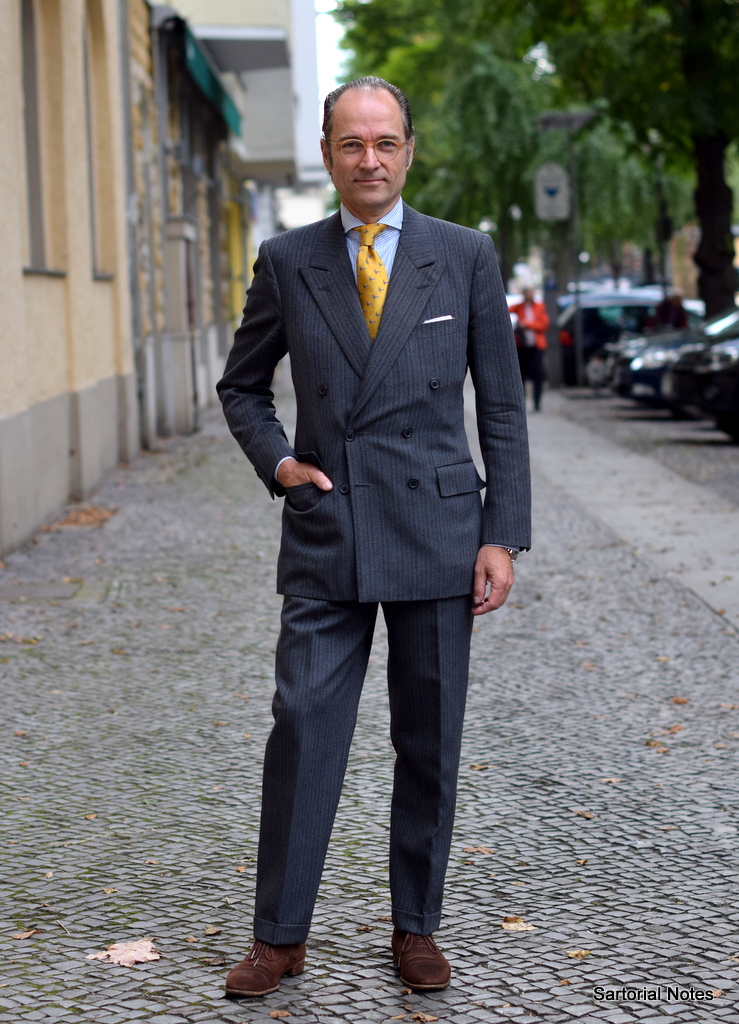 Bernhard Roetzel. DB suit and suede shoes on the streets of Berlin.

In addition to Der Gentleman Bernhard has written 10 books or so about style subjects, mostly on classic menswear. Recently he came out with a book about bespoke tailoring called “Bespoke Menswear: Tailoring for Gentleman”, which introduces the reader to the world of bespoke suits, shirts and ties. 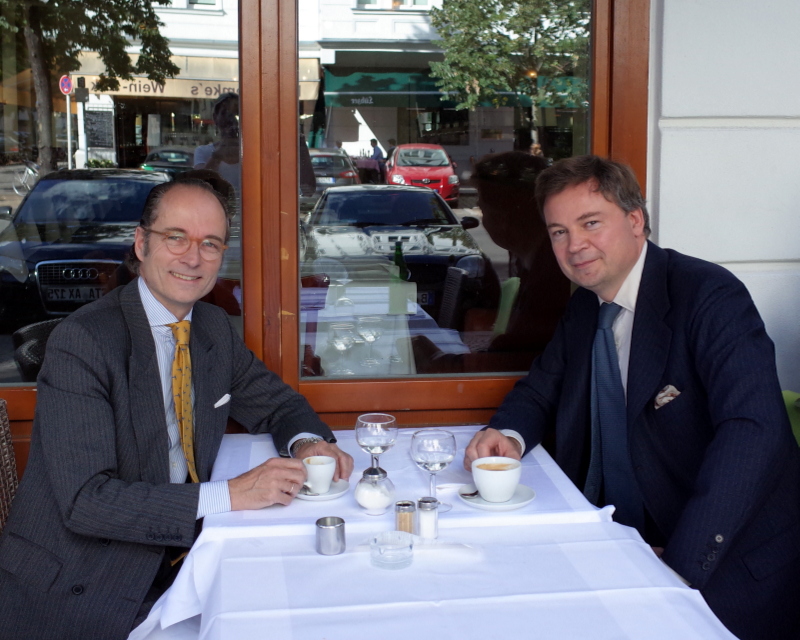 We were talking about Bernhard’s coming up book as well. I cannot go into details but it sounds promising.

After lunch we went to visit a Berlin tailor I didn’t know beforehand. I will report from that visit later.