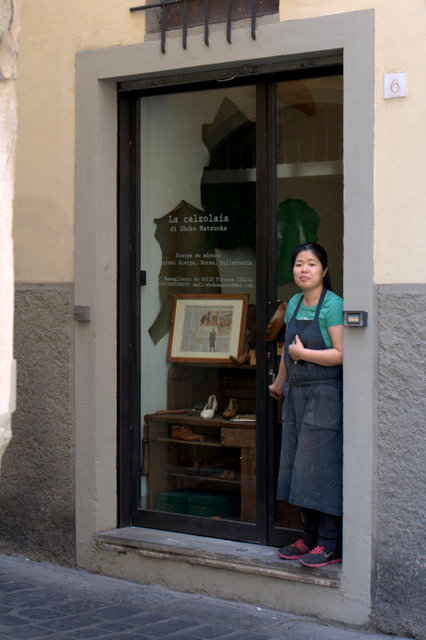 I was about to leave Florence, when Shoko Matsuoka’s shop surfaced at the beginning of an alley. I thought I knew all bespoke shoemakers in Florence, but this one I had never seen before. 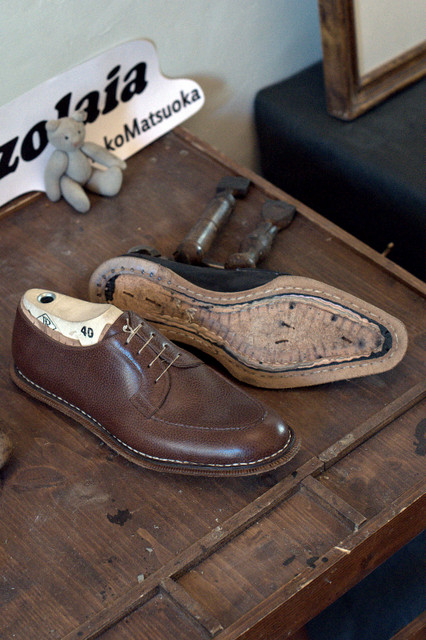 There was reason. Shoko Matsuoka has opened her shop just earlier this year. She comes from Maninna close by, where she has had her apprenticeship. 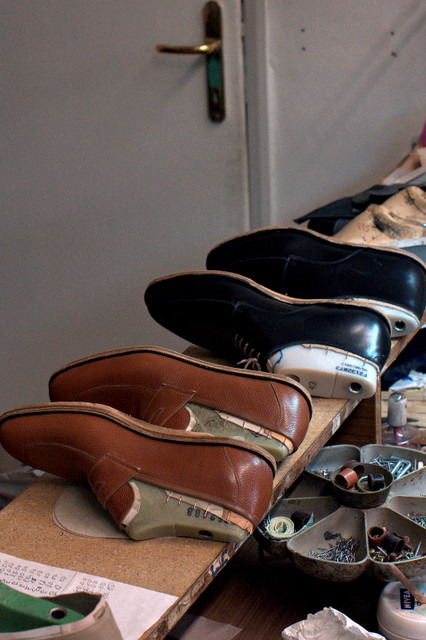 Shoko Matsuoka makes both men’s shoes and women’s shoes. She builds her shoes around patched plastic lasts instead of wooden lasts. I have noticed this practice has become common among shoemakers. I guess plastic lasts have reached a level that make them just as fine as wooden lasts. 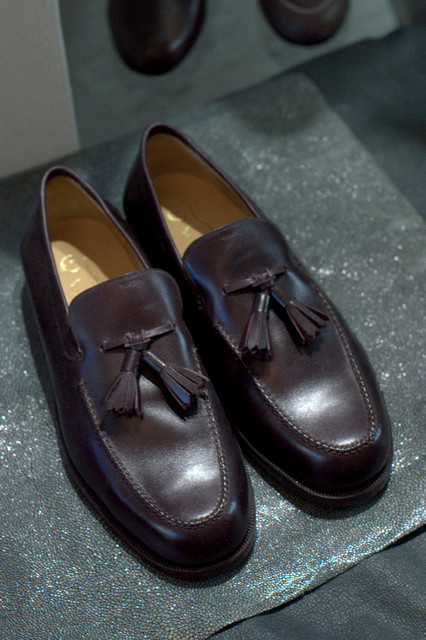 Shoko Matsuoka is located at Ramaglianti 6. She has no website yet.