“Smart yet informal, outdoorsy yet intellectual: this was the cool image I desired in the winter of 1976. I wanted the clothing (and associated charisma) of Robert Redford as the Watergate reporter Bob Woodward in All the President’s Men. And here was David Jones’ menswear department offering me my dream: a three-piece, corduroy suit. Mustard-coloured. Clearly, a corduroy suit not only helped a young reporter win scoops and the hearts of attractive female researchers, it had the ability to bring down presidents. In a casually businesslike way, hair attractively tousled, someone like me could look impressive wearing it while sitting on a chair backwards. (Spinning an office chair around and sitting on it backwards was what impulsively intelligent young men did in movies. Though in my experience, strangely, seldom in real life.) Unbuttoned and matched with a loosened tie, a telephone, a takeaway coffee and an attractive researcher, a corduroy jacket impressed with its significant message: You corrupt bigshots trifle with Corduroy Man at your peril. Meanwhile, a corduroy jacket could be carelessly slung anywhere: over a bar stool, the editor’s desk, the couch in the attractive researcher’s apartment. Where it lay was then undeniably your territory.”

Novelist Robert Drew weighs in passionately for a corduroy suit in his book Swimming to the Moon (2014).

Like denim, corduroy was a fabric for workwear. Perhaps you can say that while the Americans brought denim to the masses in the 19th Century, the Englishmen popularized cord. 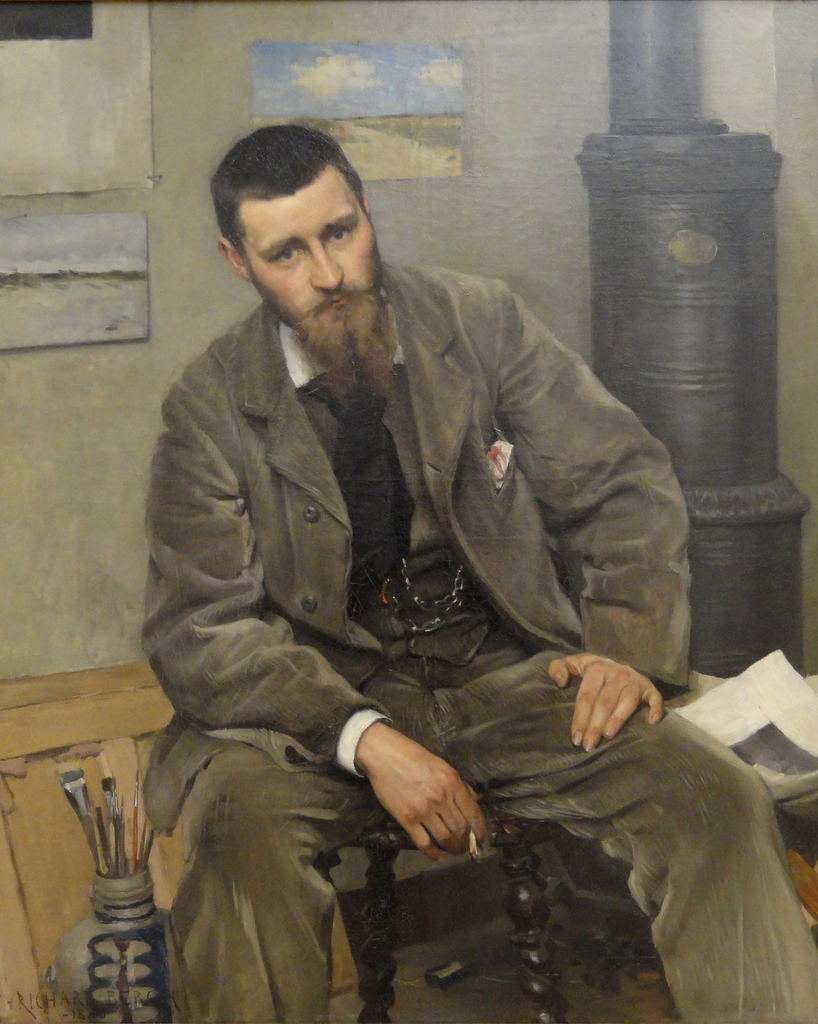 The oldest photo I know of a corduroy lounge suit I found in the halls of The National Gallery of Denmark. It is a portrait from 1883 of Swedish painter Nils Kreuger by Swedish painter Richard Bergh.

The artist’s affiliation to corduroy today you see in the director Wes Anderson, who regularly show up on the web in a fancy corduroy suit.