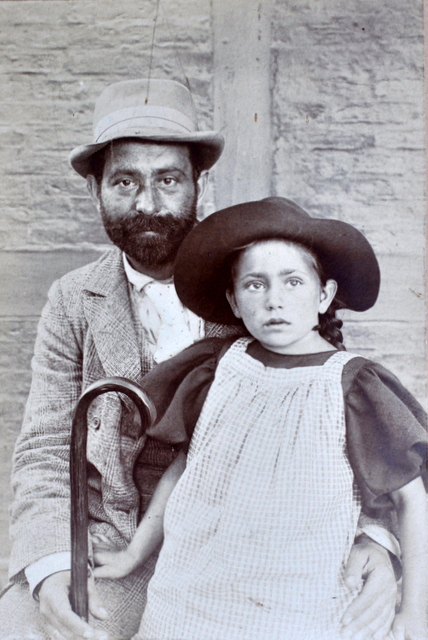 Theater director Emmanuel Larsen (in a prince of wales tweed) with his daughter. 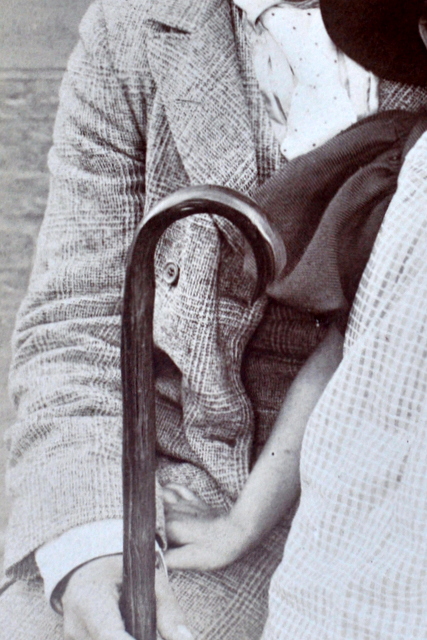 Looking at family photos hanging on a wall of my mom’s house, I rediscovered a portrait from 1898 of my great-great-grandfather and his daugther, my great-grandmother. A sartorial and historical detail captured me: the Prince of Wales tweed. The photo must be one of the oldest depicting the famous tweed clearly, certainly in Denmark.