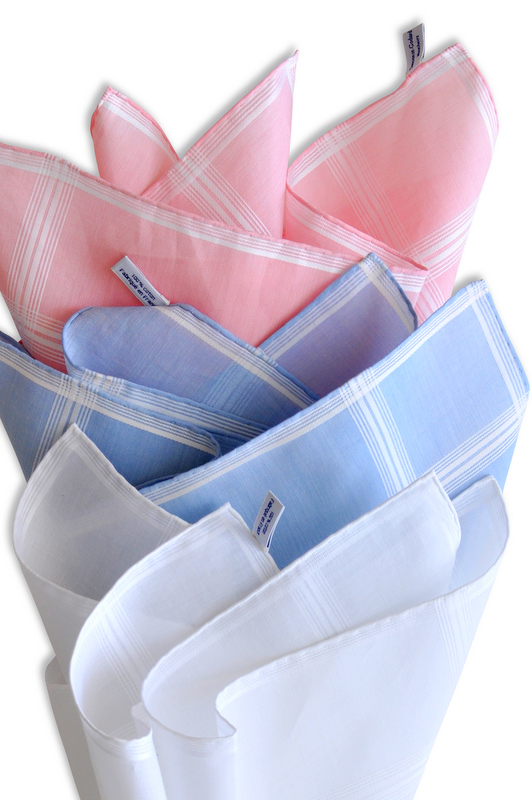 Handkerchiefs are meant to be refined.  It’s part of their nature (if they have such a thing). No one masters the art of making handkerchiefs better than Simonnot-Godard. They have been around since The French Revolution. From weaving the fabric to finishing the handkerchiefs by hand, they do everything themselves. True French style …

The charm of naivety is definitely what meets you when you step inside Saddler Dahlman’s. Time doesn’t so much stand still rather it follows its own off-beat and seductive path with tools, imagery and shapes that in many cases are well over a hundred years old.

And then there’s the hand-made that calls out to the inner romantic. Dahlman has for two hundred years produced and repaired halters, saddles and other equestrian equipment. Besides that the company has since the 1940’s fashioned leather accessories for menswear, designed in collaboration with some of the renowned architects of the past.

It hardly surprises that it is the latter endeavour that made The Journal of Style knock on the door, right there at number 5, Fortunsstræde in the centre of Copenhagen, where Dahlman has been based since 1930. The world of equestrianism is not The Journal of Style’s strong point. 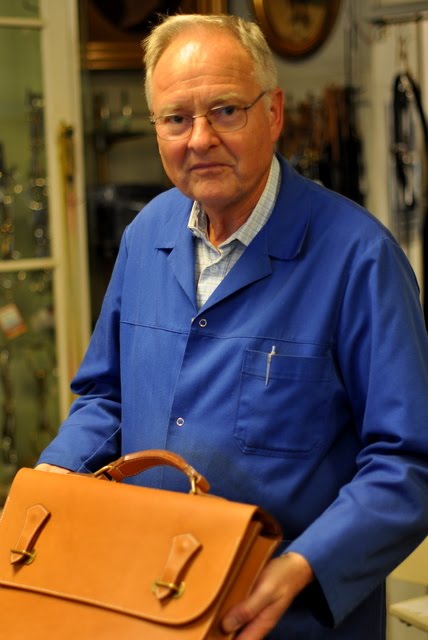 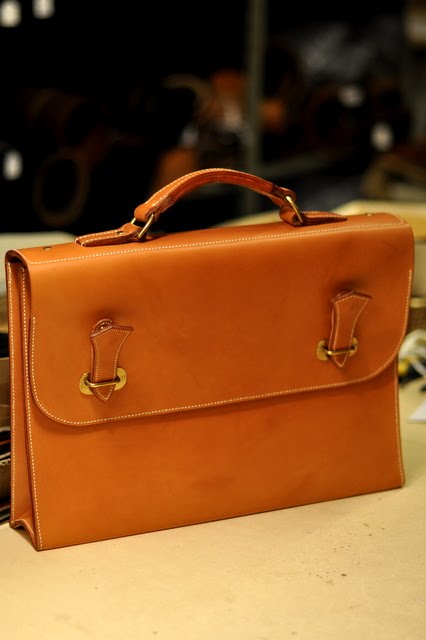 At Stiljournalen’s request Erik Hendriksen retrieved a beautifully natural colour leather briefcase from a display case. He revealed that the design came to fruition in 1942 when the architect Erik Herløw approached them with the design for a fresh take on the briefcase. Together Erik Herløw and Dahlman’s created a very simple design of vegetable tanned core leather with a unique brass closure, one where you kind of push a leather flange through a small clasp. Then the briefcase was DKR 300. Today it’s priced at close to DKR 20,000, approx. 4.000 USD. 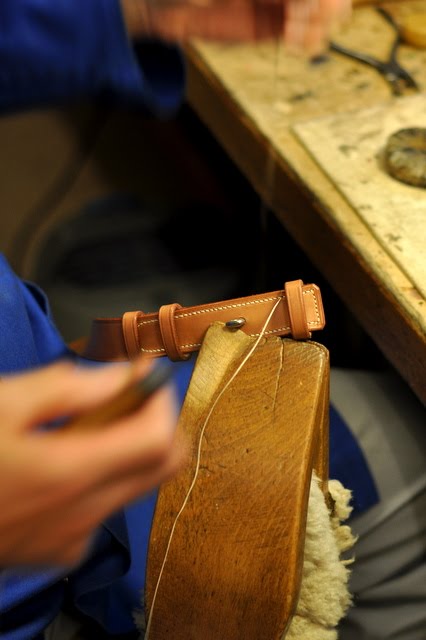 I also studied the Saumur metal hook belt, another classic from the Dahlman studio. Just like the briefcase, an architect, or rather two of them, conceived the design for the belt. According to Erik Hendriksen it was never quite resolved who can take the credit for the belt design, but both Erik Herløw and Poul Kühl were involved.

The belt has the same distinct mix of simplicity and functional innovation about it that also originates from Dahlman’s architect’s briefcase. The original version is of natural hue, 27 mm wide and closed with a Saumur style hook, just like the one that is used for traditional equestrian reins.

The closing of the belt may be simple but you do have to practise how to do it so you don’t break the leather as you close it, Erik Hendriksen remarked. He then proceeded to show Stiljournalen using a couple of practised fingers how one ought to open and close the Saumur metal hook belt. 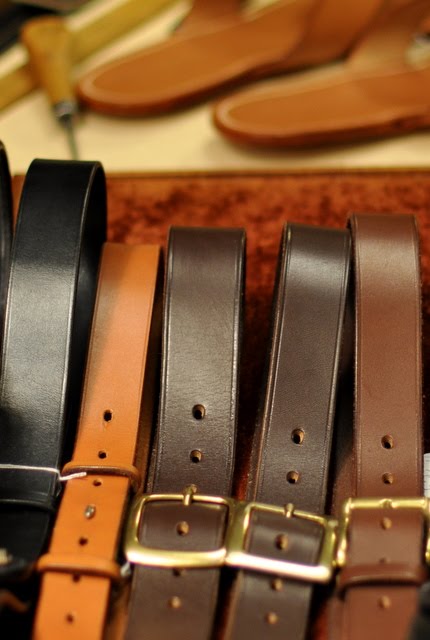 Initially they only produced brown versions of the Saumur hook belt, Erik Hendriksen continued, but during the 1950’s they started making it in black as well. Again, it was an architect, Arne Jacobsen, who made the manufacture happen. He really wanted the Saumur hook belt in black. At that point Dahlman couldn’t source the correct leather from the tannery, so they dyed some of their brown leather with grain blackener and produced the belt Arne Jacobsen had requested. 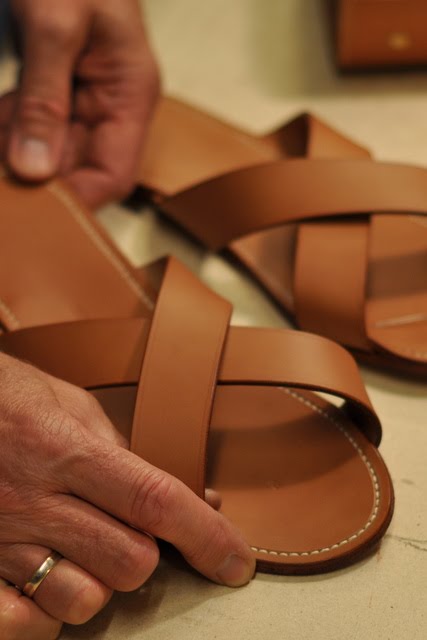 The Journal of Style also enquired about the natural colour sandals which Dahlman’s had displayed on a shelf. They looked very inviting although a tad bohemian and yet again Erik Hendriksen could relay that it was Erik Herløw and Poul Kühl that came up with the idea for them. Erik Hendriksen told me that they custom-make the sandals so that all those of us with wide or narrow feet or a high or low instep can get a pair that fit perfectly. I don’t recall the exact price, but just like the Saumur hook belt, it is roughly DKR 1,000, or approx. 200 USD, and a bit more if the sandals have to be custom-made. 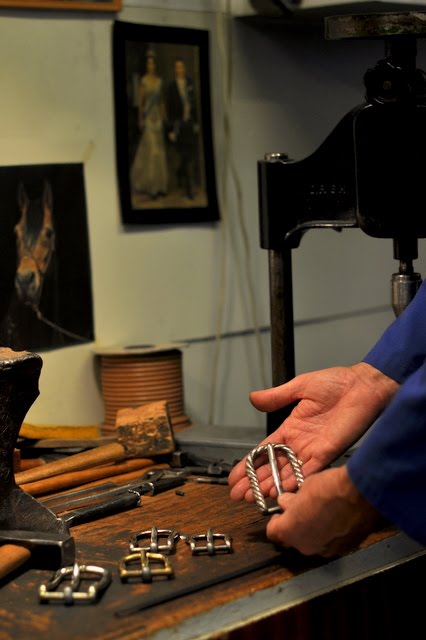 Erik Hendriksen showed me a bunch of silver plated buckles of which some were more than a hundred years old. Originally made for upmarket bridles but now have a second life as exquisite belt buckles. 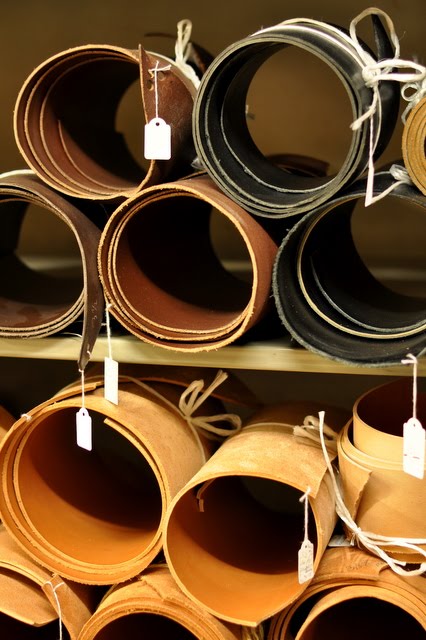 Along one wall the hides were stacked in rolls. By now I’ve seen my fair share of shoe leather and could thus conclude we were in an altogether more rustic genre. Everything was thick and vegetable tanned in the old fashioned style and you could grab hold of a juicy chubby pull-up when you folded it.

Yes, it was an encouraging visit that Stiljournalen paid to Dahlman’s Saddlers. Lovely to experience that a company that reveres the artisan still exists in the heart of the capital.

You can explore more on Dahlman’s homepage (in Danish). 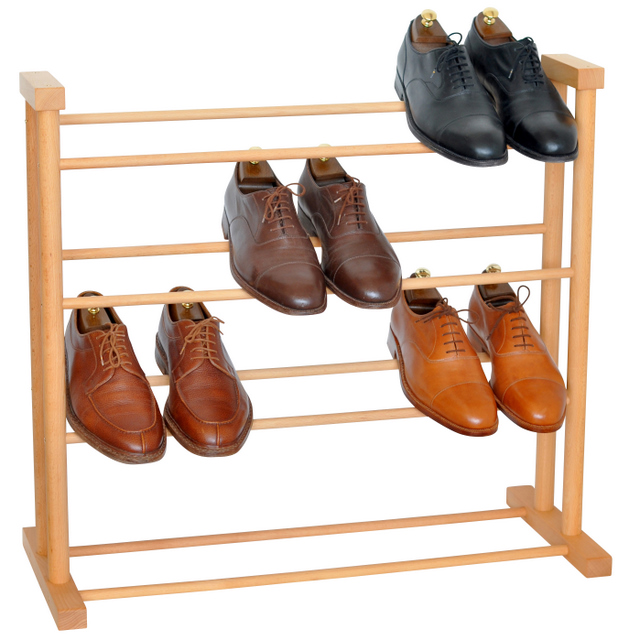 A Bauhaus design from the 1920s. The shoe rack lets your leather soles breathe. Read more … 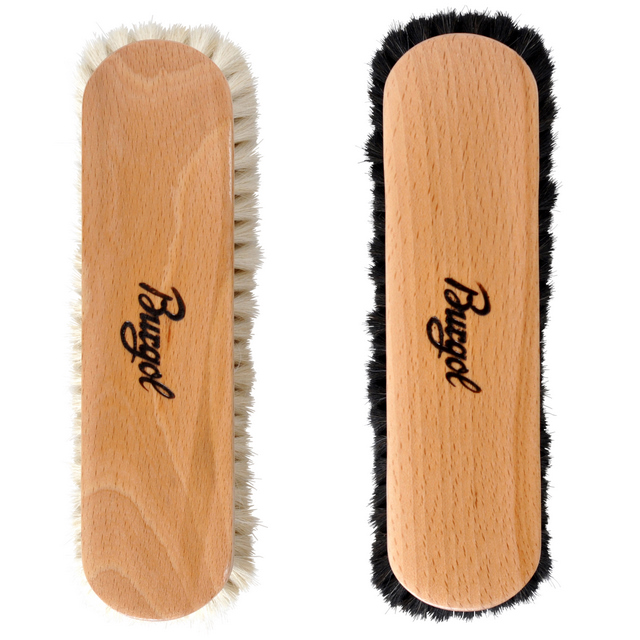 Probably the best polishing brushes in the world. Hand made of yak hair in Germany. Read more … 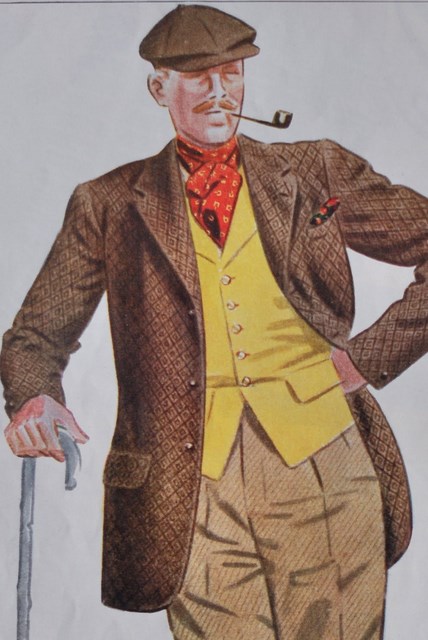 As a lad I lugged bales of straw, fed horses and mucked out cows. I don’t know if that explains my fondness for tweed. It is the cloth of choice for the farmer inasmuch that most of today’s farmers will chuck on Kansas work wear if they are dressing up and t-shirt, jeans and clogs if they follow the crowd.

Anyway, enough of the psychological musings. I am fond of tweed (jackets) and have over the years mulled over how to combine the use of it with other garments.

Once again I can reveal that to my mind the well-executed use of contrast and a consistent whole is the key to a an eminent result if we just keep the fit etc out of the picture for a moment.

This chap here points the way. He mixes the brown jacket with brown trousers (harmony) but notice the two very different hues (contrast). All too often you see men in a tweed ensemble or other dress wear with a separate jacket, where the colours of the trousers and the jacket are too closely matched.

Furthermore: both cloths, whether jacket or trousers, are heavyweight (harmony). The tweed jacket is tweed and the trousers a robust cavalry twill. It is seldom successful if you do not match the jacket with trousers made from cloth of similar weight.

Meanwhile the wool, threads and weave are different (contrast). The tweed jacket has a rough surface and the trousers are comparatively smooth and resemble the cavalry twill’s distinctive large diagonal pattern.

Then we have the yellow waistcoat. It is a contrast and yet it isn’t a complete anomaly to the brown hue. The same goes for the red silk kerchief. It sets itself apart, yet respects the company it’s keeping. The handkerchief is behaving in a similar vein, singing from its own hymn sheet, yet in tune with the other items of clothing. 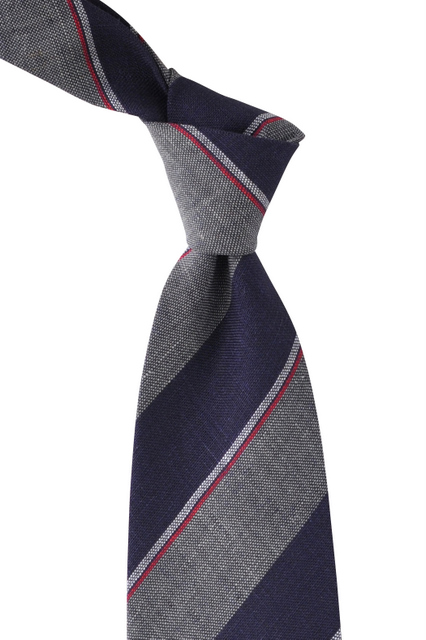 Brummell loved linen, “and plenty of it”. Find our linen for spring and summer here.