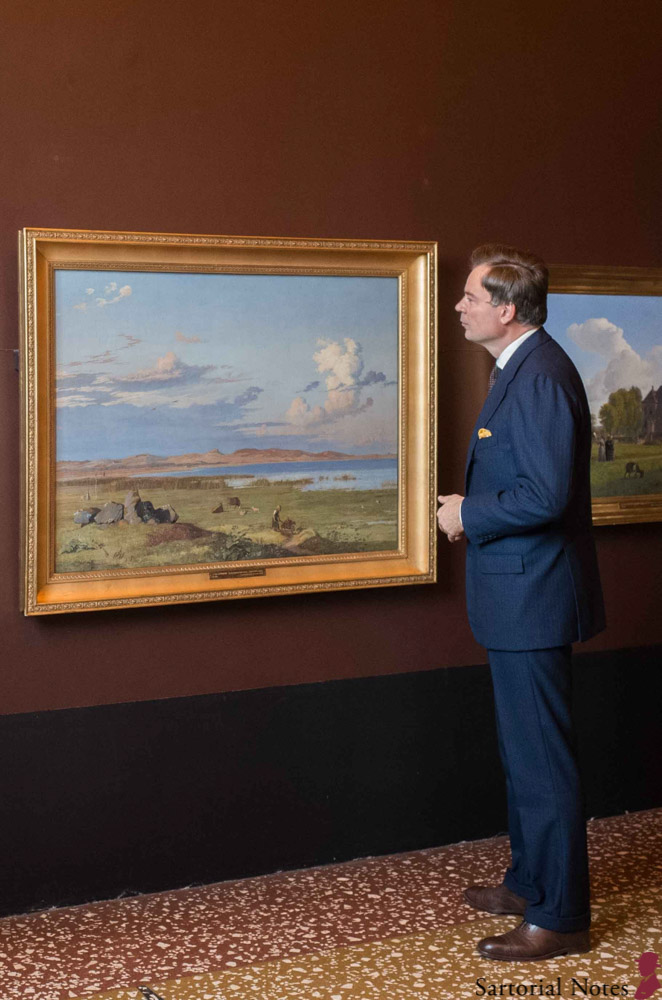 Danish Golden Age paintings, I enjoy them. This landscape painting by Johan Thomas Lundbye from 1838 hangs at Thorvaldsen’s Museum in central Copenhagen.

They continue to inspire. I indulge in Danish Golden Age paintings from the first part of the 19th Century.

On one hand they idealise reality like all romantic art does. On the other hand they take pride in depicting details correctly. The latter means you can get a huge amount of information about costum history.

C. W. Eckersberg (1783-1853) is the father of Danish Golden Age paintings. He became professor at the Royal Academy in 1818. With him The Copenhagen School emerged. Later they would become the Golden Age painters. They are:

Christen Købke is regarded as the best of the bunch.

The detention in Copenhagen, by Martinus Rørbye (1831). 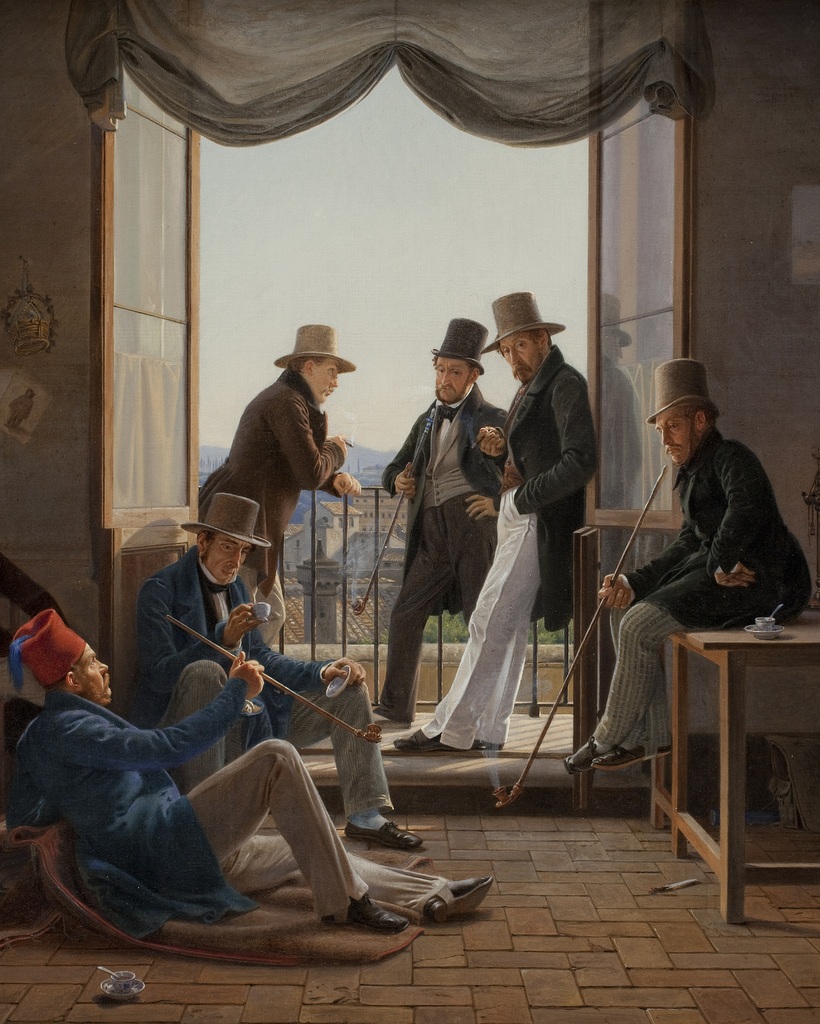 A company of Danish artists in Rom, painted by Constantin Hansen in 1837. 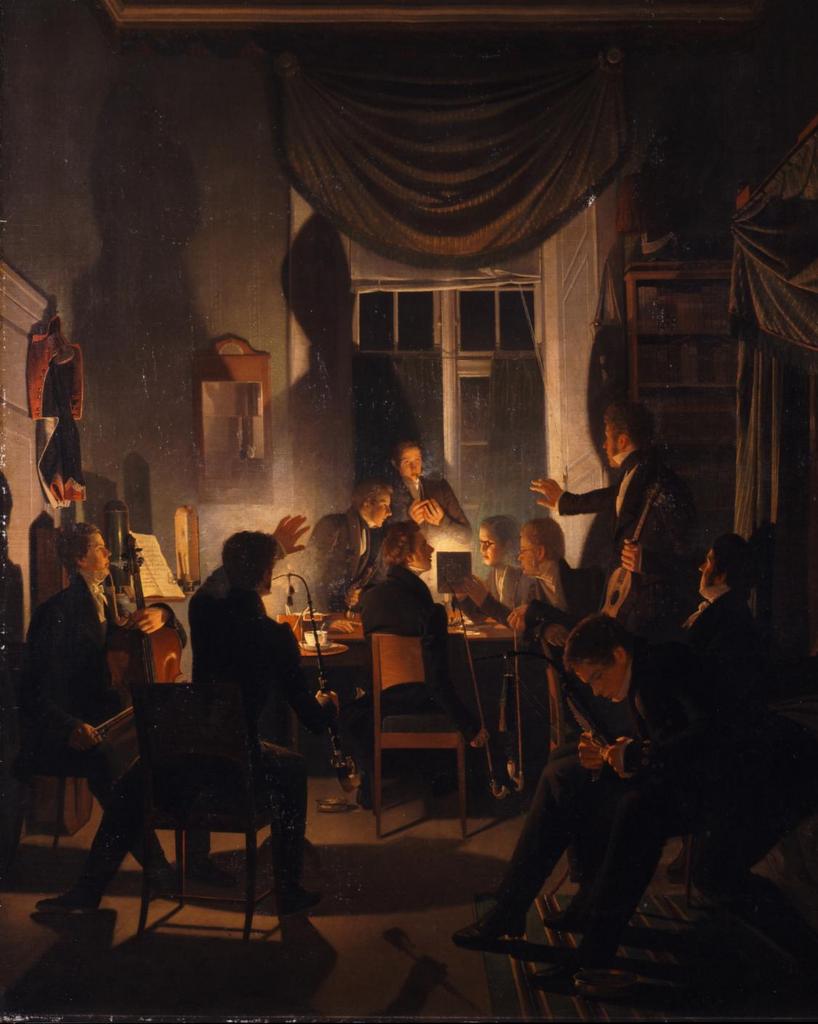 Read my former story on the subject here.