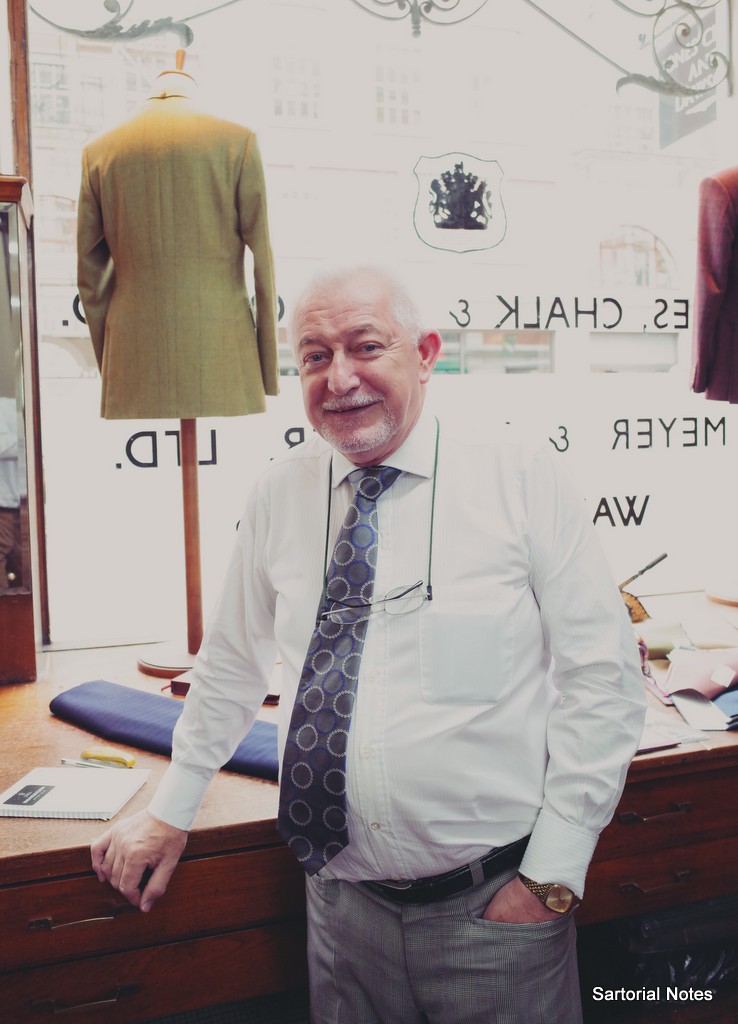 I have a soft spot for independent, mature and very experienced tailors. I have this idea that they are the most capable of making the quintessential bespoke suit, if such a garment exists.

So, I’ve been thinking for some time to place an order with Malcolm Plews, one of the old masters of the tailoring craft on Savile Row. He now works from home coming to Meyer & Mortimer on Sackville Street to meet customers for measurement and fittings.

The other day I was in London, and I went to Meyer & Mortimer to meet Mr Plews for an appointment. It turned out to be a very enjoyable meeting. After measurement and specifications (it will be a single breasted 2-piece suit) Mr Plews told about his life on Savile Row, where he has been working for fifty years. 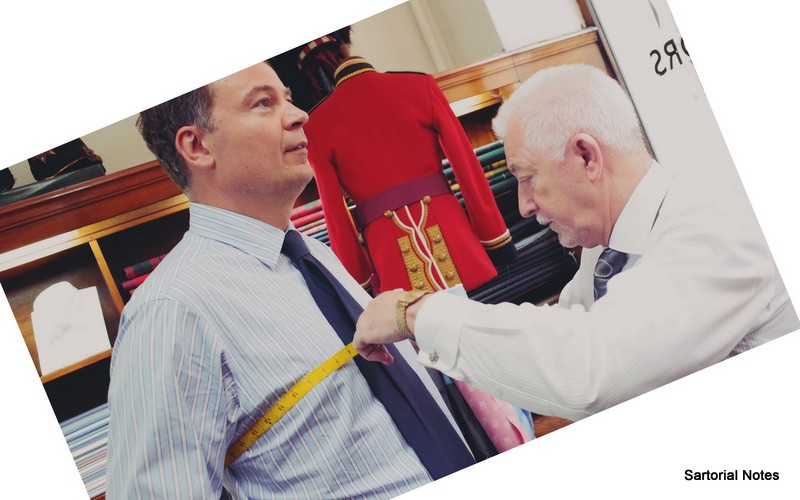 Abracadabra. Malcolm Plews takes a few measurements with the tape measure, and, I guess, a lot of mental notes about a new client. Photo: Sartorial Notes

Malcolm Plews started at Gieves training as a tailor. Later he specialized in cutting. In other words, he is one of those few tailors on Savile Row, who has learned both how to sew and how to cut. At Gieves he obtained experience with military attire too. That should be crucial for his approach to suit making. Today Plews makes a structured suit that is supposed to keep its shape.

“I don’t understand, why I should make a suit, which looks old after a while. A suit should look good all its life,” as he put it to me, when we spoke about different tailoring traditions. 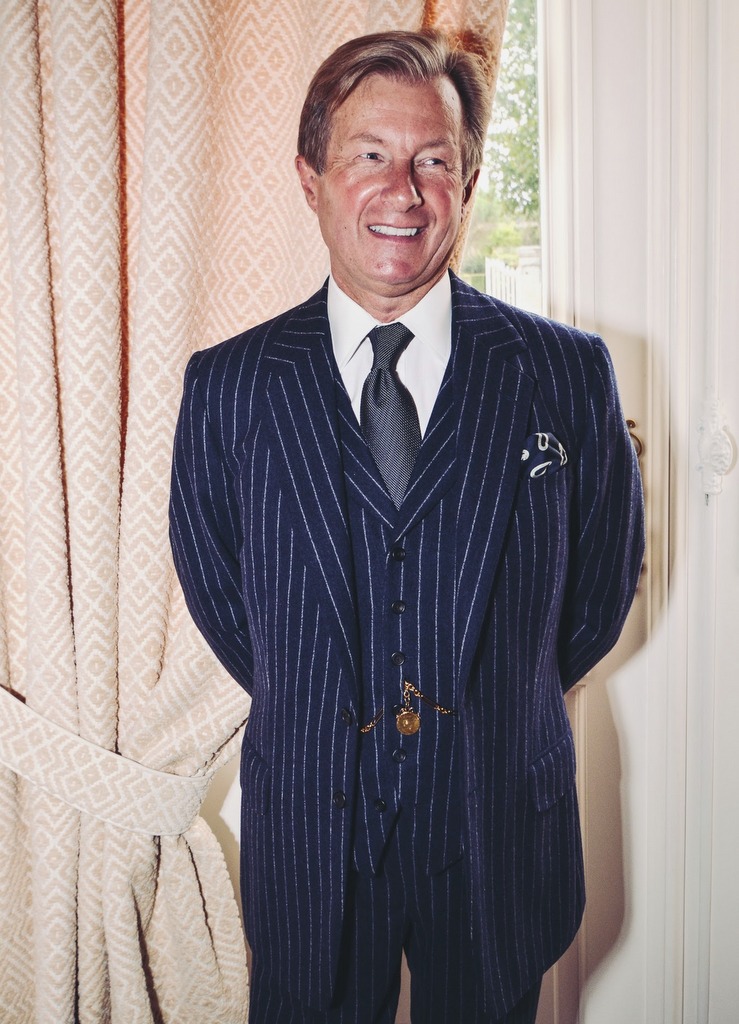 I showed him a photo a of myself in a double breasted Volkmar Arnulf suit. Clearly, it was to his liking.

“It looks like a very fine suit,” he said studying the photo.

He did not mention anything about the Itailian suit that I was wearing, except that he would not make that type shoulder the jacket had (a spalla camicia), and that he would place the pockets sligthly higher. 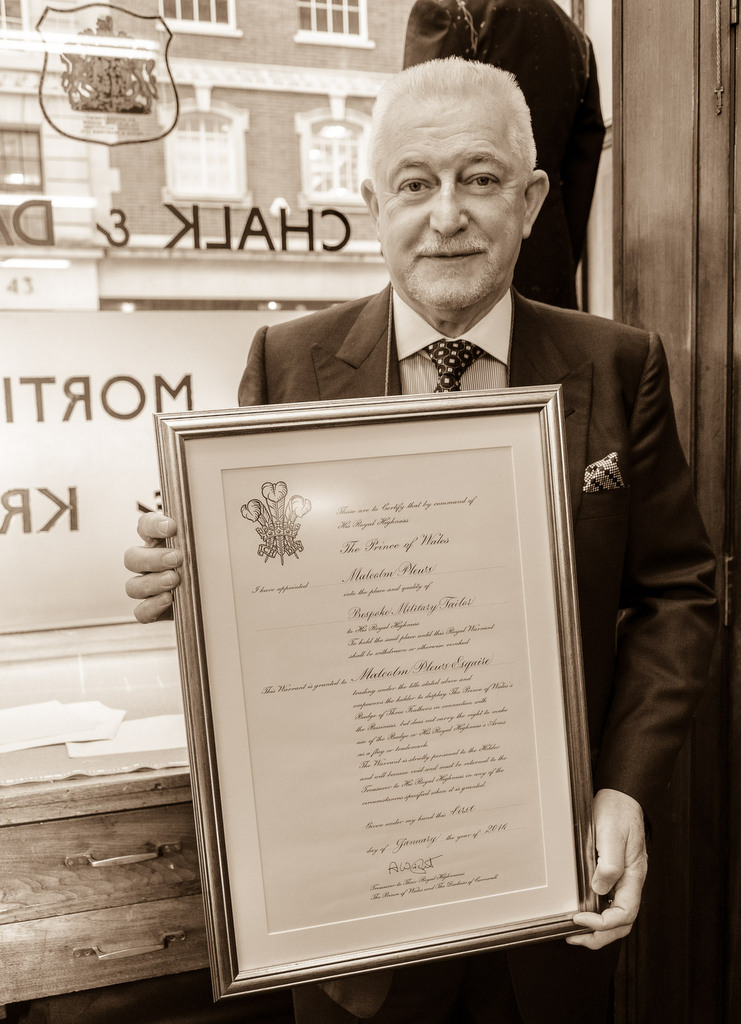 In 2014 the royal houshold awarded Malcolm Plews a royal warrant of appointment to Prince Charles “as the maker of all his bespoke military uniforms, including those of the Scottish regiments.” Photo: Malcolm Plews

After Gieves Malcolm Plews would go to work for several houses on Savile Row. For 12 years he had his own shop at No. 33 on Savile Row, until the building was sold. Then he joined Dege Skinner before working at Welsh & Jeffries, which he left in 2011.

You should pass on knowledge

Then he continued by his own. In this period he has spent time passing on the tools of the craft to younger cutters too, he tells me. He feels obliged to do that, and he likes it. In particular he has been guiding Oliver Cross of Meyer & Mortimer.

“He is very eager to learn, and he can speak with clients,” Mr Plews lauded the young cutter. 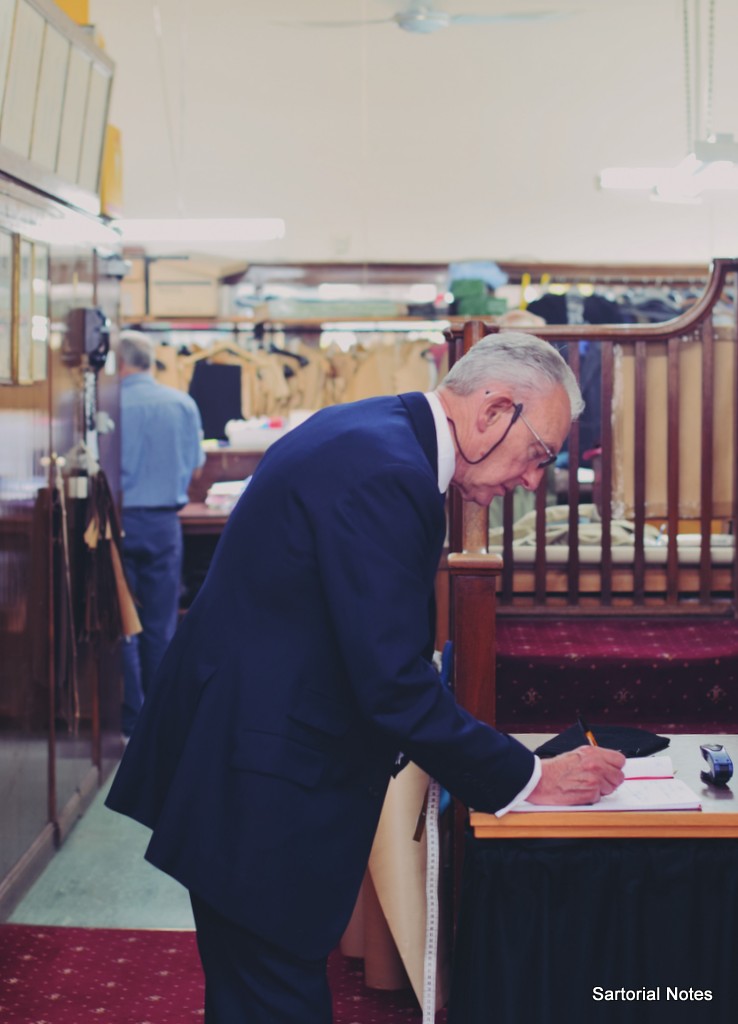 Malcolm Plews also mentioned that more young people now come to Savile Row to become tailors, which he approves of course. At the same time, I got the impression that he isn’t excited about the present state of skilled tailors, partly because schools play a larger role in learning the craft today. You need a long apprenticeship to become a highly skilled and versatile tailor, Malcolm Plews indicated. 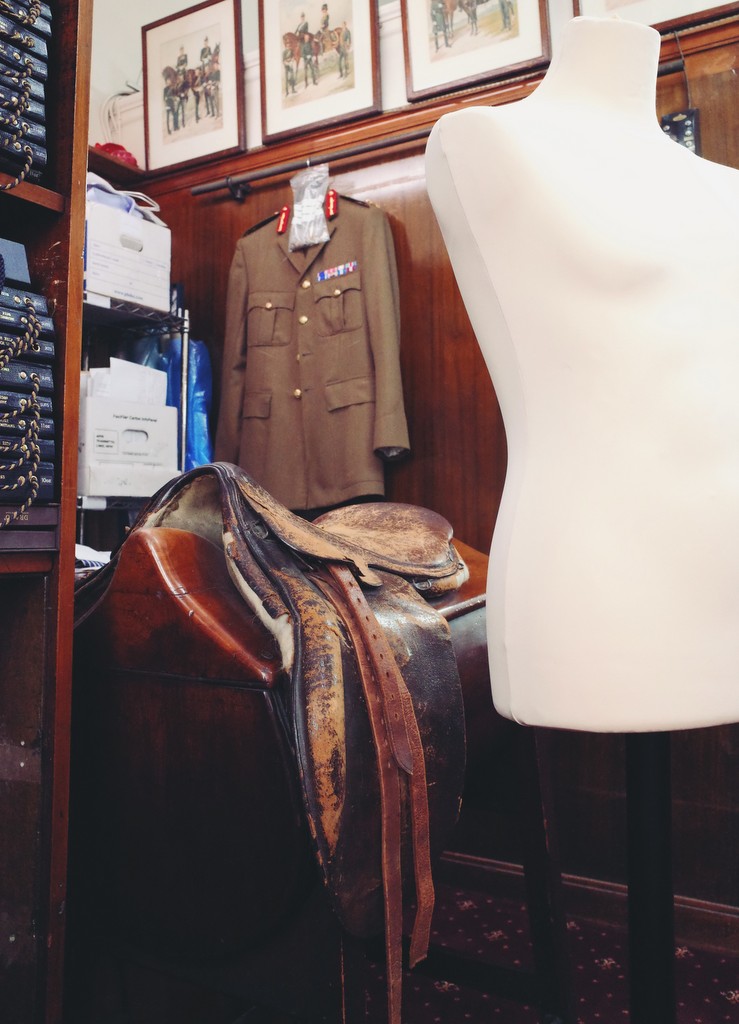 The horse dummy at Meyer & Mortimer’s for fitting of breeches and hunting jackets. Photo: Sartorial Notes

After saying goodbye I went to visit tailors on Savile Row itself. I said to a couple of them that I had just ordered a Malcolm Plews suit.

“You’re in good hands,” both reacted.